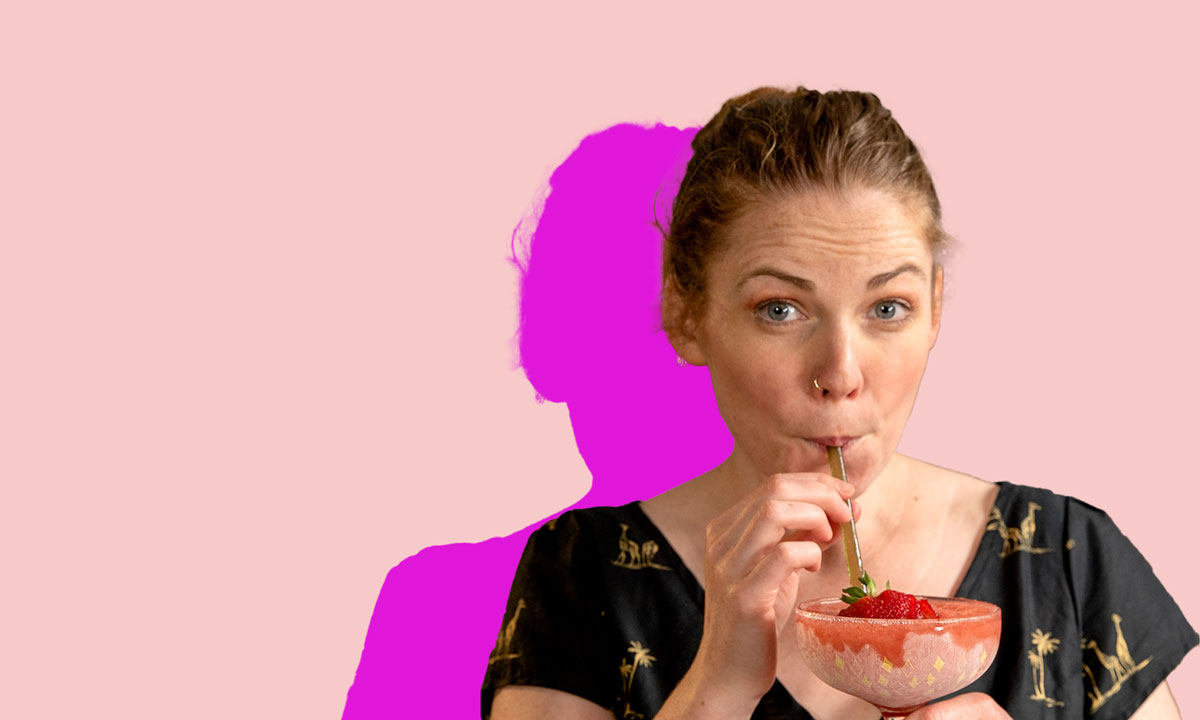 You may know her from her Youtube channel, Behind the Bar and managing at Bomba in Melbourne and now she’s stepping in as a regular contributor right here for Bartender magazine. So we thought we would take the chance to get to know her a little better.

Where do you work?
Bomba Tapas Bar and Rooftop, and my side project is called Behind the Bar with Cara Devine on YouTube.

Tell us a bit about how you got started in the hospitality industry?
I’ve been working in hospitality since I was 16 and legally allowed a job – the choice in my home suburb was waitstaff or checkout assistant, and I figured at least you get tips serving tables! I started taking it more seriously once I graduated from university and did a working holiday in Vancouver. I stumbled into the Pourhouse (similar to the Everleigh here, a very high end, serious cocktail bar) clutching a woefully under-qualified resume but luckily they needed a hostess. I got to watch these hospitality professionals craft amazing experiences for their guest’s night after night and I got hooked. Moving back to Glasgow I sought out somewhere with a quality bar program – The Blythswood Hotel – and managed to talk myself into a job behind the bar, mostly by supporting the same football team as the Bar Manager and knowing the word amaro. I haven’t looked back since!

“I managed to talk myself into a job behind the bar, mostly by supporting the same football team as the Bar Manager and knowing the word amaro. I haven’t looked back since!”

I know you do a few different jobs with managing Bomba and Behind the Bar. Tell me a bit about that.
I guess I don’t really think of Behind the Bar as a job yet, more of a side hustle, but maybe one day… Managing a busy venue is a VERY full time job so it can be hard to juggle other projects and also have a bit of downtime. I’ve always seen BTB as more of a passion project to spread my love of the industry and drinks culture nerdiness! I know that with the reopening I’ll have to be careful though – make sure I actually have the odd day off or it stops being fun.

It’s been a tough 18 months for the hospitality industry, how has this impacted you?
When the first lockdown came it was terrifying. I didn’t know what to tell my staff, or if the industry would survive. It angered me a lot that overseas workers (myself included) couldn’t access government help despite having worked and paid taxes here for, in some cases, many years. Covid-19 EAD was such a great initiative which just proved that this industry never turns its back on its own, so volunteering for them at least made me feel a little less helpless. As it’s become more routine – for us in Melbourne anyway! – and financial help has expanded, some silver linings have definitely emerged. I’ve had much more time to spend on BTB and other writing projects, exercise regularly, cook delicious meals, do crosswords – some habits I’m determined to try and keep in the reopen. The hardest thing (as for everybody) is not seeing people, especially family back home in Scotland, but we’ll get there.

What are some of the things you love about the bar industry?
Getting to facilitate other people’s enjoyment. Whether it’s hosting a milestone event at your venue or just pouring a knock off beer for someone and asking how their day was, you have the power to have a positive influence on their experience (without them even realising half the time!). Plus, I genuinely love good food and booze. I love the cultural and social histories tied up in it, the transportative effect it can have – and working in the industry, not only do I get to spread that love and those stories, but I can eat and drink like a baller on a budget.

Some of the things you hate?
I’m not going to lie; I’m starting to get a bit old for the late nights! I’m getting to the age where I’m starting to think about kids too, and it’s just not an industry that’s very conducive to that yet for women – it feels like we have to work harder than our male counterparts to build careers where it’s a possibility (often out from behind the bar), and we lose so many great hospitality professionals from the front lines because of it.

What advice do you have to rookie bartenders starting out in their careers? Were there any big mistakes you made you’d like to see others avoid?
1. Don’t bullshit, because you never know who you’re talking to.
2. It’s not about you.
3. You don’t have to say yes to a shot – I’m a lost cause, but maybe someone else will heed my advice.

When you walk into a bar, what are you looking for? What makes a great bar experience?
Friendliness. Every venue is aiming to do a different thing, so I don’t think it’s fair to have criteria that you judge them all against – I don’t expect the same from my local pub as from a World’s Top 50 bar, but I want to feel welcomed into both.

Mentors? People who have inspired you?
Brian Grant and Christopher Flett, previously of the Pourhouse in Vancouver. They didn’t laugh at me when I asked for a French Martini for my first knock off (it was the only cocktail I could think of), and patiently taught me something new every shift, even though I was clueless and not hired to work behind the bar, because they could see I was interested. Here in Melbourne (and Australia in general) I’m so lucky to have worked alongside so many talented people that it’s hard to pick just one or two here, but I’m looking forward to profiling some of them for you in the magazine!

What are you drinking right now?
A Rebujito made with fino en rama (unfiltered fino sherry) and Strangelove Fancy Lemonade. I just wrote an article on it and couldn’t not – I’m declaring it the drink of summer 2021.

What are your hopes for 2022?
To be out in the world – ideally on a beach with a Pina Colada in hand.

Where do you see yourself in 5 years?
Spending more time spreading stories around drinks, drinking culture and the hospitality and spirits industries. Still having adventures.

You can have a drink with anyone, alive or dead. Who would it be and what are you drinking?
I want to say David Attenborough but I’m worried I would fall asleep – his voice and a glass of red wine have such a soporific effect on me I don’t think I’ve ever made it to the end of an episode. Maybe I’d just need to get him on the tequilas.

Grace Rawlins: Australian Bartender Magazine’s Rookie of the Year on dry dirty Martinis and why the world is her oyster