Set on Darlinghurst’s main strip beneath the popular craft beer haven and sister venue, Bitter Phew, Hank’s is bringing a new neighbourhood bar to Darlo. What the team describe as ‘the spirit of an old local with a modern-day twist’. On offer are minimal intervention wines, Australian-based cocktails, own-label pale ales and damn good pizza on house-made dough.

“The idea of a good neighbourhood bar sometimes doesn’t get the attention it deserves. There is something romantic about the idea of a regular space that people spend time socialising and possibly, writing their next novel? Creating that space for people to feel at home” says Aaron Edwards, owner.

Lou Dare, formerly of Charlie Parkers, Employees Only and Burrow Bar, joins the team as bar manager. Dare brings his passion for Australian spirits to Hank’s. “I’ve been a big advocate for local producers for a long time” he says, and it’s reflected in the menu.

“The signature Sydney Spritz is a collaboration with Ziggy’s Wild Foods, using a ‘driveway vermouth’ which has been made from weeds foraged from the inner west suburbs of Sydney.”

Hank’s classics use several top-quality local spirits, such as the House Martini with 23rd St Distillery Gin from South Australia and Adelaide Hills Vermouth. The signature Sydney Spritz is a collaboration with Ziggy’s Wild Foods, using a “driveway vermouth” which has been made from weeds foraged from the inner west suburbs of Sydney. The Australian influence is evident without being too obvious, with cocktail names such as the White Sands Negroni and the Cassowary. 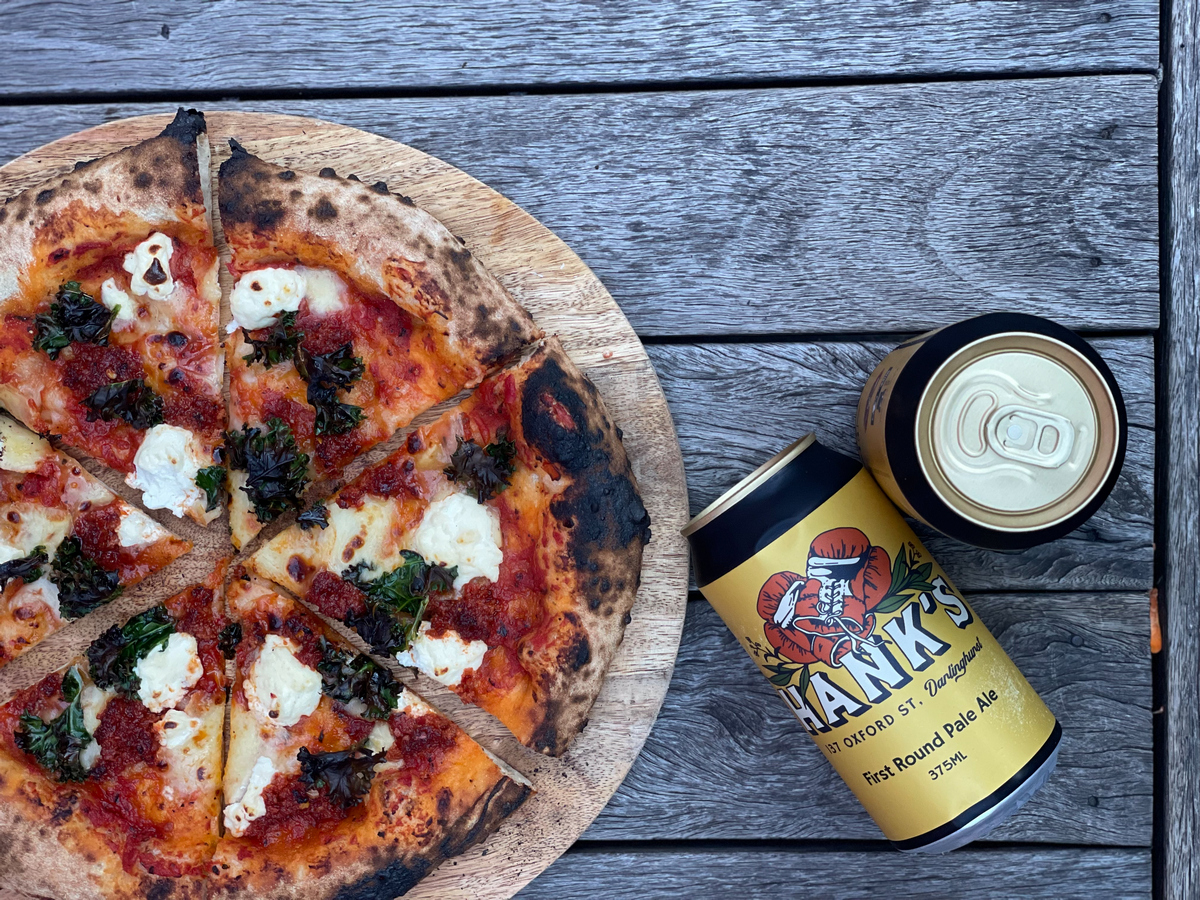 Hank’s own brewed beers, the First Round Pale Ale and the Shotgun Lager are the centres of attention when it comes to the frothies, available both on tap and in cans. The wines focus on minimal intervention, sustainably farmed varieties with a smattering of international examples. Vinden Estate, Ari’s Natural Wines and Jean Bouteille are some names you can expect to find. All good bang for your buck and a bit of fun in what can be a pretty serious space.

The concept of the Hank’s food offering is about “good food keeping people fed”. Taking care of the menu is long-time chef friend of Edwards, Anthony Lot, who has worked at Alberto’s, Belon (Hong Kong), and 10 William. Pizza is the main attraction, with old classics like the Margherita, and the Soppressa and mushroom (a riff on American style Pepperoni). There are also some new style pizzas such as the Nduja, ricotta, kale and honey.