We dug into the Bartender magazine archives for this one and found a story from 2010 by former Editor, Simon McGoram. As well as doing the odd celebrity shift at Piccolo Bar, Simon works for Atom Brands.

If you’re a bit of a cocktail enthusiast, you have no doubt heard of Harry Craddock’s The Savoy Cocktail Book – one of the greatest collections of drinks receipts of all time. Craddock, an Englishman who had been living in the US*, fled Prohibition in 1920 to take up his craft in London at the Savoy Hotel. The book, first published in 1930, has inducted Craddock and indeed the American Bar into the cocktailian hall of fame, but not all the recipes in this work were created by Craddock – far from it.

“Appointed as bartender in 1903, Coley eventually made head bartender and certainly was so by the time Craddock turned up in 1920. For five years Craddock was forced to remain in anonymity dispensing drinks from the back service bar whilst Ada remained the public face.”

Whilst many were borrowed from the great bars from around the world a few owe their conception to one Ada Coleman or ‘Coley’ as she was known. Coley was a female star in a world of male bartenders and was in no small part responsible for the American Bar’s rise to fame during the first quarter of the 20th Century. Appointed as bartender in 1903, Coley eventually made head bartender and certainly was so by the time Craddock turned up in 1920. For five years Craddock was forced to remain in anonymity dispensing drinks from the back service bar whilst Ada remained the public face.

During her time at the American Bar, Coley made cocktails for the likes of Mark Twain, the Prince of Wales, Prince Wilhelm of Sweden, and Sir Charles Hawtrey. It was for Sir Hawtrey (the actor and playwright who was mentor to the great Noel Coward) that Coleman invented a beverage going by the name Hanky Panky.

Before you get too excited about the racy name, keep in mind that in Edwardian England the term ‘hanky panky’ didn’t have the same libidinous connotations as it has today, but was rather used to describe black magic or an evil trick. The term comes from the Romani (Gypsy) term ‘hakk’ni panki’ meaning “the great trick” and is similarly linked to another familiar term ‘hocus pocus’.

Luckily for us Gaz Regan has long been a fan of the Hanky Panky and some years ago Gaz and Mardee Haidin Reagan dug up this little gem from England’s The People newspaper from 1925. In this piece Coley herself explains the drinks creation and christening:

“The late Charles Hawtrey … was one of the best judges of cocktails that I knew. Some years ago, when he was overworking, he used to come into the bar and say, ‘Coley, I am tired. Give me something with a bit of punch in it.’ It was for him that I spent hours experimenting until I had invented a new cocktail. The next time he came in, I told him I had a new drink for him. He sipped it, and, draining the glass, he said, ‘By Jove! That is the real hanky-panky!’ And Hanky-Panky it has been called ever since.” 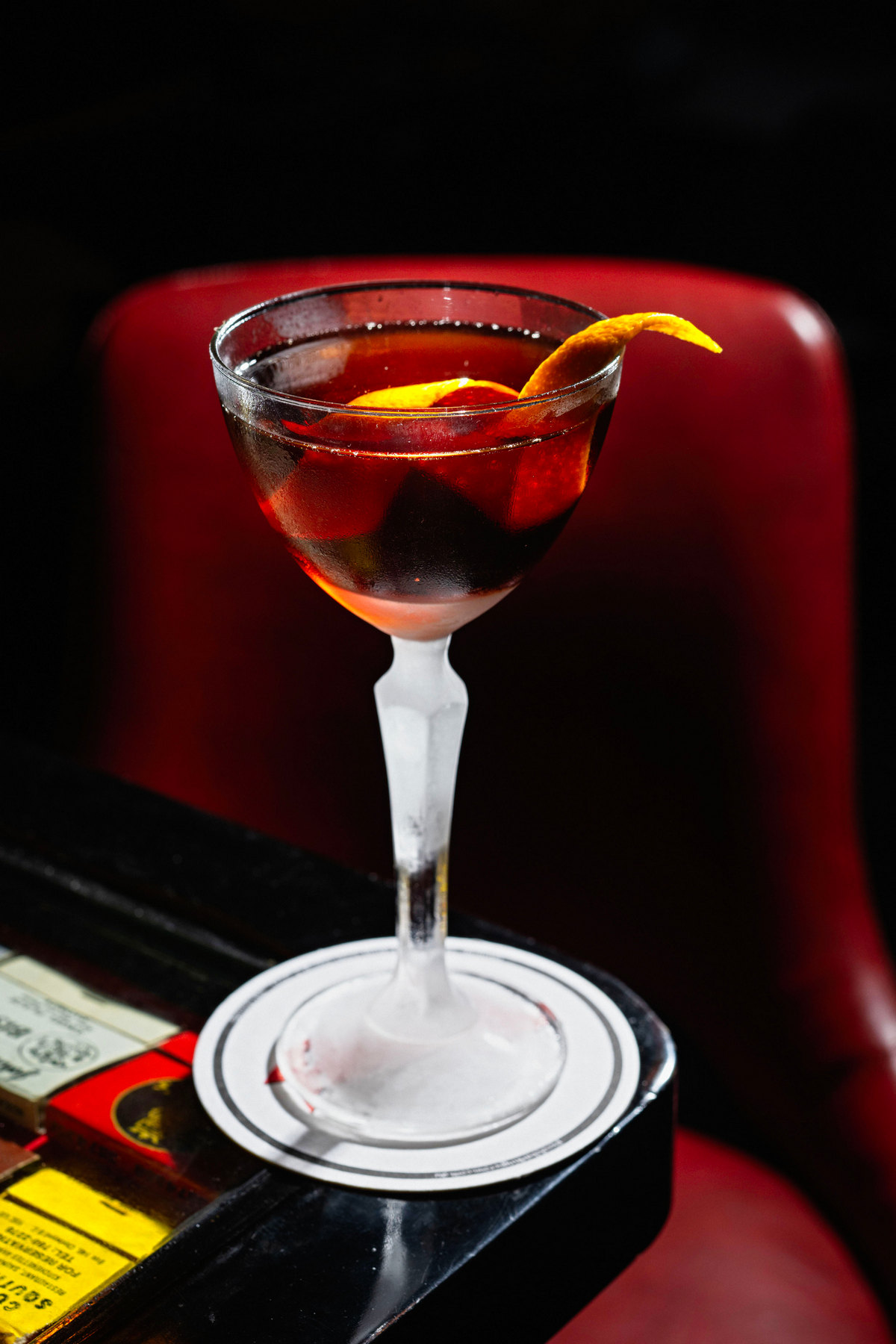 * Thanks to Martin Hudak for the correction in this story. Harry Craddock was originally said to be American in this piece but he was actually an Englishman who had moved to the US in his early years