Launching in December last year, Chuck Trailer’s is a new bar in Sydney’s iconic beach suburb, Bondi. And this one is bringing the best of Inner West dive bars to the heart of the Eastern Suburbs. This concept comes from the owners of local favourite, Neighbourhood Bondi, and is their first foray into the world of fried chicken and bourbon.

Located in a hole in the wall, right next to Bondi Beach, the venue is an energetic and vibrant space that truly captures the dive bar experience. Chuck Trailer’s is the culmination of a 10-year friendship between Ben Campbell and Brendan Darcy, two Brits with years of experience working in bars across the UK and AUS.

We checked in with Ben and Brendan to talk about their journey into bar ownership in one of the most famous beach suburbs in the world.

Tell us a bit about how you got started in the hospitality industry?
Brendan (Beej): Ben got his start in hospitality working at the cocktail bar, The Alchemist in the UK for five years before coming to Bondi in 2016. I also worked at The Alchemist which is where we met. I started as a bartender and eventually became The Alchemist Group’s youngest ever GM, where I ran and opened venues across Manchester, Liverpool, and London. How did you come to take over Neighbourhood Bar?
Beej: Ben’s first drink in Bondi was at “The Hood” back in 2016 and loved it from the first sip. By the time I arrived in Australia, he had managed to bag a job there and worked up towards the GM role. We realised not long after, that the previous owners wanted to move on. It seemed like fate, as we had concocted a plan to run our own bar together when we met back in 2011.

You have opened a new bar during a pandemic? What have been some of the challenges?
Ben: There has been some pros and cons to be honest, we signed the lease just four days before the second NSW lockdown, which put a right old spanner in the works. Construction was halted for a few weeks and then for a long period we were restricted to how many people were allowed on site, putting us in a position where we had to do everything ourselves. We struggled to source materials, with LGA restrictions, lack of imports and international courier issues to only adding insult to injury, but all this made us more creative. By the end of the build we had ended up doing the entire fit out ourselves and personally, we think that means a lot.

Staffing has been crazy. The “Bondi Bubble” nature of the area has meant that Neighbourhood has had an amazing amount of support from the locals as we re-opened. This was kind of a double-edged sword as we found ourselves halting the completion of Chuck’s to sling margaritas to the masses at Neighbourhood.

You clearly love Bondi, why is it a great place to own/ open a bar?
Ben: There’s something about Bondi, the overwhelming sense of community, that is so welcoming. The local support has been tremendous over the last crazy couple of years and there has been a lot of local developments which is great, we think that it is exciting time for Bondi.

It’s been a tough two years for the hospitality industry, how has this impacted you?
Ben: It’s been hard work, but we were able to stand back and take a bird’s eye view of our business and made several operational changes that ended up putting us in a great position to expand.

“Tim Bacon who trained Tom Cruise for the movie Cocktail, also founded Living Ventures, where we both started our Hospitality careers in the UK. He created an empire based on great training and the idea that personality always comes first. What we learnt from working for L.V. has certainly been a big part of our success.” – Brendan Darcy

What are some of the things you love about the bar industry?
Beej: No day is ever the same. There may be monotonous rosters, but the people you meet and the relationships that you are able to create is something that will keep us stuck behind the stick for years to come.

What has been the best experience so far with Chuck Trailer’s?
Beej: Our launch night was great fun, we had so much support and even managed to tattoo 11 people with the Chuck Trailer’s logo. A kind of next level loyalty card. You can’t get much more supportive than that.

What advice do you have to rookie bartenders starting out in their careers? Were there any big mistakes you made you’d like to see others avoid?
Ben: Be yourself! Personality is always for us the most import thing that we look for in a new crew member, you can learn the classics over time, but it’s being genuine which is what any guest appreciates the most. What makes a great bar experience?
Ben: Remember people, if you recall a someone’s favourite corner of the venue, or drink – suggest it. Building relationships with your locals, suppliers and people in your community always pay off.

Mentors? People who have inspired you?
Beej: Tim Bacon who trained Tom Cruise for the movie Cocktail, also founded Living Ventures, where we both started our Hospitality careers in the UK. He created an empire based on great training and the idea that personality always comes first. What we learnt from working for L.V. has certainly been a big part of our success.

What are you drinking right now?
Ben: June Bugs and Boilermakers.

What are your hopes for 2022?
Ben: The chance to operate normally again.

Where do you see yourself in the next 5 years?
Beej: Expansion is certainly on the cards, as much as Bondi has been important for the start of our business, we hope we will have spread our wings beyond “The Bondi Bubble” within the next few years. 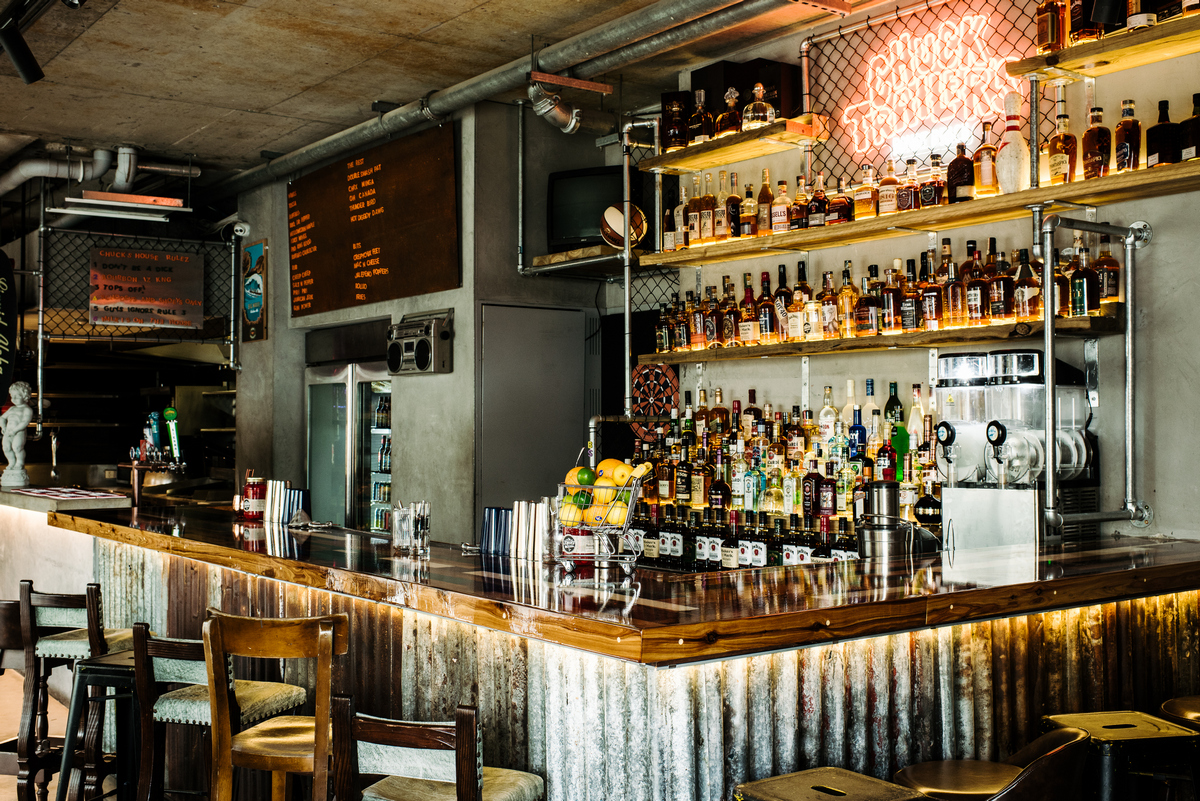