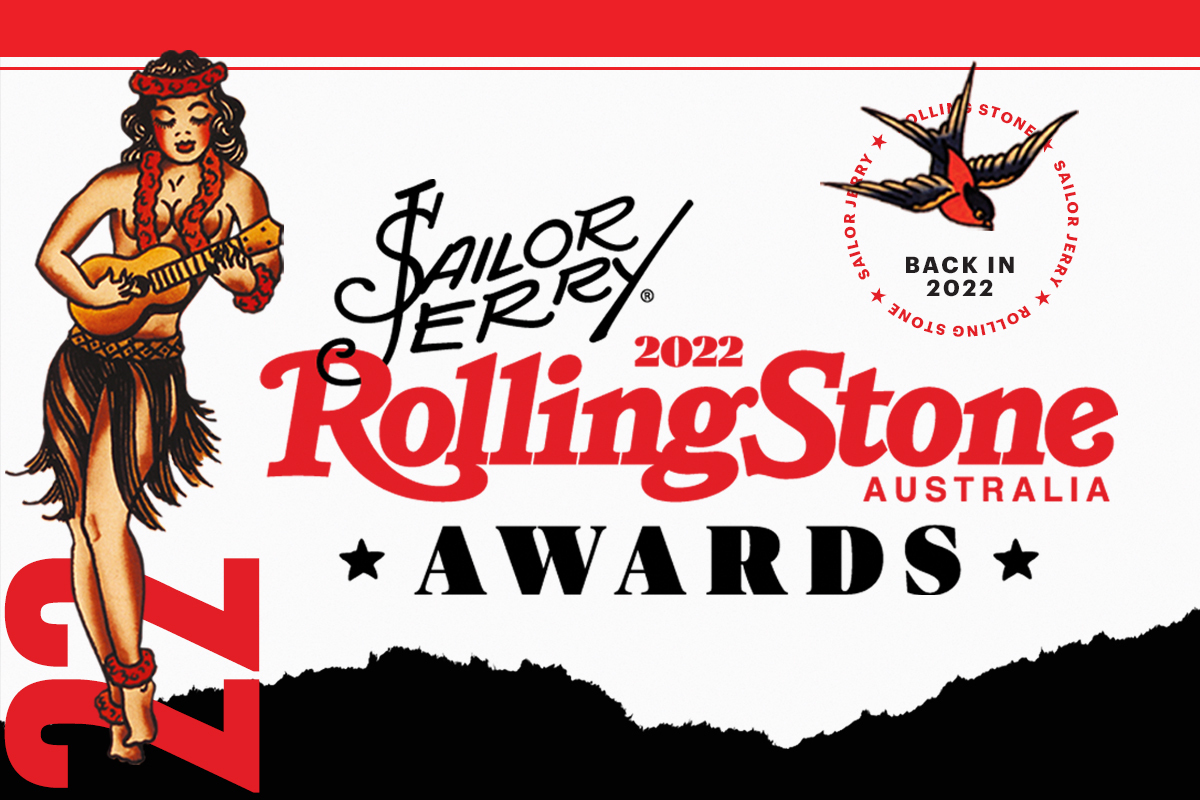 The Sailor Jerry Road to Rolling Stone Australia Awards will visit Sydney, Melbourne, and Brisbane at the sticky-floored band rooms that punters miss so dearly. The team at Sailor Jerry are super keen to see as many industry folks as possible at these free live music events. The doors are open, so make sure you get on down.

The past two years have been the toughest on record for Australian artists. Gigs and tours have been cancelled, dreams delayed, and the music has all but stopped for numerous hard-working musicians who would otherwise be performing to packed crowds on any given night.

With such serious challenges facing the live music scene that we all know and love, Sailor Jerry and Rolling Stone Australia have come together in a grassroots effort to bring live music back to stages and independent venues around the country.

Eliza & The Delusionals start the series on March 2 at Suzie Wong’ s Brisbane, then The Grogans will play Stay Gold Melbourne on March 16, before The Terrys hit Jolene’s Sydney on March 17. You can support these events and register for tickets on the Rolling Stone Australia website.

Each gig will be kitted out with an exclusive Sailor Jerry bar to ensure the soundtrack is complemented with the perfect spiced rum to match.

“Sailor Jerry is backing live music in the bar industry all across Australia, ensuring we can connect with one another and unapologetically get back to our roots.” – Lucille Rose-Hopkins, Sailor Jerry Brand Ambassador

Poppy Reid, The Brag Media’s Managing Editor, said: “This partnership with Sailor Jerry to see music return to live stages across the country at a grassroots level is our way of investing back into the industry that inspires us every day.

“The potential impact of this free gig series is limitless and I look forward to Rolling Stone Australia and Sailor Jerry playing its part in reconnecting fans with live music again,” she added.

Lucille Rose-Hopkins, Sailor Jerry Brand Ambassador, said: “Sailor Jerry is pumped to partner with Rolling Stone Australia to shine a spotlight on the local Australian music scene and give support to an industry challenged in recent times.

“Sailor Jerry is backing live music in the bar industry all across Australia, ensuring we can connect with one another and unapologetically get back to our roots,” she added.

The gigs will be open door. Rolling Stone Australia will announce set times and further details closer to the gig dates, so we encourage those interested to follow the mag on Facebook and via the awards portal for updates.

This year, the awards return to The Argyle in Sydney on March 30, with hosts and a stack of exclusive live performances to be revealed in the weeks ahead.

Some of the biggest artists and bands were up for nomination at the inaugural awards, with the likes of Tash Sultana, Tame Impala, and Midnight Oil all serving as big winners on the night.

Remember gigs? Adam Barton on how COVID is still playing havoc with the live music scene