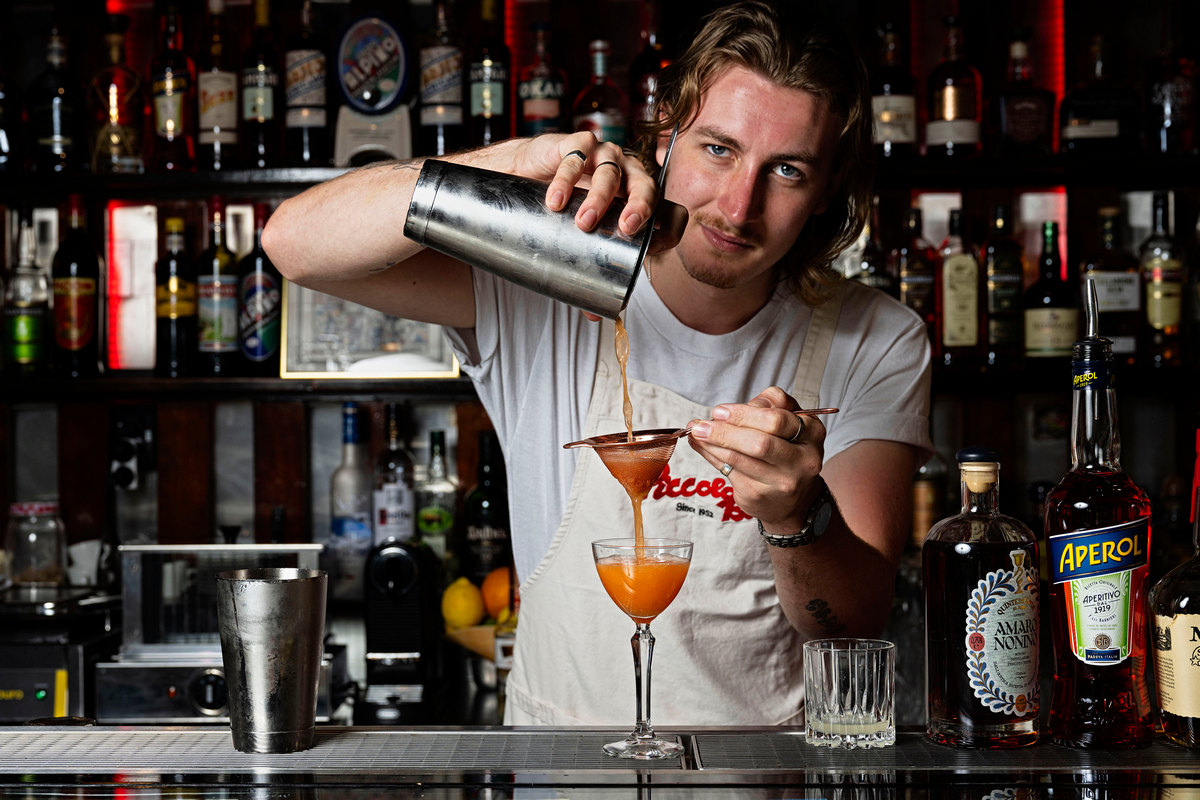 The Paper Plane is delicious. It’s the perfect balance of herbs, acidity, sweet fruit and bitterness that makes a cocktail instantly quaffable. Considering the drink’s popularity, it seems like a classic out of the early 20th century. But it was only invented in 2008 by Aussie legend and NY expat Sam Ross (the co-owner of Attaboy and Diamond Reef in New York City).

The drink follows a four equal parts format (and is often likened to gin-spiked cocktail, The Last Word). For the Paper Plane, it’s equal parts with American whiskey, Amaro Nonino, Aperol and lemon juice. You don’t want to overshake this one – you want it icy cold but not watery.

At Piccolo Bar (which opened in late 2021), the Paper Plane made it on to the second incarnation of the cocktail list as it fits perfectly with the aperitivo, simply-made, classic cocktail concept. Also, customers kept asking for it! With a strong focus on amari, the inclusion of the delicious Amaro Nonino, also fit nicely into the cocktail offering.

Amaro Nonino is an Italian amaro or bitter liqueur which was invented in 1992 by a distiller named Antonio Nonino in Friuli, Italy. It’s unique because it’s made using grappa infused with herbs, fruits and botanicals. Amaro Nonino is deliciously bitter and sweet in equal parts, with notes of orange, honey, vanilla, licorice, allspice, mango, pepper, and cocoa.