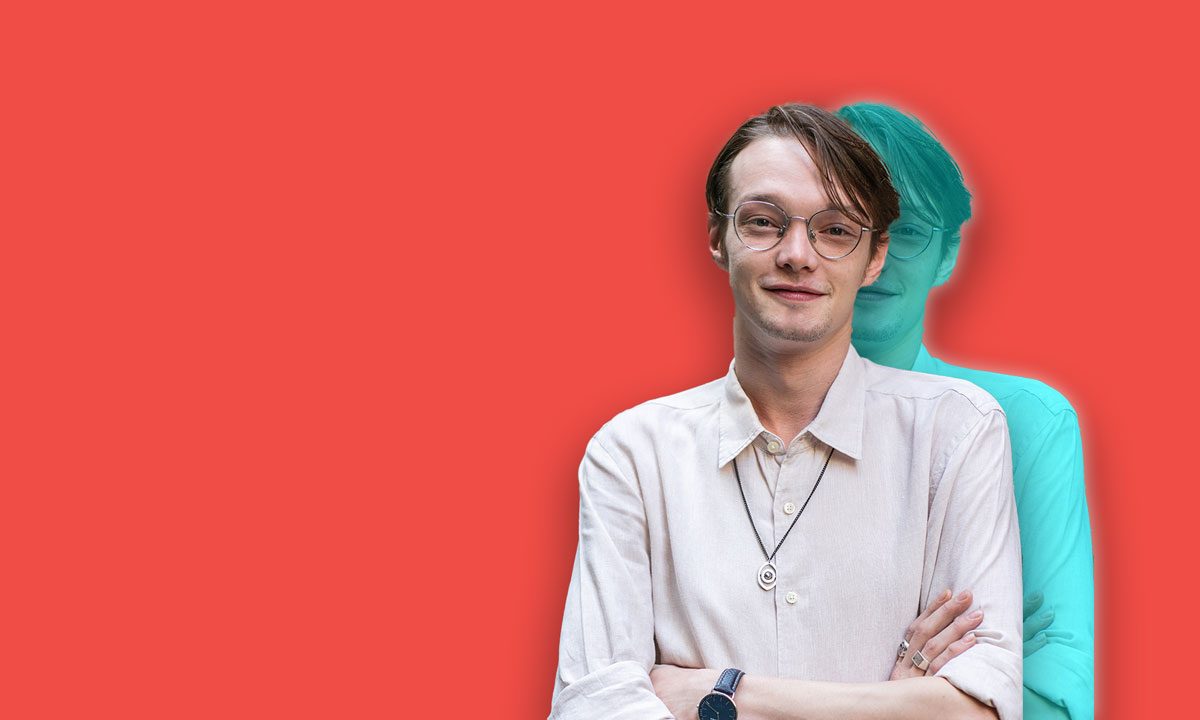 Apollonia, part of the Hinchcliff House development at Sydney’s Circular Quay has been humming away delivering its underground Sicilian bar vibe since late 2021. The whole of Hinchcliff House covers four floors and is brought to us by House Made Hospitality, with familiar hospo names like Scott Brown (Creative Director) and Jason Williams (Beverage Director) in charge of operations. Alissa Gabriel (of Mjolner and Kiss Kiss Bang Bang fame) is in charge of the drinks and Alexander Thorn is in the role of Head Bartender.

The whole of Hinchcliff House covers four floors and has a capacity for 450 people. This includes Grana, an eatery with a bakery, the “premium-casual” Lana restaurant, and the aforementioned Apollonia. The top floor will be an events venue, slated to open in may.

When you head to Apollonia, you’re likely to be greeted by Alex. Here, we pose a couple of questions to him about life behind the bar and what it’s like to work with some industry legends.

Give us some background about how you got into the hospitality industry and how long you’ve been doing it?
Technically 13 years, but I only count the last 7. I got asked if I was happy to get paid to pick up cups, which at the time I was. 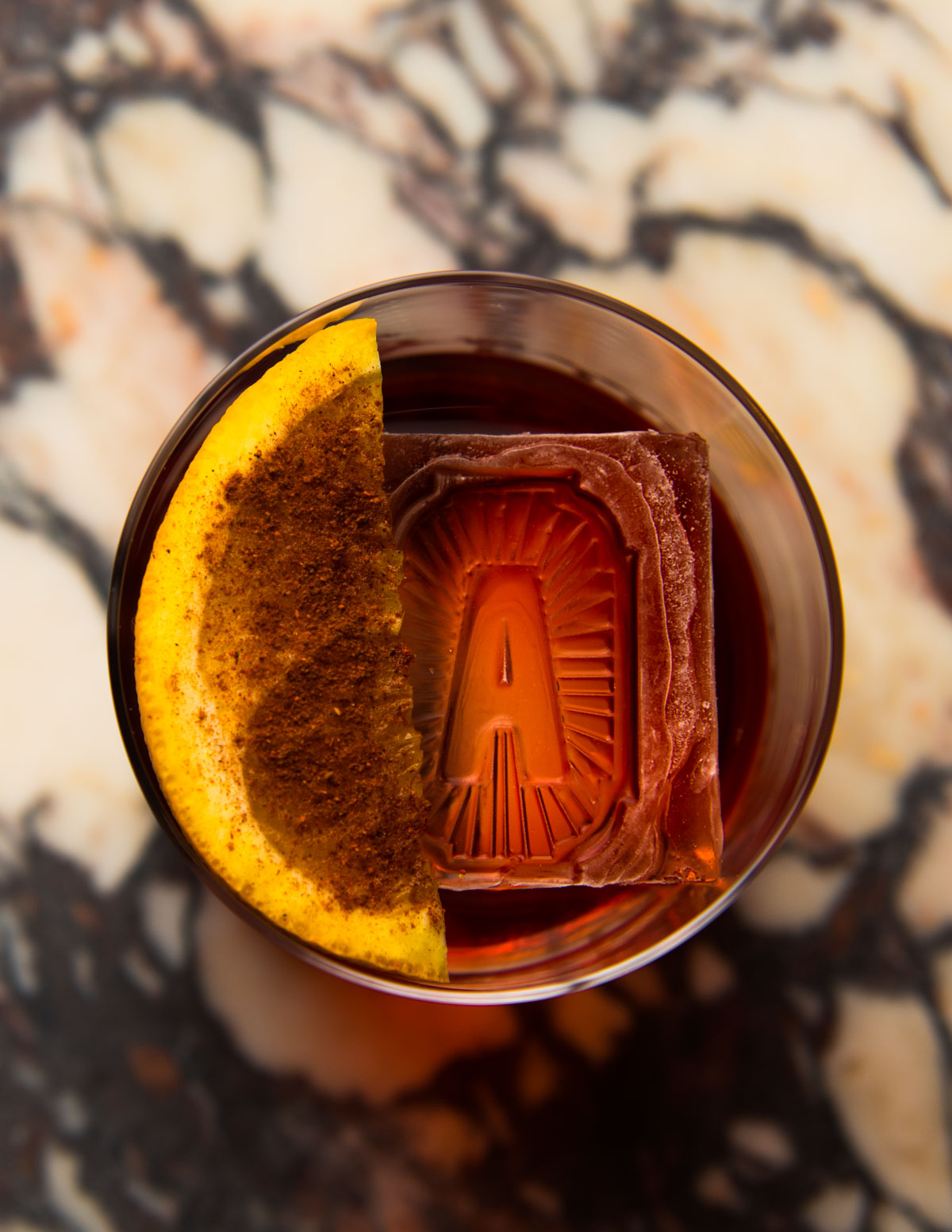 How did you get the gig at Apollonia?
An old friend contacted me about an opportunity in an exciting new bar that was opening up in Quay Quarter, and after chatting with the team in the venue (and having a thorough sticky-beak) I couldn’t resist.

“I love learning, and the combined mentoring of Widge, Alissa Gabriel, and Rusty [James Russell] has shown me just how much more there can be to hospo, and that the skill ceiling is far higher than I had previously imagined. Particular thanks to Alissa in this regard; I’ve learnt more in the last year working with her than I had in the previous six years of hospitality. Her knowledge and creativity both astound and inspire.”

You’re working with some industry legends (a la Jason Williams), how has the experience been for you?
Fun and humbling at the same time. I love learning, and the combined mentoring of Widge, Alissa Gabriel, and Rusty [James Russell] has shown me just how much more there can be to hospo, and that the skill ceiling is far higher than I had previously imagined. Particular thanks to Alissa in this regard; I’ve learnt more in the last year working with her than I had in the previous six years of hospitality. Her knowledge and creativity both astound and inspire.

What are some of the things you love about hospo?
I love how it’s this beautiful combination of skill and art, science and passion. We are lucky to work in an industry that is based on compassion, empathy, and generosity – that a single smile can make someone’s night shows how truly powerful we really are.

Apollonia opened in the pandemic; what impact has it had on the bar?
The great bartender drought of the 2020’s definitely affected us, but it affected everyone. There were some long hours opening up, but that’s to be expected when opening a new venue. We’ve been plenty busy despite the rain which has been great to see.

What are some of the things you don’t like about the hospitality industry?
I could certainly go without being asked “So what’s your real job?” Last time I checked we don’t get paid in monopoly money.

Are there any bars overseas that are on your hitlist?
My girlfriend and I are planning on going to Singapore sometime soon, so Atlas and 28 are definitely on the list. I’ve also always wanted to go to New Orleans, but that may be a bit further down the tracks.

Trends. What cocktail trends are hot right now? And what do you see happening in the next year or so.
I’ve definitely noticed a trend towards Mezcal and Mezcal-based cocktails recently.

Do you have any mentors or people that you really respect in this industry that have helped you along the way?
Sorry Alissa but you’re getting a double-mention. She has both pushed me and encouraged me, and I wouldn’t be a quarter of the bartender I am today without her leading example.

Where do you see yourself in five years?
Hopefully my fruit trees will be a lot taller, and I will have learnt how to collect spirits instead of just drinking them as soon as they hit my cupboard.

Your signature drink?
The Salvatore is named for Salvatore Averna, the Sicilian who invented Averna. This riff on a Boulevardier (In case you can’t tell, I’m a big Boulevardier fan) is designed to be a bartender’s winter dessert, as it’s warming and sweet, whilst still being spirit-forward and a little bit herbal. Averna is my favourite Amaro as it tastes of dark chocolate, vanilla, caramel, and lemon, with that beautiful herbal bitterness on the aftertaste that is so emblematic of Italian amaro. I swear they aren’t paying me to say this, I just think its hectic!

Stir down, strain over ice block
Garnish with a lemon slice and rosemary oil spray.

1. What’s your favourite bar in the world (other than the one you work in):
Ooh hard question, but if I had to pick I’d say About Time

2. What’s the funniest thing a customer has ever asked for/ said:
We have a cocktail on our menu at Apollonia named the Hills of Savoca (which is a must-try by the way), and I once had a guest come up and enthusiastically ask for the “Hills of Ceviche”! The image of just piling cubes of raw fish into the shaker instead of ice still makes me chuckle. I also had a guy ask me about our Milk Punches, and whether or not we punch the milk ourselves, to which I obviously replied with a yes. This has spawned our future trivia team name, The Apollonia Milk Punchers.

3. What are you drinking right now?
A Boulevardier that’s heavy on the Punt e Mes

4. Favourite person/people to work with?
Jake Errey, the bar supervisor of Grana (who I’m voting for as Rookie of the Year).

5. If you could have a drink with someone (alive or dead) who would it be?
Two old friends who I miss very dearly.

Bar Mammoni: A touch of Italian-style drinking to book-end your work days