Events, Featured
4 weeks ago
by Our Sponsors
0 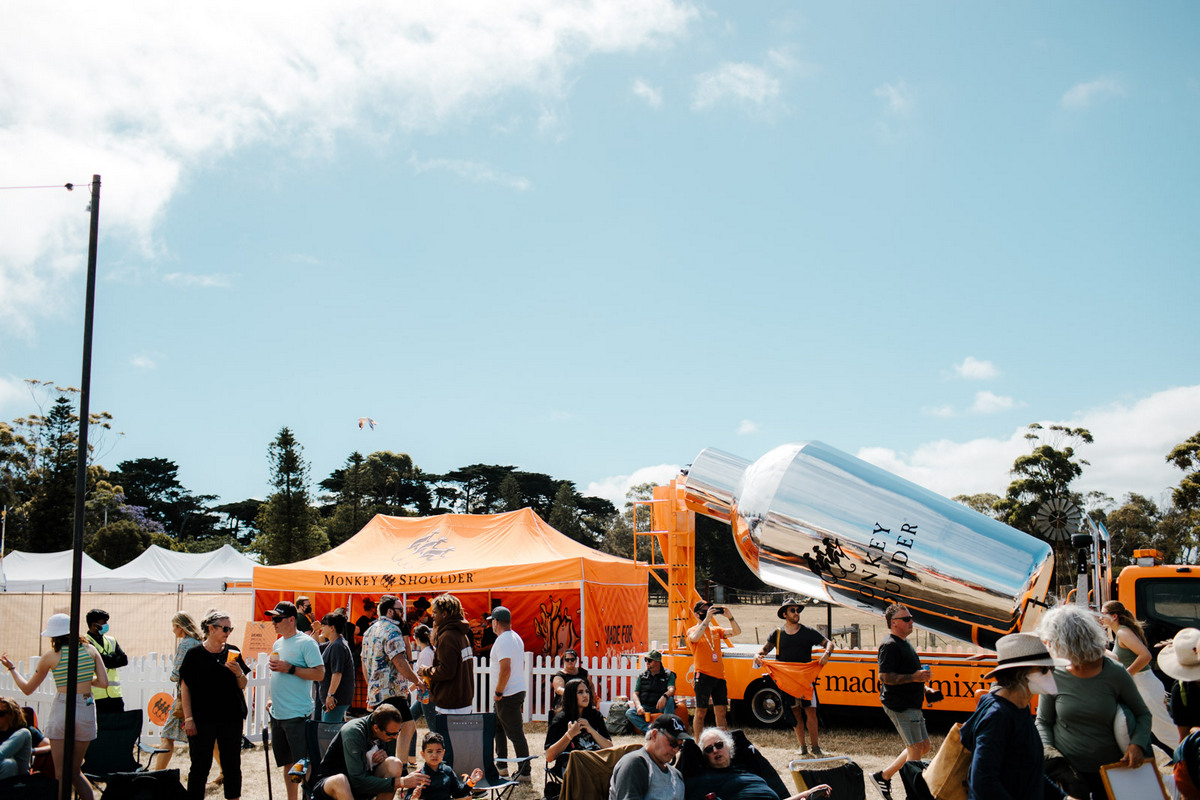 The Monkey Shoulder Mixer Truck rumbled down the road somewhere on the outskirts of Gippsland, beyond Melbourne, glinting in the sunlight, it’s 12-metre cocktail shaker spinning and suggestive of the 50,0000 Old Fashioned cocktails it could carry within. It’s the size of a bright orange double decker bus, and yet it runs ahead of schedule on the 20,000 km journey around Australia. The fuel gauge sits around two-thirds empty, while the whisky gauge shows over 30,000 whisky cocktails. have been served. The team aboard knows they have good times in front of them and great memories behind. They glide toward the next festival destination, the metal music festival called Unify, eager to unify die-hard fans with a delicious whisky cocktail. 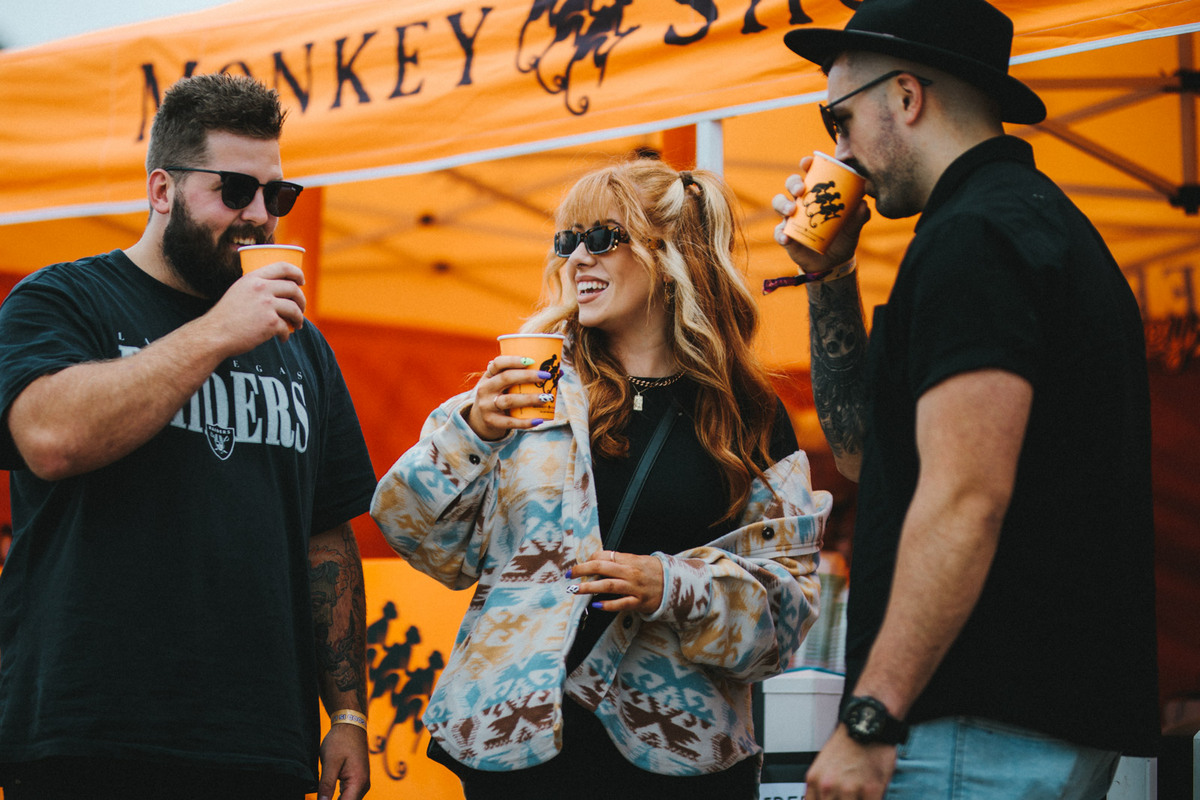 Not where you’d expect to find a whisky brand, let alone one with a pedigree of blending fine single malts originally from Glenfiddich, The Balvenie and Kinivie, but then Monkey Shoulder is not like any other whisky. Intended as the ‘made for mixing ‘whisky for bartenders, the brand is on track to double in popularity in the coming years. Fast-tracked by building the brand with bartenders and growing its loyal fan base with playful escapism at high energy events all year long. 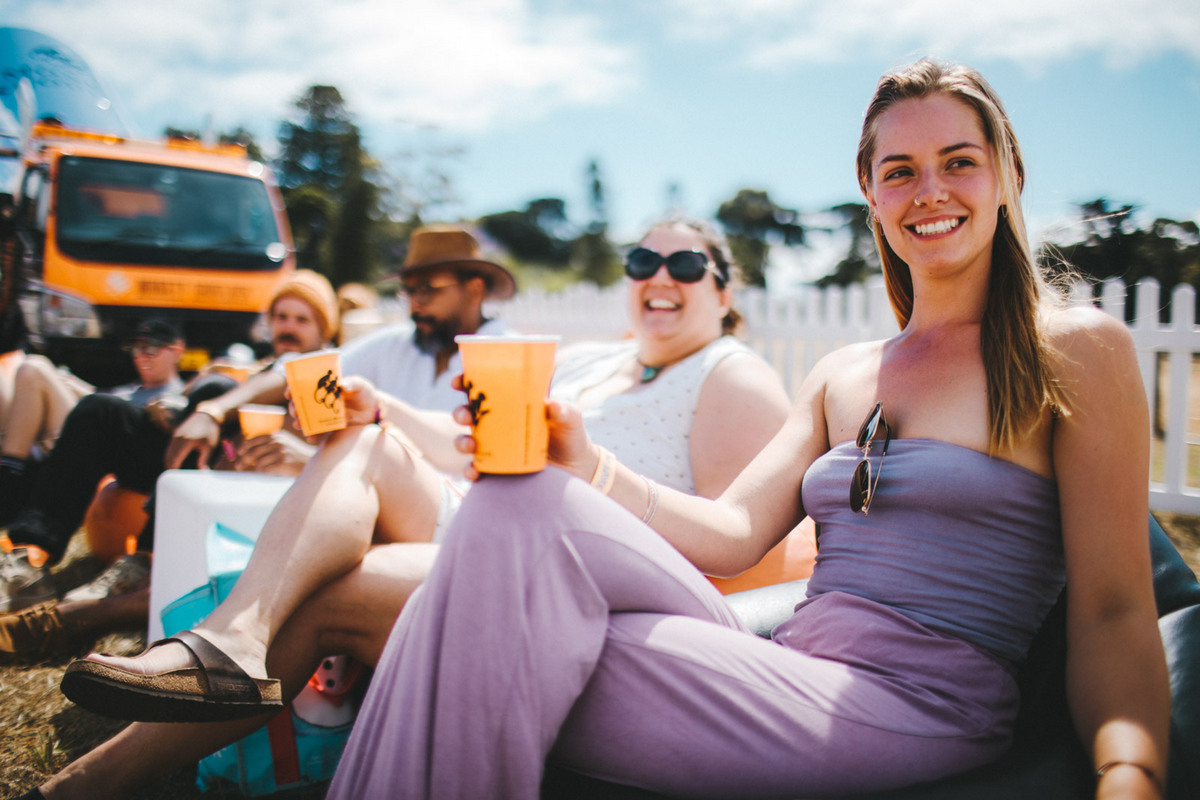 With a visual identity celebrating street art and colour, Monkey Shoulder makes a bold statement as a whisky that sets itself apart from others. “It’s an attitude led whisky backed by strong liquid and its approachability appeals to the young at heart in us all”, remarks Mike Lowe (Monkey Shoulder Brand Manager). Monkey Shoulder understands that we all have the usual tensions of growing up and adulting, that’s why we keep things light and encourage playful escapism whether at home or out. Monkey Shoulder is breaking down preconceptions by challenging how people enjoy spirits and not just whisky.

The fuel gauge sits around two-thirds empty, while the whisky gauge shows over 30,000 whisky cocktails. have been served. The team aboard knows they have good times in front of them and great memories behind.

Monkey Shoulder has launched eccentric (but fun) bar tools to support bar professionals in their trade, hosted live DJ sets with Krafty Kuts in the metaverse, dabbled in NFTs, sent cocktails into space (and returned them), launched the world wide Lock-In Live digital bartender program, among many other category bending activites. This is bringing whisky into the future, and it’s resonating with those who wish to join us and ‘Make It Monkey’. A call to arms for those bringing playful escapism into their day to day disrupting those tensions of adult life through joyful adventures, fun fantasy, and delicious cocktails. Because adult life is hard. ‘Make it Monkey’ invites license to break the rules and challenge the status quo by mixing whisky in new ways against traditionalism and rules. 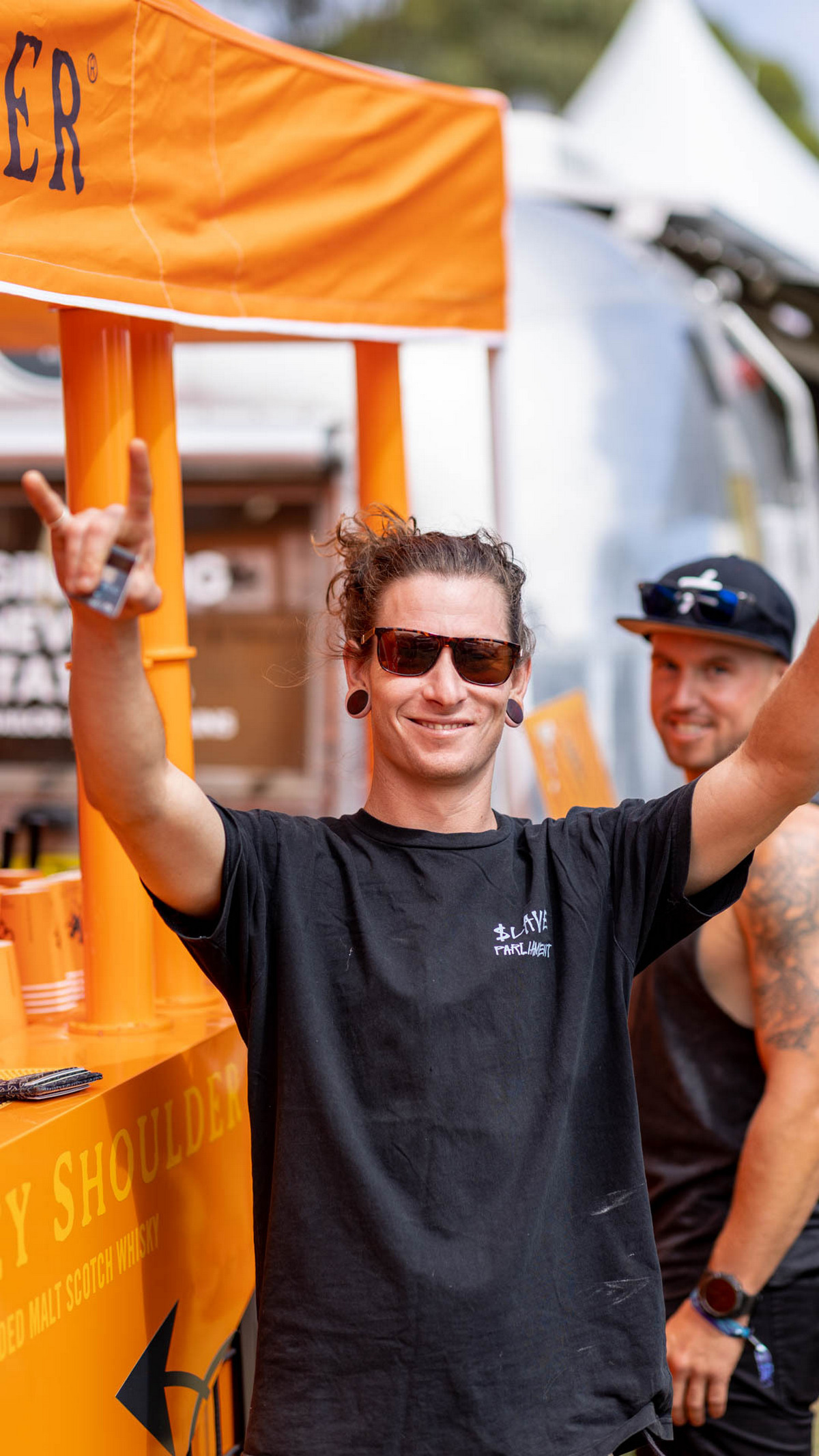 Throughout these last two years of lockdowns, Monkey Shoulder took to supporting local venues in three states, setting up the Monkey Mixer as a cocktail delivery program to drive cocktails from these venues directly to their customers and through supporting media, reached over 60million people worldwide.

With restrictions easing, Monkey Shoulder continues to support the industry at a venue level, but also by partnering with major festivals and driving direct to consumers at Unify, Land of Plenty, Yours & Owls, Melbourne BeerFest, Whiskey On The Rocks, Goulburn Country Music Festival and Hotrod & Custom Auto Expo. 2022 may be the Chinese year of the tiger, but you can expect to see, hear and taste Monkey Shoulder a whole lot as we paint your town orange! 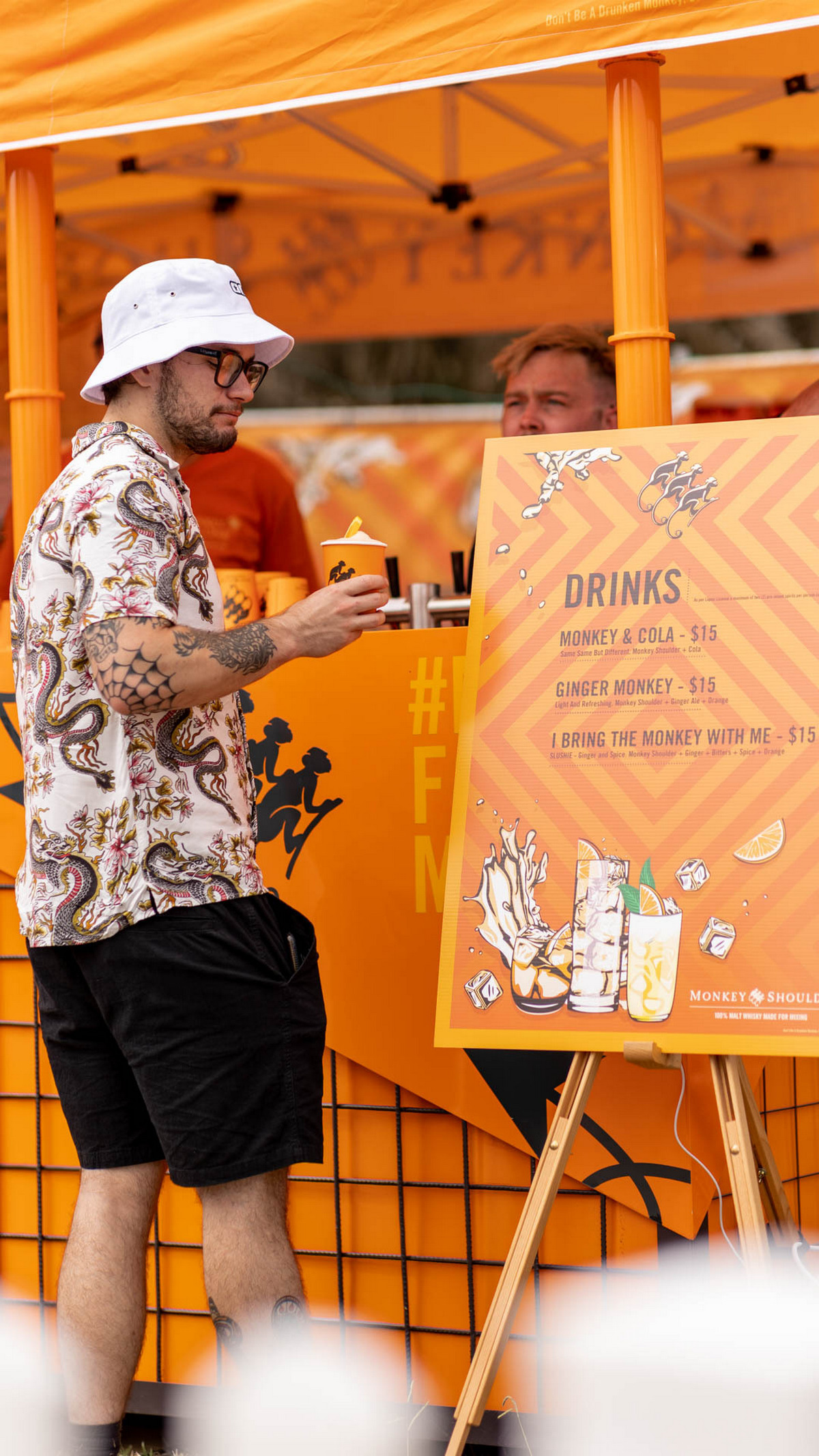 Returning to their roots supporting bartenders, Monkey Shoulder delivers with ‘Skills Pay Bills’ bartender program, back for its second year. Despite lockdowns limiting face to face in previous years, Monkey Shoulder Brand Ambassador, Lucille Rose-Hopkins, served up a fully virtual digital program in 2021 to elevate bartender soft skills such as presentation, storytelling, and promote the nuances of customer engagement. Back once again, this year will evolve those skill sets and return to engaging one on one with bar teams with the expert support of talented professionals, to build upon those core qualities bartenders embody. Monkey Shoulder wants to support you with the skills that pay the bills, whether you are a lifer in hospitality or beyond in your future careers.

As the Monkey team enter the grounds at Unify, the metallic ping of plectrum on guitar strings resonate and echo off the Mixer truck’s metal casing, electrifying the hum in the air. The Monkey Mixer’s shaker revolves idly while the death circle in front of the stage spins furiously. Already a sea of people have started lining up for their first cocktail of the day, and as the night descends, they flick the switch, turning the power up to deliver cocktail after cocktail in time with the 4/4 drum beat on stage. 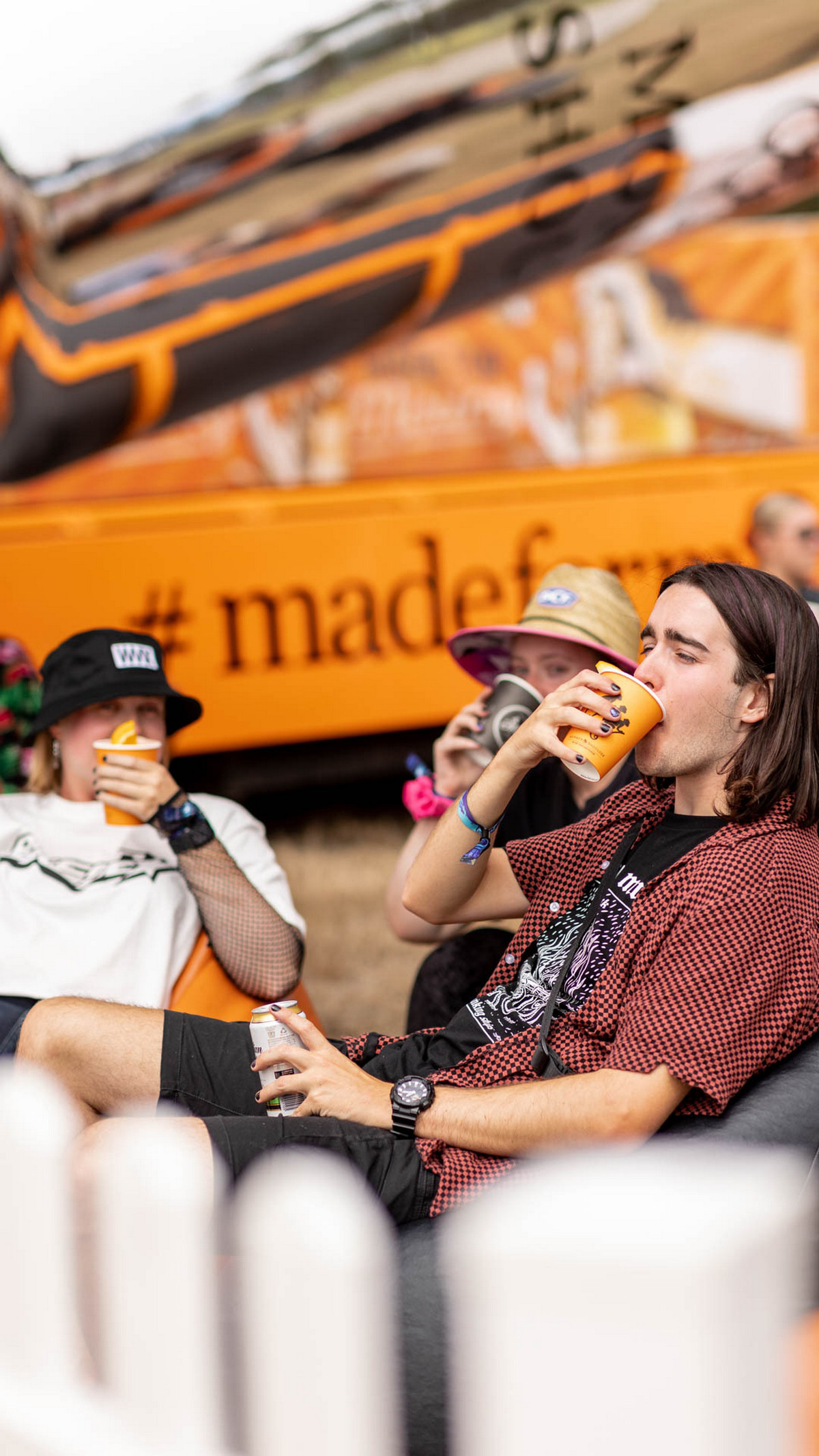 You can catch Monkey Shoulder as it makes its way across Australia, festival to festival, bar to bar. You can follow our adventures @monkeyshoulderau. You might question how a whisky can keep changing the game, we’re just asking, “How will you Make It Monkey”?