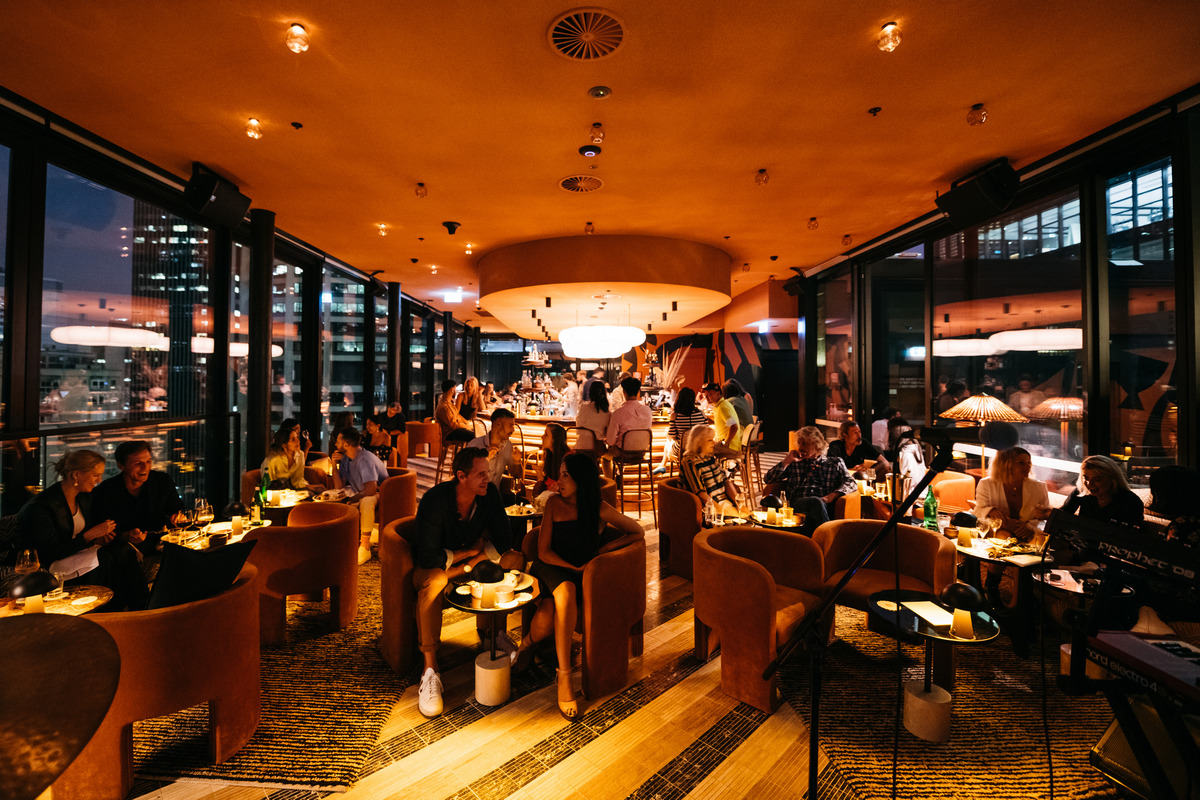 Opening in late 2021, Shell House is a three-level drinking and dining precinct in Sydney from the Point Group, the folks behind renowned Sydney venues The Dolphin, Harpoon Harry’s, The Bucket List and Bondi Beach Public Bar. Located in the heart of the Sydney CBD in Margaret Street, the team secured a 15-year lease for the site which is part of the $2 billion Brookfield Place redevelopment project for the city.

Of the project, Point Group CEO Brett Robinson said: “We have a once in a generation opportunity to do something extraordinary of a global standard; to build a new iconic hospitality landmark and take a leading role in helping reignite Sydney CBD’s dining culture. We will take the heritage and legacy of the iconic Menzies Hotel and adapt it to modern day expectations.”

“The recently opened Sky Bar, is as its name suggests, is perched high above the bustling Sydney City streets, and is the perfect place to take in the view for a post work cocktail. With panoramic views and retractable pavilions, this is a great addition to outdoor drinking and dining for the city.”

Prior to this refurb, Shell House was home to the Menzies Hotel, with its 1970s interiors now being transformed into a contemporary office building and hospitality space designed by architects MAKE and Architectus with the new NAB fit out by Woods Bagot.
The building’s history (it was opened in 1963 and named after Sir Archibald Menzies) has been an important reference for the project. Standing at 65.5 metres high, Shell House’s façade is also one of the tallest retained heritage façades in the world. 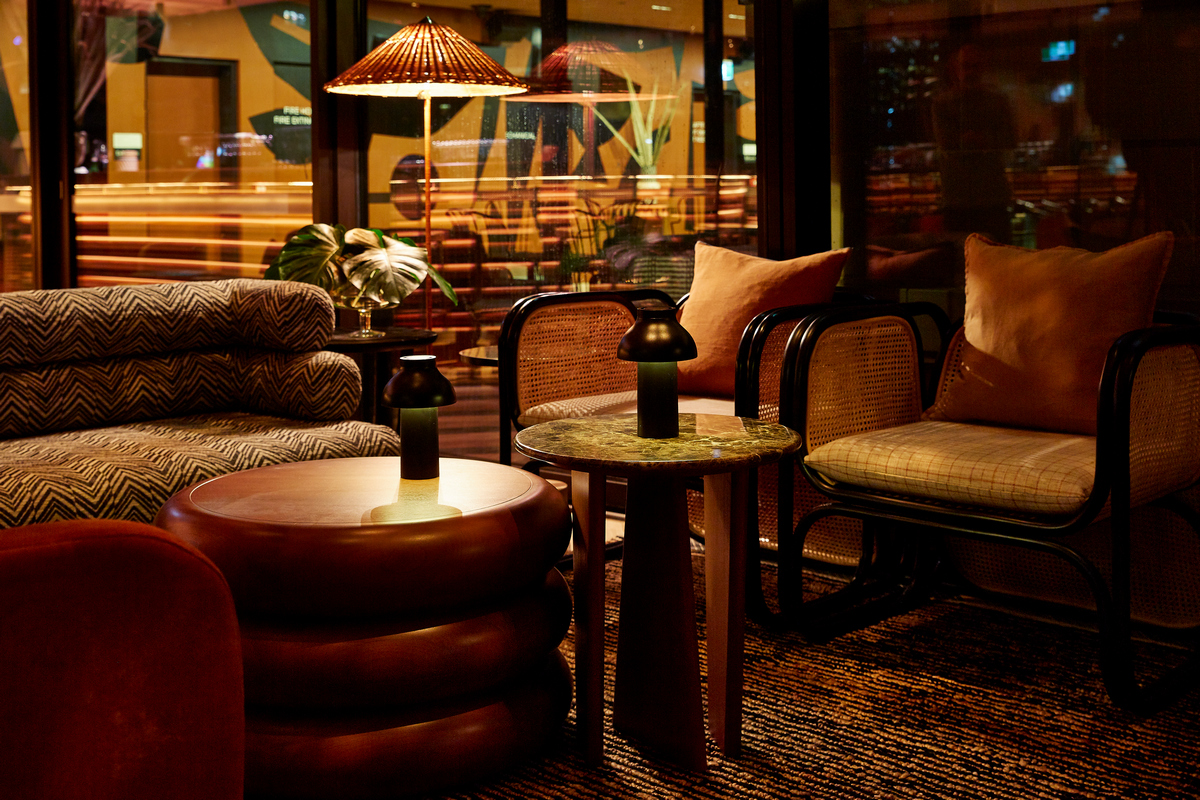 Spread over three levels, both indoor and outdoor, the combined floorspace is a whopping 1,600 square metres. First to open was The Menzies Bar, which is a tribute to the former landmark, boasting a European inspired bar and bistro. Culinary Director, Joel Bickford and his team have focused on European dining with a contemporary edge, with lots of sharing and continental delights such as burrata, oysters, and LPs saucisson. Drinks-wise, the list is short and sharp with twists on classics like the Gold Tooth Swizzle and the Kona Coast Colada. 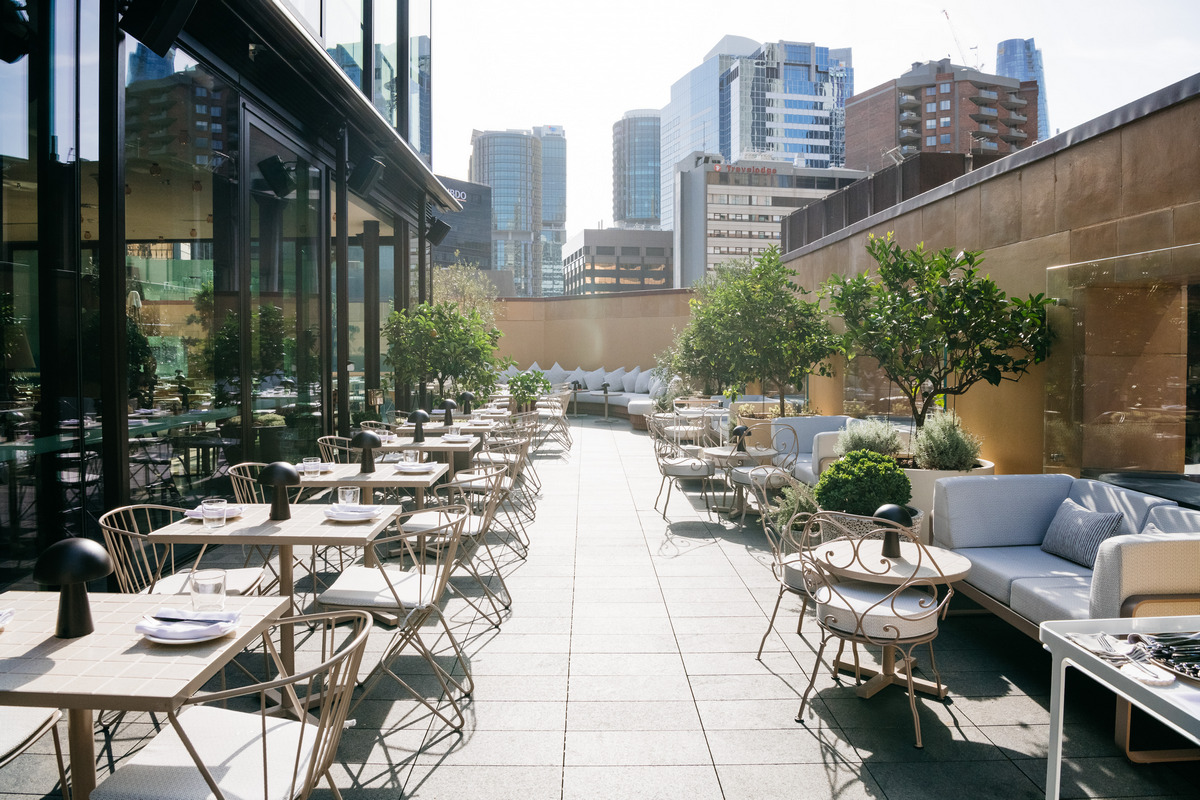 The recently opened Sky Bar, is as its name suggests, is perched high above the bustling Sydney City streets, and is the perfect place to take in the view for a post work cocktail. With panoramic views and retractable pavilions, this is a great addition to outdoor drinking and dining for the city. 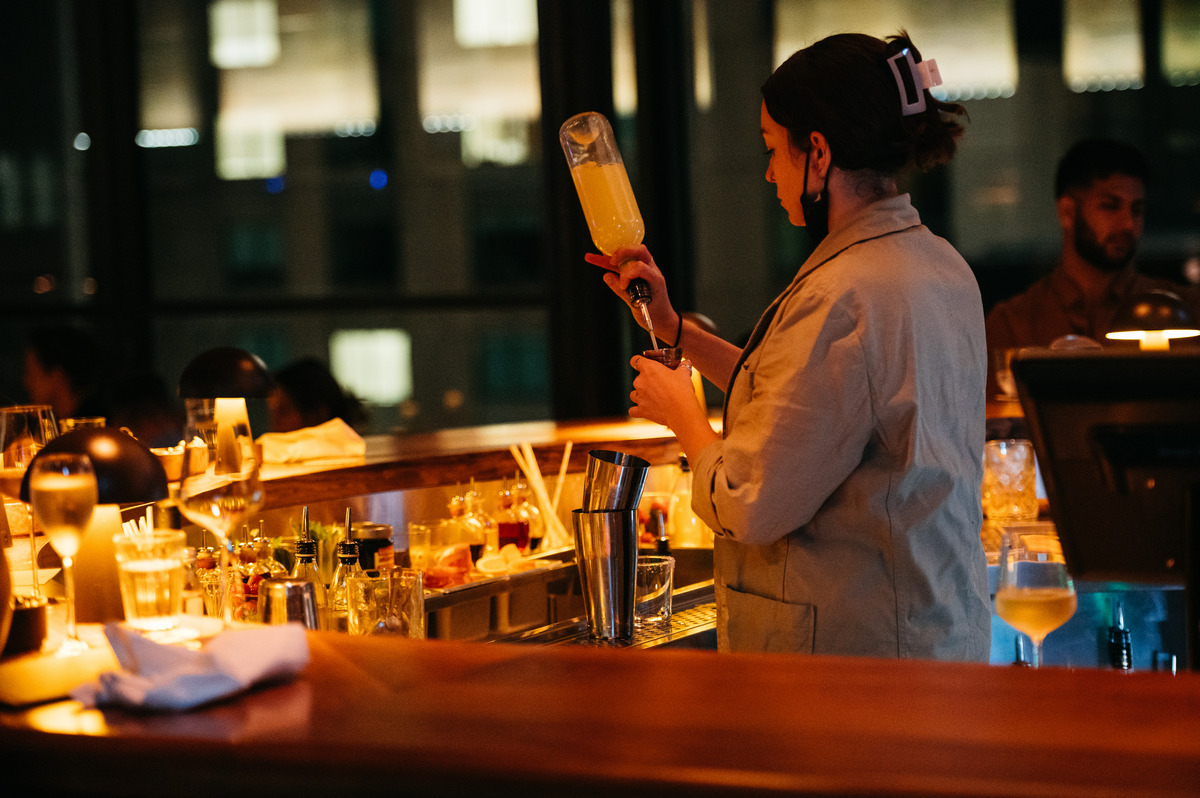 There is also the more formal dining room and terrace and the Clocktower Bar which is housed on level 9 of the building. This is the fancy classic cocktail bar offering, housed within the 400-tonne iconic clock. The space is lined in timber joinery giving it a 1930’s Art Deco feel. The room is elevated with guests able to look into the clocktower above, along with the fully restored and operating clock mechanisms.