Upon approaching Bar Planet, you already have a sense of excitement from the four signs emblazoned with the swooping lettering shining a turquoise light on the bitumen of Enmore road. It doesn’t hurt that it’s the newest venture by Sydney’s Mucho Hospitality Group; Jeremy Blackmore, Alex Dowd and marketing whiz Daisy Tulley – the highly awarded operators behind awarded transportive spaces Cantina OK!, Tio’s, and The Cliff Dive. 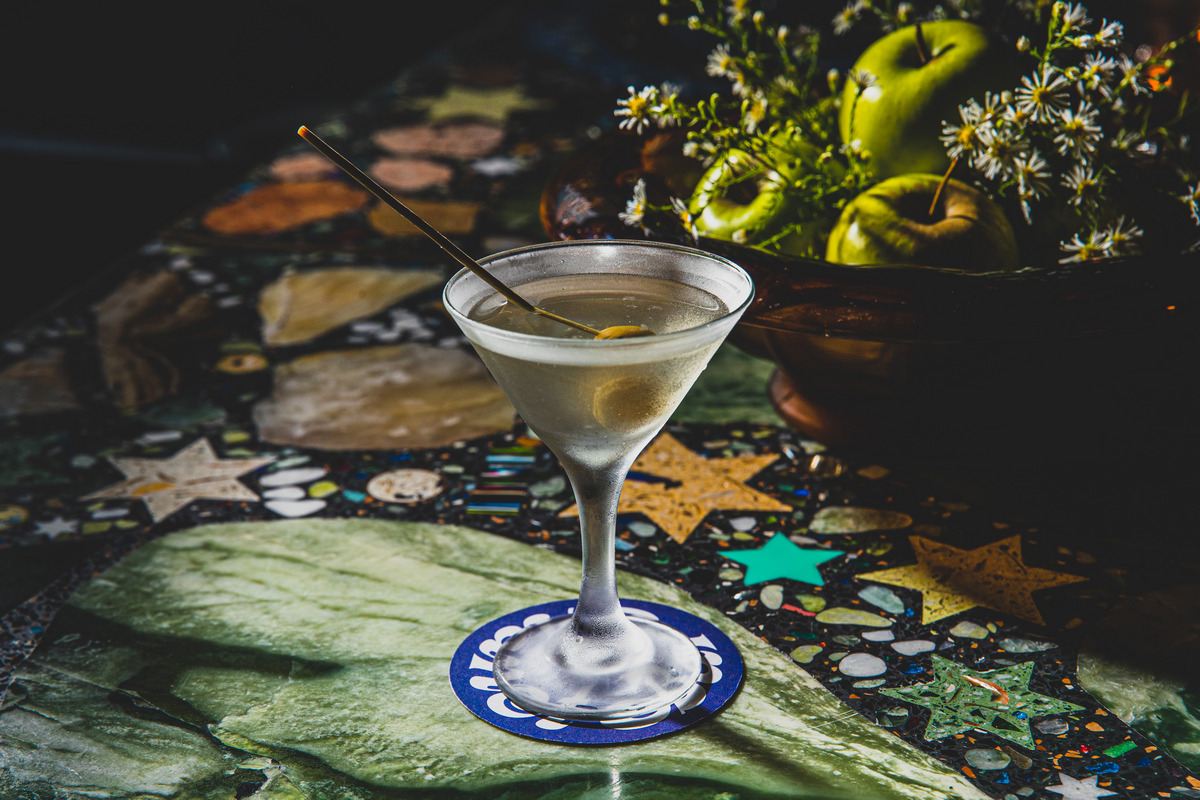 You are then welcomed into the space by some friendly and familiar faces acquired from some of Sydney’s best bars, led by Harrison Kenney, who has made the move to GM the site after three years working at Cantina OK!, voted number 28 in the World’s Best Bar list. Kenney’s passion is unbridled as he talks you through the pad style menu, starting with the very personal touch of dating, naming who served you and writing out what the market-fresh Scorpino is for that day.

The base spirit for the Bar Planet martini is something unique, made in collaboration with local distillery Poor Toms. It is an ‘Infinite Spirit’ of which 300L of each batch made, when that gets down to the last 20L, beverage director Jeremy Blackmore and Harrison Kenney will work on a new flavoured gin that will be added to the existing one.

While Cantina OK! Champions the Margarita, Bar planet is all about Martinis. Their own BP Martini is poured theatrically by height in a porrón, a glass pitcher of Catalonian origin with a narrow spout that can be used for pouring wine into a glass or directly into your (or someone else’s) mouth, as well as a Martini soda, a Mouthful (mini) Martini or “How you like it”, championing Australian and Kiwi Gins and Vodkas.

“Cantina OK! is so powerful because it tells the story of mezcal and its producers. We figured that the same stories were within arms reach, too,” Says Kenney. “So we started contacting farms, growers and learning the most amazing stories. It’s a privilege to share them. All the spirits, wine and beer are from Australia and New Zealand.” The base spirit for the Bar Planet martini is something unique, made in collaboration with local distillery Poor Toms. It is an ‘Infinite Spirit’ of which 300L of each batch made, when that gets down to the last 20L, beverage director Jeremy Blackmore and Harrison Kenney will work on a new flavoured gin that will be added to the existing one – essentially making a living, constantly changing Martini. “It’s the mother stock of martinis,” says Kenney.

“We wanted to tweak and twist every little bit of the venue to have that transportive power – to flip reality a little bit and really give people the chance to have that once in a lifetime experience.” – Daisy Tulley

The first iteration is made with heritage apples that were the passion project of the late ‘Borry’ Gattrell of Borrodell Winery fame. Kenney talks fondly of going to the farm and handpicking 30kg of apples just a week after Mr Gattrell had passed and how much it meant to him to continue the legacy of the farmer and “to provide people with the real connection to the products,” said Kenney.

The bar itself, designed by Blackmore along with co-owners Alex Dowd and Daisy Tulley and art director Clayton Ciolac, is inspired by a unique combination – classic bistros and psychedelics. There are high tables splitting the room in two, on the right, three large comfy booths and a casual standing area near the front windows. On the left is a large bar with plenty of space for people to sit and receive warm bar service from the incredible line-up of staff they have amassed.

Daisy elaborated: “We wanted to tweak and twist every little bit of the venue to have that transportive power – to flip reality a little bit and really give people the chance to have that once in a lifetime experience.” 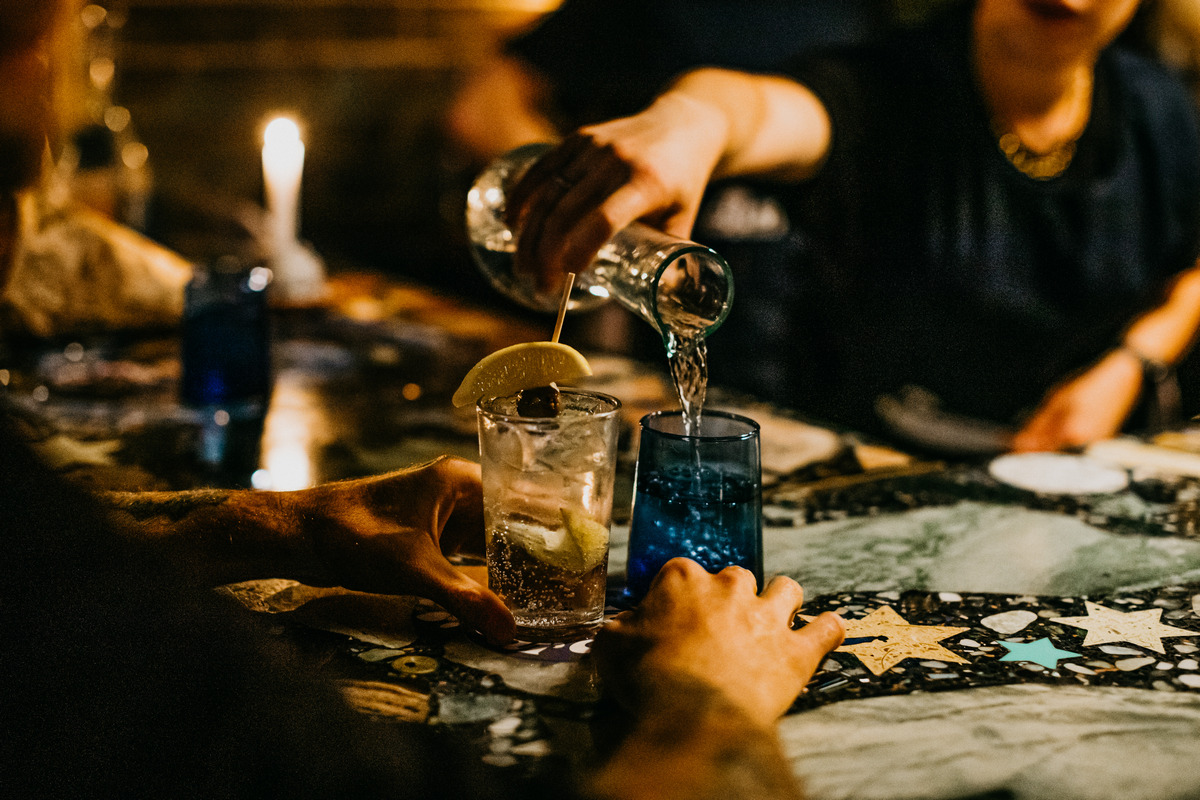 The bar top itself is a statement made by legendary Australian artist David Humphries. Filled with ‘my treasures’, as described by Humphries, the brass-edged, terrazzo top is replete with surfboard resin, jade, marble and rare French glass. It is a kaleidoscope of colours and trippy shapes that has you transfixed. Every time you visit you can find something new to ogle.

Talking to one of the bar team, ex-Bulletin Place bartender, Atlanta Pahulu, over the bar commented on how great it was to feel a part of a neighbourhood. This was a clear intention of Alex and Daisy. “I’ve spent my life on Enmore Road,” explains Tulley. “I went to school at Newtown Performing Arts, I was lucky enough to play some shows at the Enmore, I live five minutes down the road. We’ve wanted to add to this amazing strip for years. Really, we just opened the bar we wanted to see in the area. We hope it brings joy to the Inner West.” 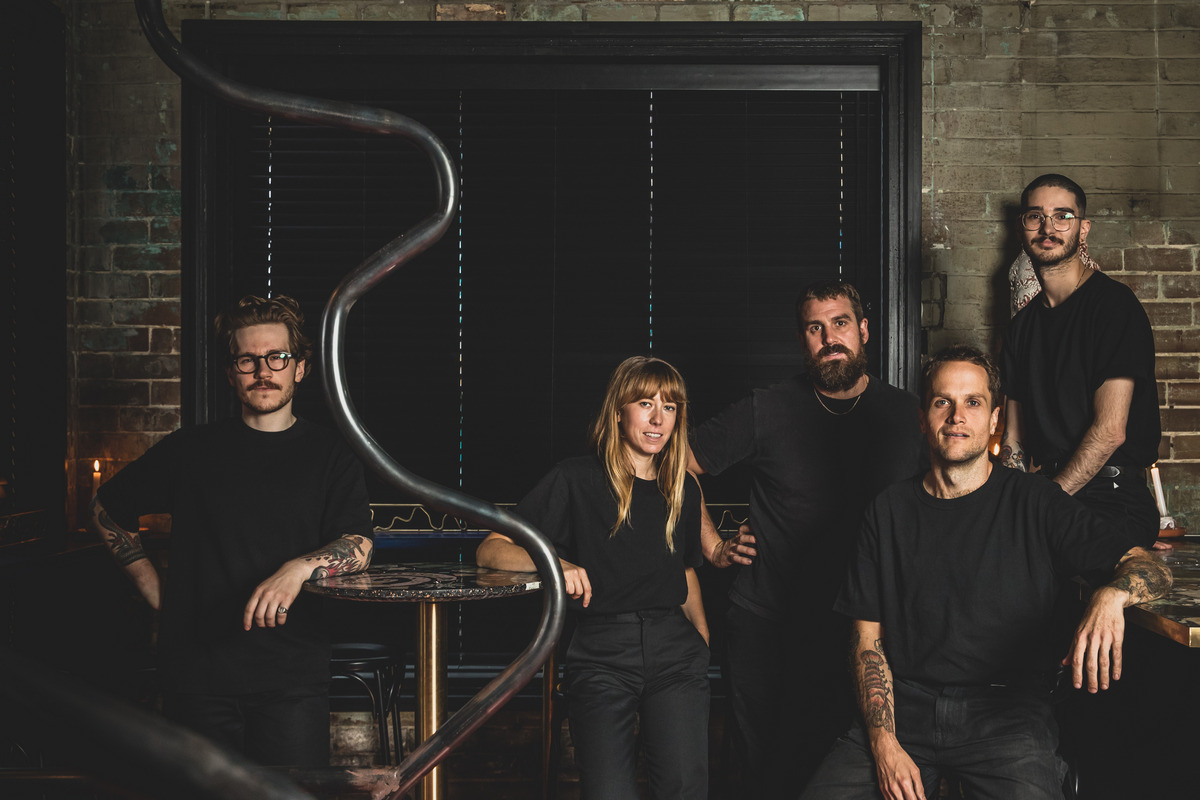 “We’re just trying to make good drinking fun,” adds Dowd. “As the world changes, people are still looking for that connection. Bars will always be an important part of our social life.” For the team at Bar Planet, drinking a martini while listening to Gang of Four is the perfect antidote for the uncertainty of the last few years.

Bar Planet, ‘a subtle, psychedelic re-imagining of mid-century bistro and martini ephemera lost in time’ is a welcome addition to the inner west drinking experience. Oh, and the popcorn is damn delicious too.