Comps, Featured
1 month ago
by Our Sponsors
0

In an exciting year for Australia’s evolving cocktail culture, the globally renowned bartending competition Diageo World Class will take place in Sydney, Australia for the first time ever this September.

In the lead up to the global finals, Diageo has announced its top 100 Australian Bartenders for 2022 with this year’s short list reflecting the formidable talent being nurtured in leading bars across the country. Following an overwhelming number of applications from Sydney hotspots will’s, Maybe Sammy and Cantina OK to Gold Coast’s Rosella’s, Rude Boy in Hobart, Perth’s Foxtrot Unicorn and Melbourne’s NOMAD, the competition will see the industry’s leading bartenders battle it out for the chance to be crowned the nation’s best.

During the next phase of the competition, we will see the top 100 bartenders find inspiration from aperitivo hour and deli culture as they participate in ‘The Singleton Deli Plus Two’ challenge, to create a cocktail using The Singleton single malt Scotch whisky plus two additional components only.

During the next phase of the competition, we will see the top 100 bartenders find inspiration from aperitivo hour and deli culture as they participate in ‘The Singleton Deli Plus Two’ challenge, to create a cocktail using The Singleton single malt Scotch whisky plus two additional components only. Australia’s winner will then represent the nation at the World Class Global Final, this year held in Australia for the first time.

Last year’s Australian World Class champion, Evan Stroeve of Re – Sydney’s no-waste bar recently named in The World’s 50 Best Bars – wowed the global judges with his skill, creativity and commitment to sustainability and innovation. Following in Stroeve’s footsteps, Matthew Dale and Siôn Roberts from Re are among the top 100 and will be battling it out to be named Australia’s best bartender in 2022.

Speaking of his win, Evan Stroeve commented “Being part of the World Class competition last year was such a momentous moment in my career, and is a potentially life changing opportunity for this year’s top 100 bartenders. The competition demands that you think creatively about flavours, process and technique. It’s an opportunity to bring an idea to life, and showcase not only your skills but the personality behind it”.

Krystal Hart, Australia’s Diageo World Class Ambassador, added: “The level of competition in Australia gets higher every year; we’ve been blown away by the quality and skill of this year’s entrants to date. As we enter the competition’s second phase, we’re looking for the top five bartenders to stand out by demonstrating imaginative and show-stopping creations. Our work is cut out for us as the calibre has been so impressive. We look forward to see what’s coming up”.

Australia’s top five will be announced on June 13, before the finals are held in July to determine the Diageo World Class Australian Bartender of the Year for 2022. 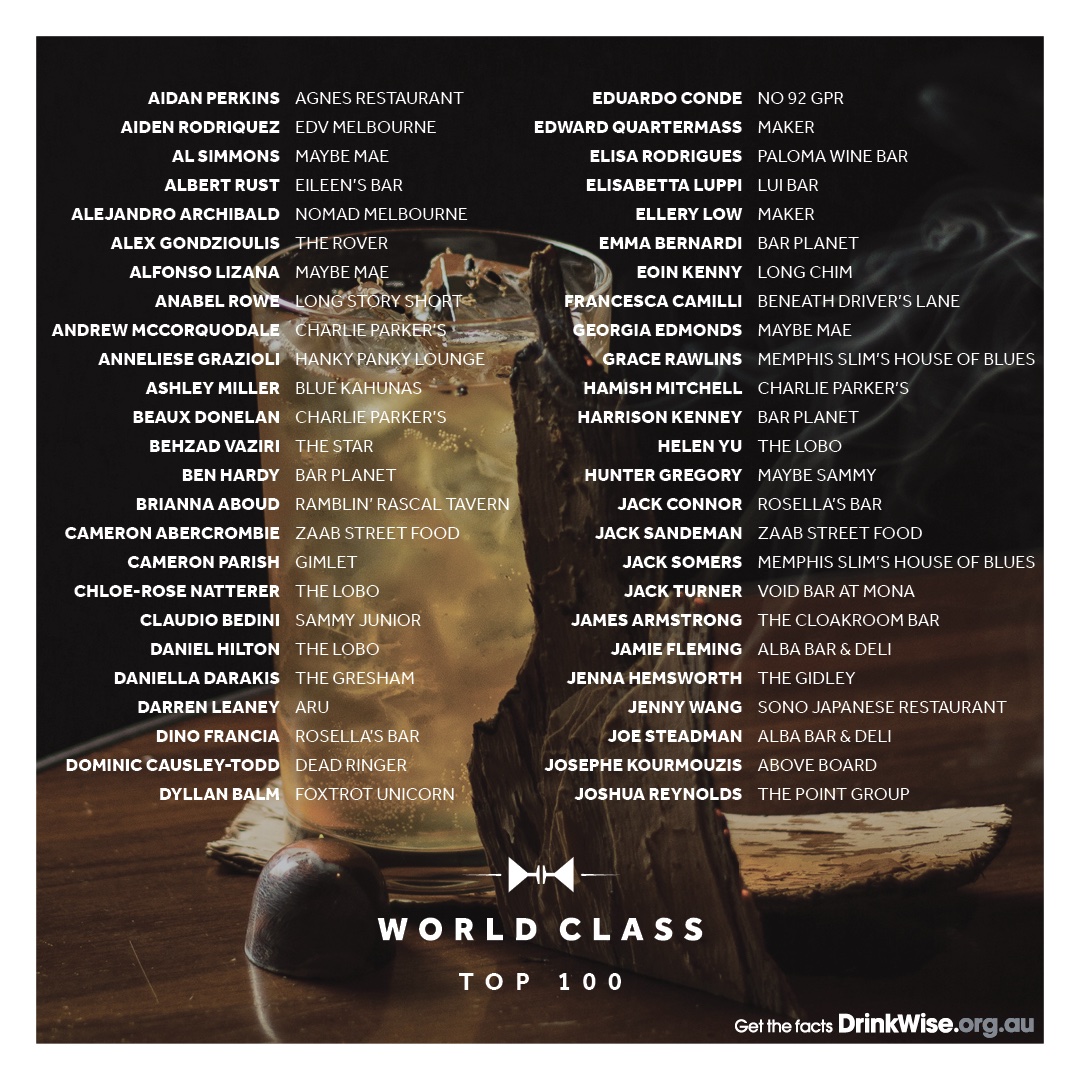 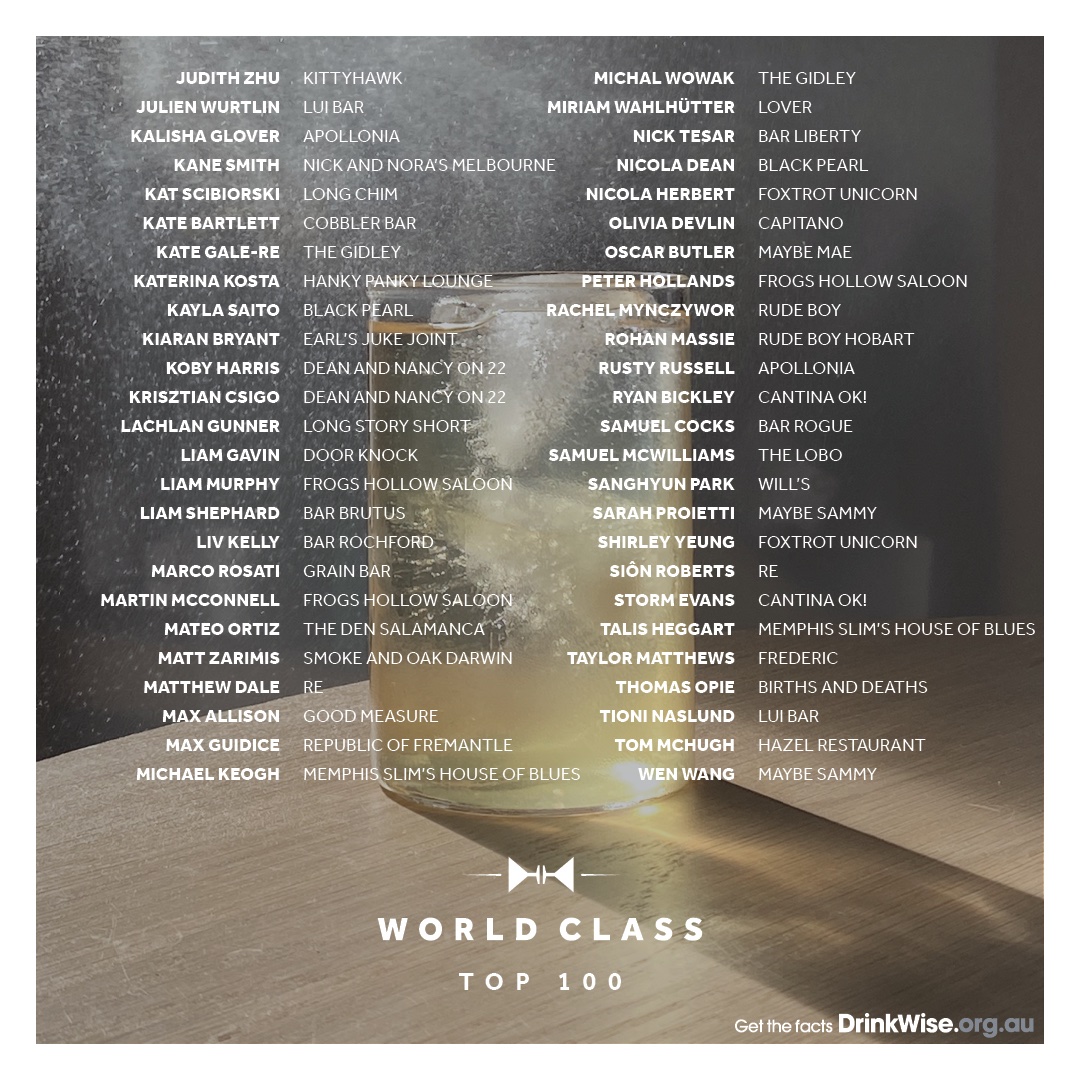 Diageo World Class is on a mission to inspire people to drink better and create unforgettable experiences in the process. Whether at home or in a bar,World Class encourages consumers to think and care about fine drinking in the same way they care about fine dining.World Class has supported, trained and inspired over 400,000 bartenders, across 60 countries, for over twelve years, while partnering them with the world’s finest spirits – the Diageo Reserve collection.World Class is also the authority on the drinks industry whom consumers look to for the information on the latest drinks, trends, cocktail recipes and industry insight.

In parallel, the World Class Cocktail Festival is a week-long program of pop-ups, collaborations and cocktail specials that celebrate the skills, creativity and charisma behind cocktail culture.