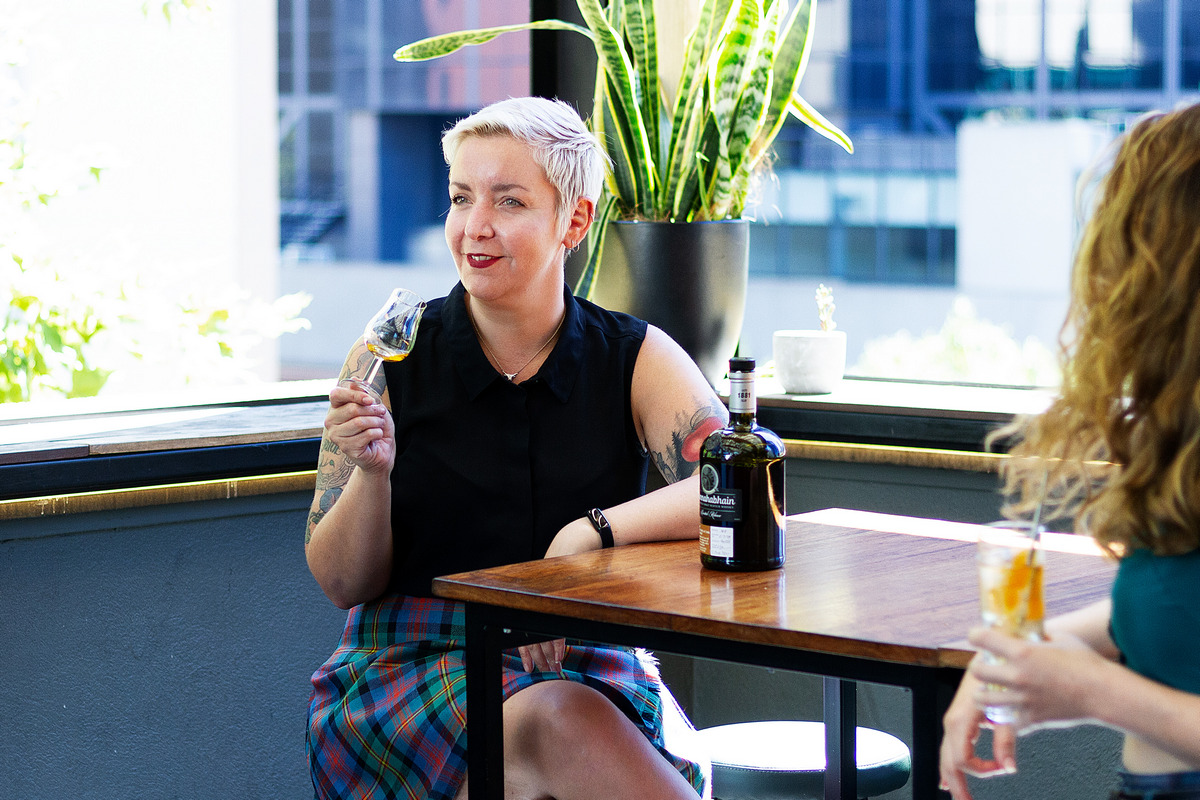 Anyone familiar with the Australian whisky scene will recognise Jaine Eira’s blonde crop. While her main role is Operations Manager and Head of Spirits at well loved Fitzroy pub The Catfish, she is also the National Brand Ambassador for Glen Moray whisky and freelances under ‘Malt Maiden’ doing trainings, tasting and consulting, as well as being a partner in The Whisky Social community and a fixture at whisky events – when I ask what she does on her days off, her initial response is a long laugh (although she does manage some prize winning screenwriting and long distance running as well, no biggie).

She got her RSA in 2005 and came up through pubs including Melbourne faithfuls the Grace Darling and the Charles Dickens before starting to work with her current employers at the Dan O’Connell (RIP). For a city that prides itself on its pubs, we often overlook the staff that create the comfortable atmosphere that makes them so much a fabric of the community – for Eira, the distinction from cocktail bartending is a point of pride: “I’m a pub bartender first and foremost, and craft beer and spirits are my chosen specialties. Maybe I just like an underdog”.

For a city that prides itself on its pubs, we often overlook the staff that create the comfortable atmosphere that makes them so much a fabric of the community – for Eira, the distinction from cocktail bartending is a point of pride: “I’m a pub bartender first and foremost, and craft beer and spirits are my chosen specialties. Maybe I just like an underdog”.

She left the hospitality industry for a short time, but got drawn back in. “I’ve always been a huge booze nerd and hospitality is the only industry I’ve ever really felt at home. It’s a big community of misfits, and while it can feel pretty cliquey from the outside, it’s made up of the most caring and understanding people I’ve ever met,” she explains.

So, why whisky? She says, “For me whisky is about history, culture, and community, but there’s also an element of magic to it… all whiskies are made of the same three basic ingredients – grain, water, yeast – and yet the flavour profile is unquantifiable. It’s equal parts science and art, and it’s the art that I’m particularly interested in… I’m also someone who gets bored easily and I feel like there’s always more to learn about whisky… It’s one of those areas of knowledge where the more you learn, the more you realise there is to know.” 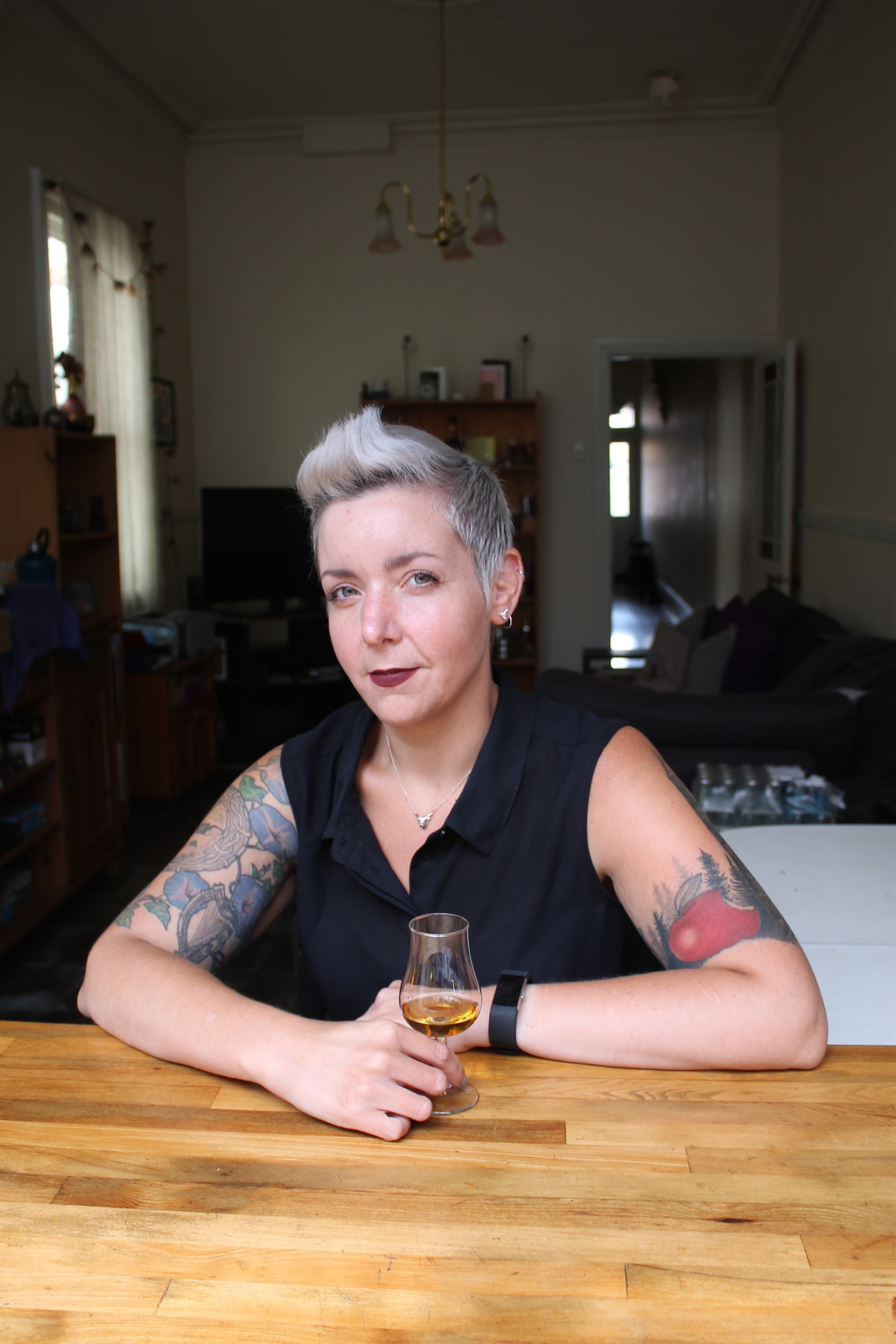 The importance of community is a theme through Eira’s answers. “The Australian industry as we know it is still relatively young, and largely made up of family distilleries. The community aspect is here in spades, with the majority of distillers sharing tips and tricks, knowledge and experience – particularly with the up and comers.”

Being a young industry comes with its challenges, price often being a sticking point for those looking to give Australian whisky a chance but, she urges, “we should focus on our successes rather than our failures, and there are Australian distilleries producing great whisky at a reasonable price. Fleurieu is my favourite Aussie distillery not just because they produce delicious whisky but because…they’re doing everything they can to reduce cost now, ahead of the curve… Prices will come down as our producers become more established, but beyond that I see us experimenting more, developing our own style, and ultimately regulating whisky production in a way that suits our needs.”

Eira is known to be vocal about her frustration with the amount of whisk(e)y misinformation out there. What can we bartenders do to educate both ourselves and our guests? “Read widely, go to tastings, join online groups and forums, but most importantly: check your sources,” she advises. “That first Google result isn’t necessarily correct, and even the most respected individuals don’t have all the answers. I’m currently in the process of establishing an online resource and community called The Whisky Social (started by friend and whisk(e)y stalwart, Ren Butler). Our aim is to provide reliable information on all aspects of the industry, in an environment that’s welcoming to all.”

Whisky isn’t her only love though; like any good pub bartender, beer is another (although, as she jokes, “beer is just the first stage of whisky”). And she’s not above the silly stuff: “give me a salted caramel milkshake IPA or a peanut brittle gose any day.” Not for her last ever drink though. “My go-to celebratory whisky has always been Bunnahabhain 25, and if it’s my last drink I’d have to have it with my long-term whisky wife. That’s a very serious but boring answer. If we’re talking going out with a bang, let’s go with Hunter S. Thompson and his regular routine, but I’d substitute his Heineken and Chivas for something craft and a single malt.” Not sure how Thompson would feel about the substitution, but something tells me he wouldn’t have much of a choice.

Tough one, since I make a big deal about not being a cocktail bartender….
Can I be a smart ass and list my steps for enjoying a neat whisky?