Comps, Featured
3 weeks ago
by Our Sponsors
0 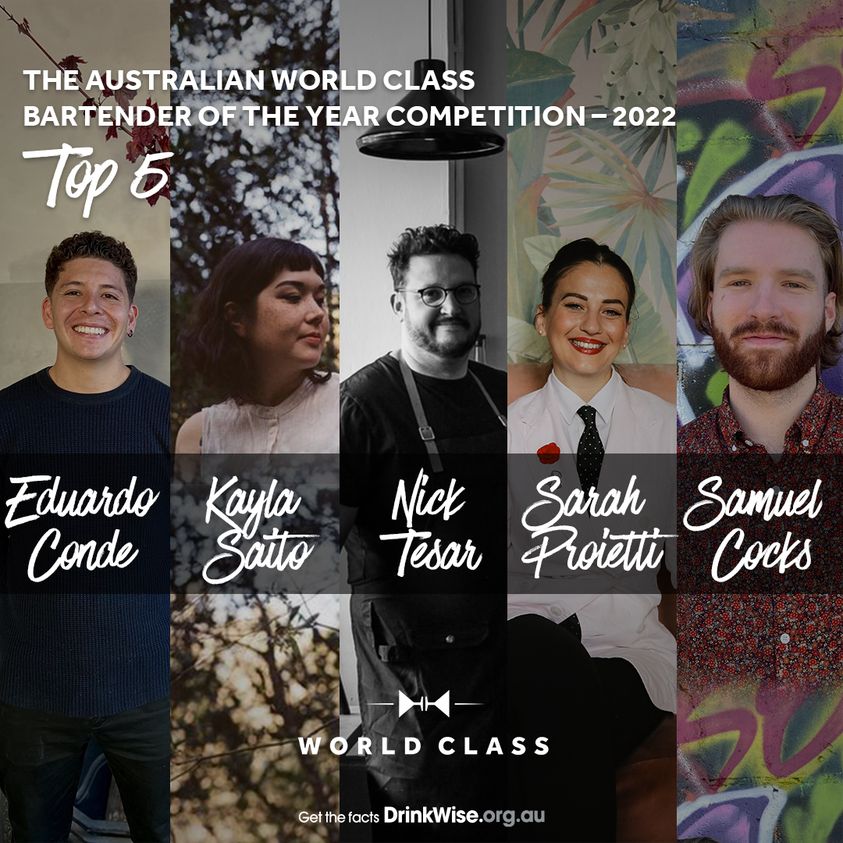 As the world’s best bartenders prepare to descend on Sydney for the World Class Global Finals in September, Australia has revealed its top five contenders in this year’s national final.

“As Australia’s cocktail culture continues to boom, so too does the level of bartending talent. We’ve been blown away by the skill of all entrants, but the top five really took it to the next level with their creativity, innovation and focus on sustainability.” -Krystal Hart, Australian World Class Ambassador

All five finalists exceeded expectations with their cocktail creations in the initial competition rounds, where they were tasked with two challenges: create an original and sustainable highball using Johnnie Walker Black Label Whisky, and create a cocktail using The Singleton plus two components inspired by deli culture.

“As Australia’s cocktail culture continues to boom, so too does the level of bartending talent,” said Krystal Hart, Australian World Class Ambassador. “We’ve been blown away by the skill of all entrants, but the top five really took it to the next level with their creativity, innovation and focus on sustainability,” she adds. “Moving into the final phase, we’re looking for a bartender who stands out by demonstrating truly show-stopping creations.”

The national finals will be held at Shell House in Sydney from 3-6 July. Cocks, Proietti, Tesar, Conde and Saito will battle it out in hopes of taking out the title as World Class Australian Bartender of the Year by competing in three challenges:

Celebrating rarity and luxury like only Johnnie Walker Blue Label can, the finalists will be challenged to reinvent the “stirred down and brown” classic cocktail in a ritual serve that celebrates Sydney’s rich history and diverse culture.

Next, finalists will go head to head in a speed round showdown. Time will not be on their side, with six drinks to make in five minutes, without knowing the drinks until one hour prior. This year the serves will be centred around Johnnie Walker Black Label.

Taking inspiration from TV favourite Masterchef, finalists will have access to minimal equipment with a small supplementary pantry of ingredients and a mystery box of foraged ingredients to create a Talisker Ritual that embodies the ocean and its maritime qualities.

The winner will be announced live on July 6 and will represent Australia on the global stage in the finals, taking place in Sydney for the first time in the competition’s history.

This year, Australia will not only host the World Class Global Finals, but Sydney will be the home of the 2022 World Class Cocktail Festival, a week-long celebration spotlighting the best of Australia’s hospitality scene.

From 9-18 September, The Rocks and surrounding areas including Surry Hills, Bondi and Sydney’s CBD will come to life as some of the nation’s best bars and restaurants curate the most unique and immersive food and drink experiences. Across the World Class Cocktail Festival, there will be exciting pop-up events and collaborations, the latest cocktail trends and live entertainment all championing the very best of Australia’s diverse bar scene alongside bartenders from around the world.

For more information, please visit Diageo Bar Academy. More details will be announced about the World Class Cocktail Festival in the coming months.