What goes into a bar becoming a bartender’s bar? It could be the proximation to a bunch of other bars, a late-night license and something to snack on after a shift. Perhaps an extensive back bar, Resch’s on tap and the ability to get a drink into your hand swiftly. Whether a beer and a shot or that cocktail you’ve been thinking about all night.
I’m sure all of these things help but underlying all of that is the people working there and the community in which they play a part. The space itself should probably be suitable for a debrief or day-off starter, but the people behind the bar will make sitting on a milk crate feel like home.

“In short, it’s all in the name, hospitality,” says Daniel Noble, from Old Mate’s Place.
“When we started Old Mate’s, we were not trying to make a bar with any specific theatre or genre. We wanted a warm, welcoming space accented by warm, welcoming staff. This, in our mind, was a non-polarizing concept and as such would survive the test of time.” 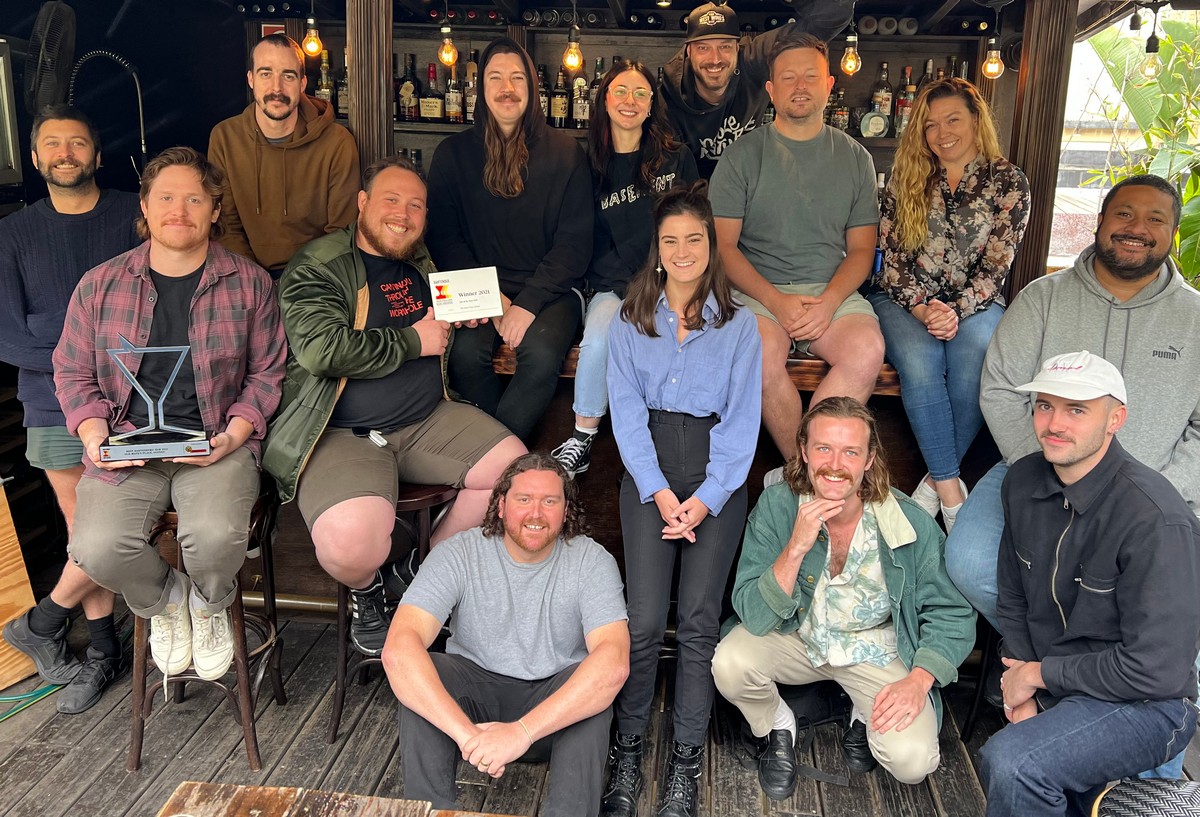 Old Mate’s Place won the title of Australia’s Best Bartenders’ Bar at last year’s Bar Awards (pictured above), and it’s a testament to the space being created by bartenders Daniel Noble, Andres Walters and Gabrielle Walters. They have spent years making other people’s bars excellent, so it makes sense that they would attract a strong bartender following when opening their own.

“In short, it’s all in the name, hospitality. When we started Old Mate’s, we were not trying to make a bar with any specific theatre or genre. We wanted a warm, welcoming space accented by warm, welcoming staff. This, in our mind, was a non-polarizing concept and as such would survive the test of time.” – Dan Noble, Old Mate’s Place

Noble goes on to say, “As a result, people whose passion (or worst case their job) in hospitality seem to be attracted to us. Old Mate’s is a hug from a mate on your break, that smile and a quick throw down boilermaker for you while you mentally debrief the chain order of 11 G&Ts and 3 beers that took 9 mins of your life, the spot you hit after you finish that wild shift, and that place that you come to grab your backpack and laptop the next day.” I can confirm the hugs are as good as the VB throwdowns and Philly Cheesesteaks after a shift or break.

There are other ways to give back to the community that help attract bartenders to a venue. Specific nights or times when flashing an RSA card gives you access to cheaper pricing or even a free meal.

This became even more noticeable during Covid when our industry was on its knees. I also think it’s important to remember the bars that did great things while we couldn’t make drinks. Places like Door Knock and Burrow Bar with their fantastic care packages and Australian Venue Co giving away hundreds of meals a week from Cargo bar.

In other states, this was happening as well. It shows that all over, we are a caring bunch of humans. It sparked an idea to be able to share knowledge in a safe environment, where asking questions was encouraged, and you didn’t have to feel bad about missing one.

Another way of getting bartenders to your bar is to host educational sessions. And that’s what Booze & Banter, something I have set up at About Time is all about. It’s a weekly informal tasting for Hospitality workers with a view to bring us together and discuss a new or already loved brand. The tastings are interactive and fun, with no projectors and PowerPoint presentations, just good chats over good spirits.

Knowing that hopso has had it a bit tough the last few years really, it’s a way to give something back and get some category knowledge to them for free, over a cocktail and some snacks to finish. A way to connect brands to bartenders like they were just catching up over a beverage.

It’s in one space at the moment but looking to travel to other parts of Sydney and eventually other states. With sessions covering spirits from Del Maguey Mezcal, The Balvenie and the newly opened Hickson Road Gin, it’s always different.

When I was a younger bartender with much less responsibility, a bartenders bar was a place to get spicy and spend your tips forgetting or celebrating a shift. Hazy nights at certain 24-hour pubs or the now-closed Flinders are distant memories, though pickle backs still bring back some PTSD. While that still might be the case for some, I feel that after lockdowns and uncertainty in the bar world, bartenders’ bars are more likely a place where you can feel comfortable before, during or after work—a special place to decompress.

So alongside late-night offerings, cheap drinks and warm hugs, it seems that what makes a bartender’s bar is being an active part of the community. In the wise words of Noble, “We feel so blessed that our comrades chose us to represent Australian bartenders’ bars. And will be there with y’all for the good and bad times to come.” 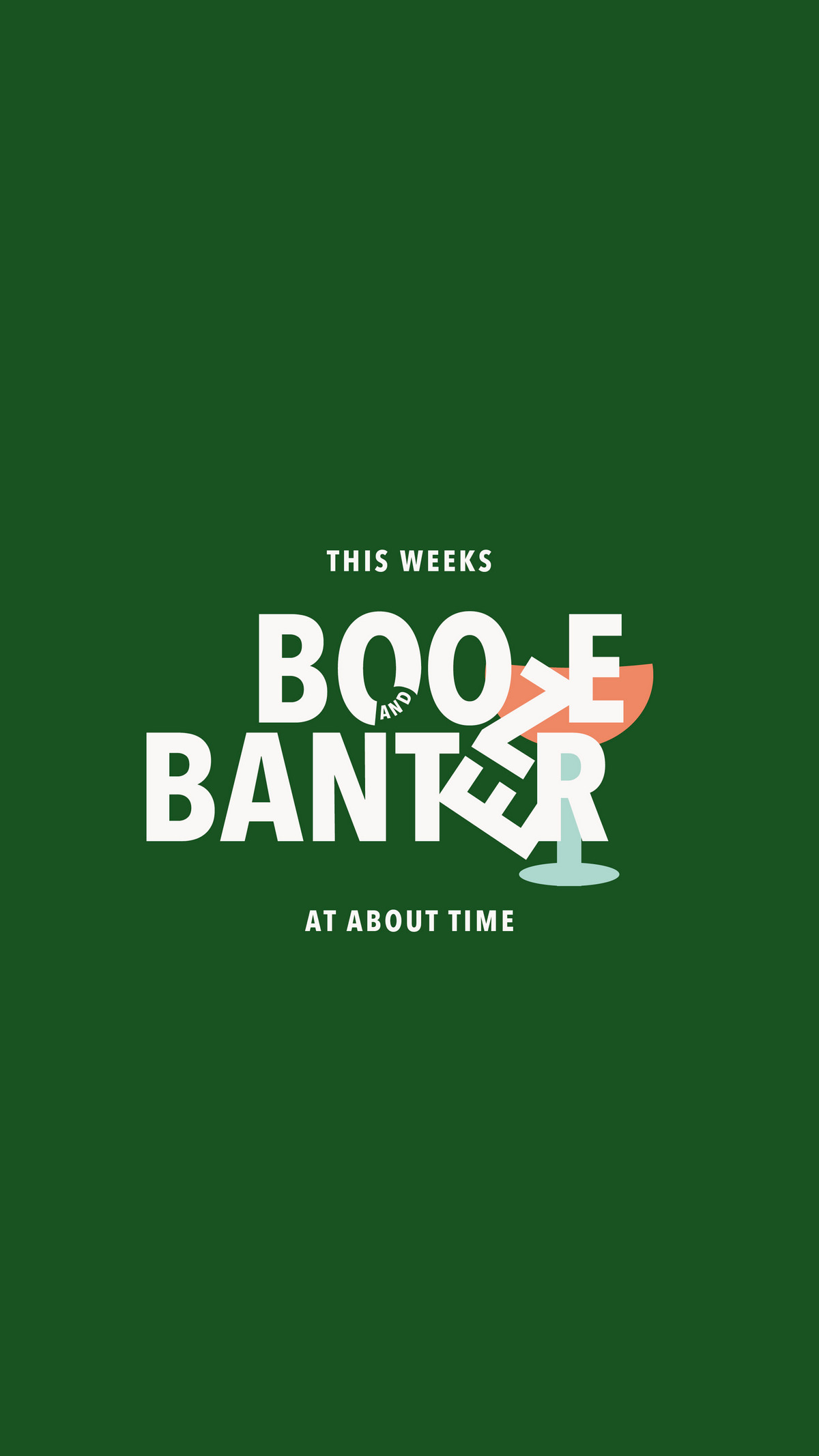 Check out the weekly educationals on offer each week at About Time with
@boozeandbanter. Started by Jono as an informal way to bring more education and discussion around booze, the tastings are fun, interactive and casual.

It’s in one space at the moment but looking to travel to other parts of Sydney and eventually other states. With sessions covering spirits from Del Maguey Mezcal, The Balvenie and the newly opened Hickson Road Gin, it’s always different.

About Time; The ‘Danger Friends’ are opening a long-term pop-up in Sydney