Events, Featured
1 week ago
by Our Sponsors
0 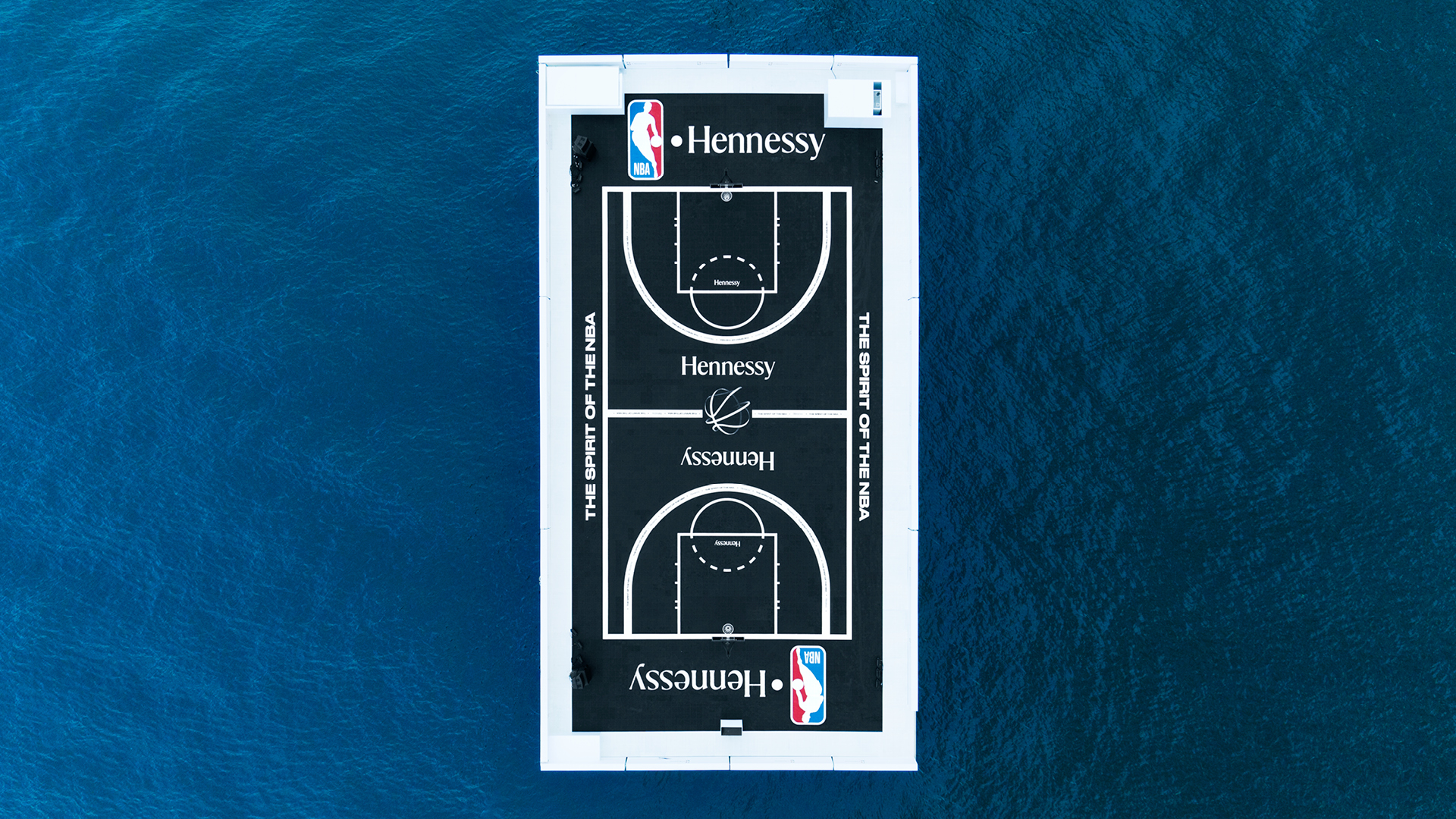 On May 11, Hennessy, the world’s best-selling Cognac unveiled Australia’s first floating basketball court on the iconic Sydney Harbour in celebration of Hennessy, the Official Spirit of the NBA (National Basketball Association), and the league’s landmark 75th anniversary season.

“Together with Hennessy, we look forward to providing Australian fans with another unforgettable celebration to mark the culmination of the NBA’s historic 75th Anniversary Season.” – Hennessy President & CEO Laurent Boillot

Guests were transported via the Hennessy Superyacht to experience the unique courtside view, including an all-star basketball shootout that saw international rapping sensation FERG and Australian tennis player Nick Kyrgios sinking half court shots. Hosting the court activity was local legend, Corey ‘Homicide’ Williams. The Larry O’Brien Championship Trophy, the trophy awarded annually by the National Basketball Association to the winner of the NBA Finals, was also on display.

As the sun set, the court transitioned into a neon lit party with a surprise performance by FERG. Music throughout the day was provided by local DJ Olivia Suleimon & B-WISE.
But the party didn’t stop there, with guests dancing the night away and enjoying a line up of All-Star cocktails at the Hennessy X NBA Afterparty at Ivy Penthouse.

To celebrate the 2022 NBA playoffs and finals season, Hennessy curated a range of All-Star Cocktails to help lift your game and mix like a baller.

Hennessy is the spirit to elevate any drink and any occasion, so why not try a twist on a classic. With so few ingredients in classic cocktails, starting with a high-quality base spirit is essential. Hennessy V.S brings elegance and complexity to any mix while showcasing its versatile appeal. Cheers to an epic game night!

To celebrate the culmination of the NBA 75th Anniversary Season, Hennessy is also inviting fans to an exclusive Hennessy x NBA Season Closing Party on July 1 at the Ivy Penthouse in Sydney. On the night guests can enjoy free-flow Hennessy X NBA All-Star Cocktails, entertainment from Australian Aria award winning artist B-WISE and customise their own sneakers at the Hennessy Sneaker Lab.

To celebrate the culmination of the NBA 75th Anniversary Season, Hennessy is also inviting fans to an exclusive Hennessy x NBA Season Closing Party on July 1 at the Ivy Penthouse in Sydney.

For 1 night only, guests who wish to experience the ultimate in luxury, can reserve a tailored package through the Hennessy Concierge Service and arrive in style via the Hennessy Private Jet whilst having an unforgettable experience tasting some of Hennessy’s rarest and most prestigious cognacs, or All-Star cocktails 41,000 feet in the air. Prices begin at $45,000 AUD for up to 8 people.

Reservations for the Hennessy Season Closing Party and private jet experience
will open on 1st June. For more information reach out to your Moet Hennessy rep or head to spiritofthenba.hennessy.com

GET A HENNESSY X GINGER

Are you set yet for Hennessy Basketball at Bar Week?