Comps, Featured
1 month ago
by Our Sponsors
0 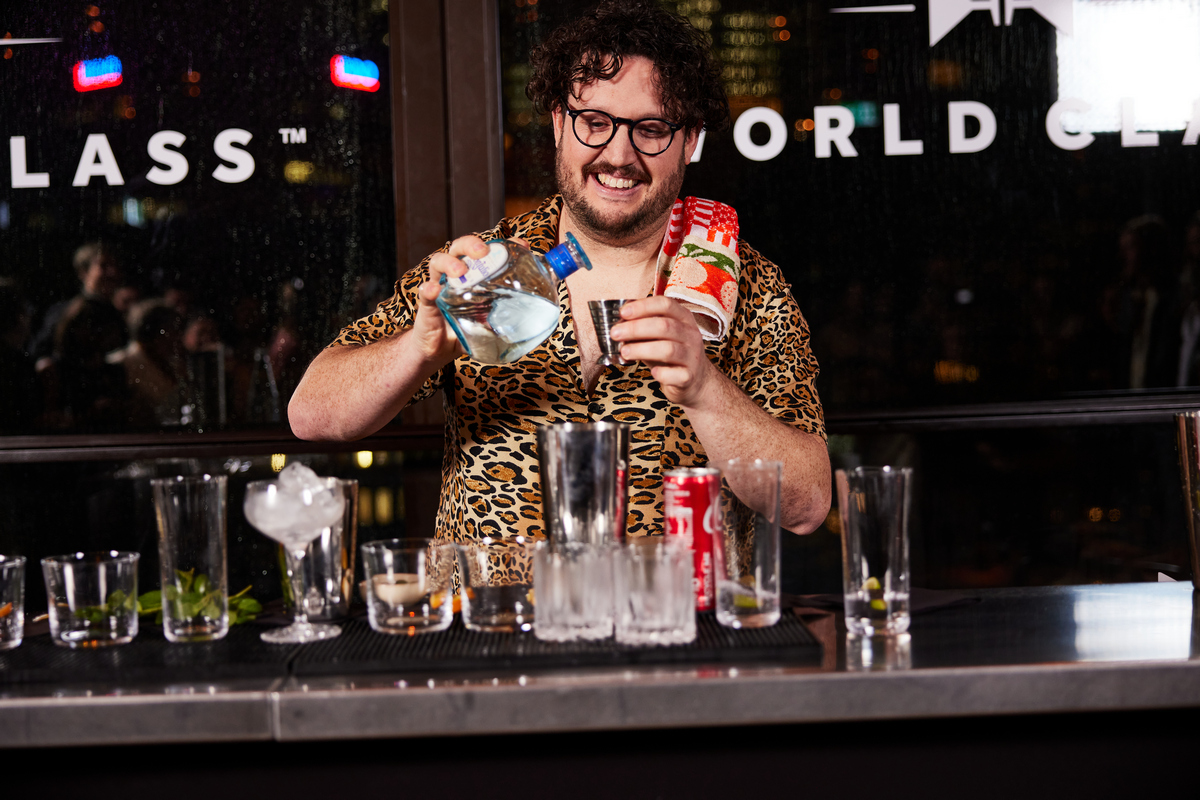 Nick Tesar from Bar Liberty in Melbourne has been crowned Diageo World Class Australian Bartender of the Year for 2022 and will represent Australia in the Global Finals being held in Sydney this coming September.

Last night at Shell House, Australia’s top five bartenders battled it out in Sydney to take home the title of Australia’s best bartender and a coveted place in the World Class Global Finals in September, with Nick Tesar from Bar Liberty in Melbourne taking the top spot at the final round of the competition last night.

Going head-to-head across three rounds, the competitors battled it out with three whisky-focused challenges – ‘The Icons of Sydney’ featuring Johnnie Walker Blue Label, the ‘Speed Round’ featuring brands from the Diageo Reserve portfolio, and ‘Into The Wild Mystery Box’ featuring Talisker – each round testing the finalists’ skills, creativity and speed.

Tesar expertly crafted a collection of superb cocktails proving too tough to beat including a cumquat cocktail inspired by local produce for the first Talisker challenge ‘into the wild box’. He went on to whip up an impressive 12 cocktails in the space of 5 minutes during the final speed round – almost double that of the other contestants.

He says of the win, “Competing in the Diageo World Class Australian Bartender competition this year has been such an amazing experience. I am incredibly grateful to be part of a this tight knit hospitality community and am proud of being able to represent Australia on the global stage this September. Bring on the finals!”

Based in Melbourne, Tesar is a bartender at Bar Liberty who loves to champion local produce. He is part of the team behind Marionette Liqueurs, who work with local farmers to produce an array of cocktail liqueurs. He is also co-author of the book ‘All Day Cocktails’, that looks at utilising seasonal produce in no and low alcohol drinks.

“Competing in the Diageo World Class Australian Bartender competition this year has been such an amazing experience. I am incredibly grateful to be part of a this tight knit hospitality community and am proud of being able to represent Australia on the global stage this September. Bring on the finals!” – Nick Tesar, Bar Liberty, Melbourne

Tesar will now compete in the Diageo World Class global final which will be held in Australia for the first time in the competition’s history, 9th – 18th September. He will join 55 other global finalists from countries including the United States, Canada, Italy, and the United Kingdom, who will touch down in Sydney to represent their nation and battle it out for the coveted title of World Class Global Bartender of the Year.

Krystal Hart, Australia’s World Class Ambassador, added, “Each year I am blown away by the sheer talent from the competitors entering World Class, and this year was no different. The 2022 competition has revealed some incredibly exciting talent with cocktails championing sustainability, driving awareness when it comes to supporting local communities.

All five of the finalists gave it their all, but there could be only one Australian World Class Bartender of the Year. I’m so excited to see Nick Tesar represent Australia in the global finals and show the world what we are made of!”

This year, Australia will not only host the World Class Global Finals, but Sydney will be home to the 2022 World Class Cocktail Festival, a week-long celebration spotlighting the very best of Australia’s bustling bar scene.

From 9th – 18th September, The Rocks and surrounding areas including Surry Hills, Bondi and Sydney’s CBD will come to life as some of the nation’s best bars and restaurants curate the most unique and immersive food and drink experiences. Across the World Class Cocktail Festival, there will be exciting pop-up events and collaborations, the latest cocktail trends and live entertainment alongside bartenders from around the world.

For more information, please visit Diageo Bar Academy. More details will be announced about the World Class Cocktail Festival in the coming months.

Taking inspiration from TV favourite MasterChef, finalists will have access to minimal equipment with a small supplementary pantry of ingredients and a mystery box of foraged ingredients to create a Talisker Ritual that embodies the ocean and its maritime qualities.

Celebrating rarity and luxury like only Johnnie Walker Blue Label can, the finalists will be challenged to reinvent the “stirred down and brown” classic cocktail in a ritual serve that celebrates Sydney’s rich history and diverse culture.

Next, finalists will go head to head in a speed round showdown. Time will not be on their side, with six drinks to make in five minutes, without knowing the drinks until one hour prior. This year the serves will be centered around Johnnie Walker Black Label.

Diageo World Class is on a mission to inspire people to drink better and create unforgettable experiences in the process. Whether at home or in a bar, World Class encourages consumers to think and care about fine drinking in the same way they care about fine dining. World Class has supported, trained and inspired over 400,000 bartenders, across 60 countries, for over twelve years, while partnering them with the world’s finest spirits – the Diageo Reserve collection. World Class is also the authority on the drinks industry whom consumers look to for the information on the latest drinks, trends, cocktail recipes and industry insight.

In parallel, the World Class Cocktail Festival is a week-long program from 9-18 September of pop-ups, collaborations and cocktail specials that celebrate the skills, creativity and charisma behind cocktail culture. For more information, visit: www.worldclasscocktailfestival.com