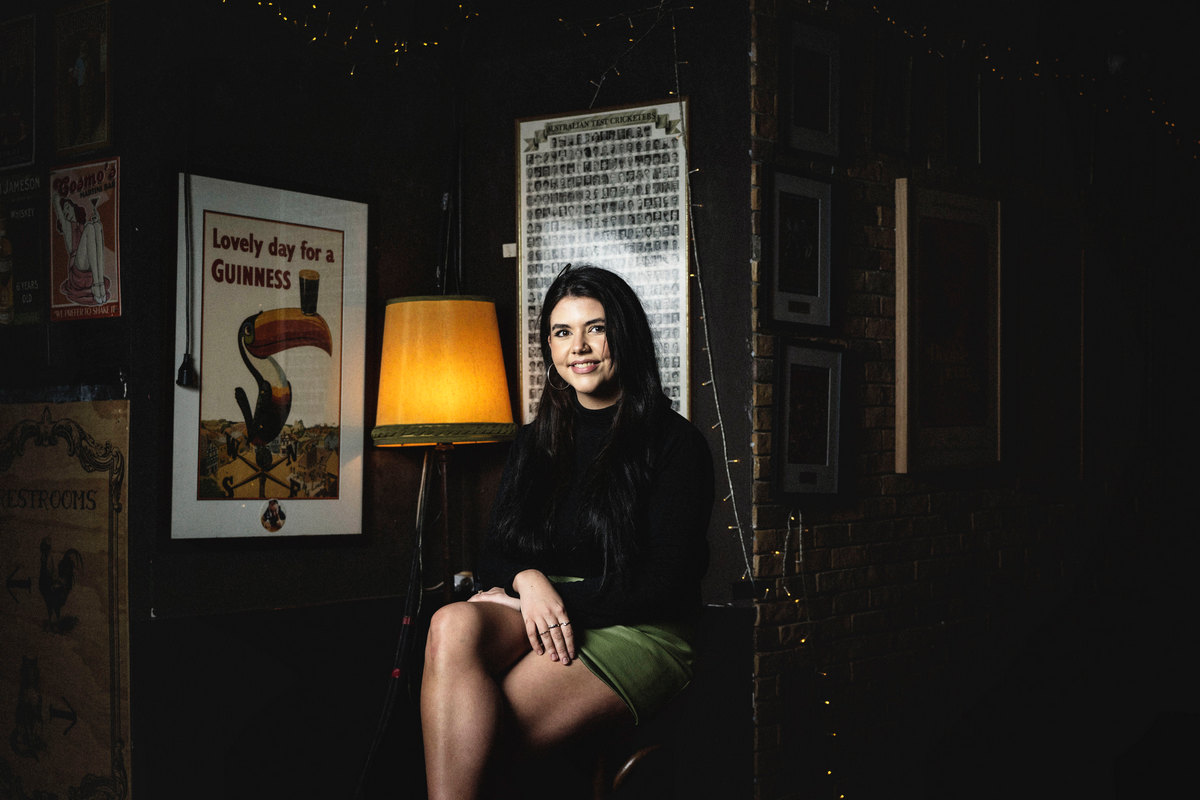 Photography by Christopher Pearce @christophernpearce
As told to Amy Spanton.

You can visit Brianna at Ramblin’ Rascals, where she is on management duties these days. She is also a finalist in the Rookie of the Year category at this year’s Bar Awards, announced in September. Here, she talks about finding her current job, what she loves about it, and the whole hospo community vibe.

I found Ramblin’ Rascal on the Sydney Bar Exchange. I was moving back to Sydney after two years of working and living in Orange. I was working as a waitress at The Union Bank and bartending one day a week at Washington and Co, the only whisk(e)y bar in town. I had the time of my life getting to know the town and the industry but wanted to come back to my friends and family in Sydney. It had been a wild two years but I was definitely ready to come home.

I had one week until I was meant to be moving so I was a little bit panicked, I spent a lot of time looking through different job advertisements but there was something about the Rascal post that really jumped out at me, I tell myself it was my great instincts but I’m ninety nine percent sure it was actually the meme they attached to the post and their impressive yet, chaotic Instagram. Everyone looked like they loved each other and loved working there. I kicked myself into gear, updated my resume and I applied that night. I heard back from my now general manager Dylan soon after, organised an interview for the day after I arrived in Sydney and I guess the rest is history. I’ve been proudly wearing my overalls ever since.

“I also have a huge amount of love and respect for my current bosses. Dardan, Cosmo, Charlie and Dylan have given me the tools and the environment to learn and flourish while still having the time of my life. I spend so much time with these guys, they’re both mentors and close friends, working under them is an absolute privilege.”

I’m currently drinking my Cantina OK! Seltzers. There’s never a time that they don’t go down a treat.

I love that no two nights working in hospo will ever be the same, we work in such a dynamic industry. Every day we get to meet so many new people and are given the opportunity to make their night better than it was when they walked in. Plus, the little rush of “what will tonight be” when you walk in to open the venue never gets old.

I don’t like how quickly my body has deteriorated. I’m 22 but my back and knees are at least 87. I can’t imagine how anyone older than me feels.

The Sydney bar scene is such a tight community, the support you receive and the friends you find is something I’ll never take for granted. It almost feels like extended family. As if you have your immediate relatives within your own company but then you’ve got your cousins down the road that you get to go visit for a knock off. I know I love to run down to Clarence Street and visit the legends down at Cantina OK! for a quick shot of mezcal and a seltzer then toddle on down to Old Mate’s Place for some of those ridiculous lotus chips and a couple of VBs. Obviously, it would be rude not to close out at the Baxter Inn, which as we all know can be so dangerous. I wholeheartedly believe there’s nothing more dangerous than the words “The Baxter?” uttered towards the end of a shift.

I started working in hospitality only a few months before COVID-19 wrapped its very loving arms around us. I’ve researched plenty of bars overseas, I truly have. However, travel has seemed like such an unachievable goal for so long, I haven’t really allowed myself the chance to daydream about all the specific bars I plan on visiting. I know that I cannot wait to make my way down Bourbon St in New Orleans. That’s an experience I have on my hit list for sure. Plus, with the borders now open I am allowing myself to dabble with the idea of making an international move, so, any bars in the UK, please, hit me up.

I owe a lot to my last employers, Sarah (venue manager) and Dom (head chef). They took me under their wings as a green little nineteen-year-old and taught me so much about the industry. Sarah taught me how to carry three plates, and how to make an old fashioned on my first day. Dom taught me so much about different flavours and working under pressure, they really showed me what hospitality was all about.

I also have a huge amount of love and respect for my current bosses. Dardan, Cosmo, Charlie and Dylan have given me the tools and the environment to learn and flourish while still having the time of my life. I spend so much time with these guys, they’re both mentors and close friends, working under them is an absolute privilege. They push me out of my comfort zone and are my biggest supporters, I am so lucky to work for such amazing people who believe in me as much as they do.

I imagine that in five years I will be living and working as a bartender in Europe, hopefully somewhere in Ireland if all goes to plan. If I haven’t made the international move, I’ll probably still be rocking my overalls and slinging booze at rascals.

If I could have a drink with anyone (alive or dead), I would be sitting with Kate Bush, in a very lavish garden and we would absolutely be drinking a couple of London Callings. That cocktail makes me think of her music every time I drink it and I have no real reasoning behind it other than how much I love them both.