The Milk Punch is one of those misunderstood drinks beloved by bartenders, but one which the uninitiated just don’t get. It’s a Punch, but with milk? But it’s not milky?

Of course you can find a milky-looking Milk Punch, and those are the types which are usually single serve drinks — the New Orleans Milk Punch with cognac, rum, pimento dram, sugar and milk is a delicious way to get your calcium intake up.

But those are not Punch, at least not in the classical definition, because they lack a sour element in their recipes.

And it is the citrus and dairy combo which makes Milk Punch so remarkable a drink — and one that has been around since the 1600s.

Citrus, when added to milk, is going to make the milk curdle — the acids don’t play so well with the milk proteins, causing the proteins to clump together on the surface.

But should you mix all your ingredients — including milk — together, and bring the mixture to a near boil, you can skim away the curdled milk. Do this until all the curdled milk is gone and you’ll end up with a clear concoction that is suitable for bottling and storing.

We’ve seen some interesting takes on the Milk Punch in recent times: Reece Griffiths had a Carrot Milk Punch going at Chula a couple years back (it was a way of making sure they were going through their horchata); more recently at Scout Sydney, their Camelflage used camel milk as the dairy element. Yes, camel milk.

And this recipe here, from Kate McGraw (owner and bartender of Isabel, Bondi) is one of the more technique heavy recipes you’ll find. Which is okay, we think, because with a Milk Punch you’re getting all the hard flavour work done and out of the way, batching the results for a quick pour during service. 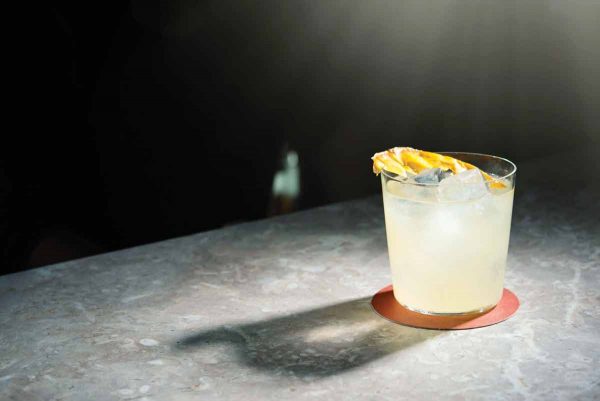 0
Australian Bartender March 2, 2020
No Comments Yet