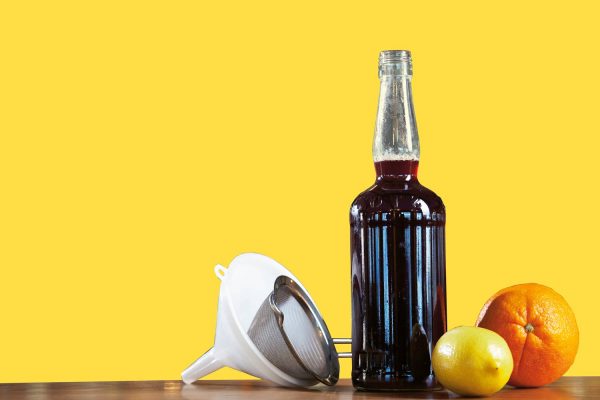 Can you imagine getting hit on the head by a pomegranate? Who throws a pomegranate, anyway? Well, we can only suppose that the French were once fond of lobbing a pomegranate or two — the word grenade (you know, of the explosive, pull the pin and toss type) comes from the early French word for pomegranate, grenade.

According to Amy Stewart’s The Drunken Botanist, the pomegranate tree was cultivated by the ancient Egyptians and has its origins in the Middle East and Asia. It soon found its way to Europe and has been a fixture of French and European syrups and drinks since the 1800’s.

It’s sweet, it’s tart, and it gives a great pink hue to cocktails. We’ve opted for organic pomegranate juice that doesn’t come from concentrate, but if you can find enough fresh pomegranates and have the time to juice them yourself (but let’s face it, who does?), this can give you the best results.