One of Salvatore Calabrese’s favourite drinks is the classic Alexander recipe. Most bartenders worth their gomme will know the Brandy Alexander: brandy, creme de cacao and cream, it isn’t a drink you see ordered often these days, but it still has its place in the repertoire.

But what a lot of bartenders don’t know is that the original Alexander recipe was made with gin, yielding a much lighter, after-dinner style of drink.

“The most important thing, especially in the 80s, was the culture of the after-dinner drink,” Calabrese says. “People would come and have the ultimate encounter: the nightcap. Before you go to bed.”

And though he laments that bartenders seem to have neglected after-dinner drinks in recent years, he thinks they’re ripe for a comeback.

That’s precisely what he has done with his take on the Alexander recipe here, which he showcased a couple months back on his tour of Australia for De Kuyper The Works.

“I am very pleased I came out with the Alexander Big Sister, which is a twist on the classic Alexander. The Alexander was made with gin, so what I did, I used Rutte Celery gin, fresh cream obviously, and white chocolate liqueur, and then I put a little freshness with four or five leaves of mint, and shake, break the mint down, and strain it: it’s beautiful, it’s very seductive and fresh,” he says.

In the video above he steps you through the recipe — get a look at the specs below. 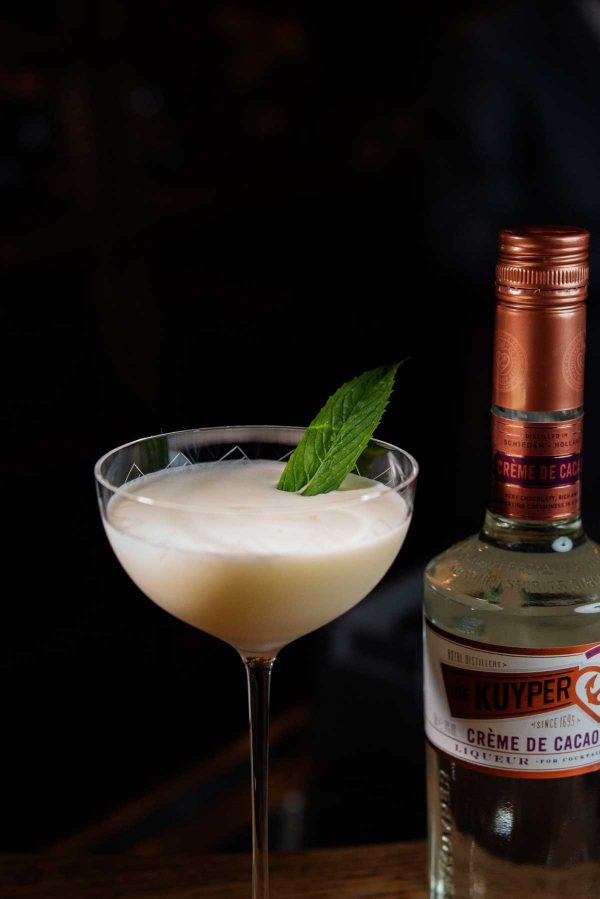