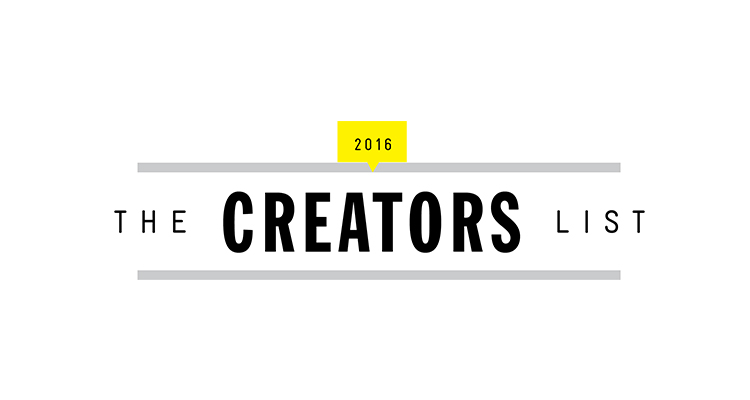 For The Creators List 2016 we put together a panel of global industry figures to offer their suggestions as to who is shaping the future of the bar industry. The full panel is below.

Ali Dedianko is no stranger to international travel and the great bars of the world. The American born, UK-based ambassador’s role sees her putting bartenders through their paces across the globe.

Jason Crawley needs no introduction to Australian bartenders. He’s been a fixture on the scene since the early 2000’s, trained countless numbers of bartenders, and created the Imperial Shaker as well as his consultancy, The Drink Cabinet, which operates in Australia and the UK.

Shervene Shahbazkhani is an award-winning bartender whose work as an ambassador for Bacardi has seen her working with the best that the UK and Europe have to offer.

Marek is based in Hong Kong, and travels throughout Asia sampling the best of what the regions bartenders can offer.

Tasha Lu has the enviable job of traversing South East Asia as the Hendrick’s Gin ambassador, at a time when the Asian scene is exploding with talent and great new bars. Australian bartenders may remember her time at Melbourne’s Eau de Vie.

Jason Williams has worked in some of Australia’s best bars, won the title of Bartender of the Year, and is now working with one of Asia’s most creative and dynamic companies, Proof & Company on advancing the industry.

As director of education for the annual Tales of the Cocktail, Philip Duff is afforded a window into the latest innovations, smartest presenters, and the bartenders who bring something new to the bar game. He’s also a man of many thought-through opinions.

Hamish Smith’s role as the editor of the World’s 50 Best Bars list offers him a unique position to chart the rise of new bars, new bartending regions, and the operators creating experiences for guests that are truly world class.

Dave Kerr is one of the more considered students of the bar industry; a conversation with him about hospitality will lead to many considered opinions, and an enthusiasm for operators who go that one step further and create something original.

Simon Ford
Co-Founder, The 86 Co; Chairman, Tales of the Cocktail

As one of the original rockstar brand ambassadors, Simon Ford has travelled the globe before launching his own spirits firm. He’s also the chairman of Tales of the Cocktail, co-presenting the Spirited Awards each year.

Dan Woolley knows good whisky, and he knows good bars. He’s also one of the most travelled ambassadors doing the rounds in Australia, always in and out of the airport terminal, so he’s offered an unparalleled look at who is doing things well.

As one of the Australian scene’s most successful exports to the wider world, Raj Nagra’s role sees him travelling the world and spreading the word about the stable of Bombay Sapphire gins.

A respected and long-time player in the Australian bar industry – and a keen watcher of trends abroad thanks to his frequent trips home to his country of origin. He’s well travelled, enthusiastic for smart operators, and been around long enough to be hard to fool.

The New Zealand-born global brand ambassador for Bacardi, Dickie Cullimore, has a job that’s the envy of many; through the Global Bacardi Cocktail Competition, he gets to see the best of countries throughout the world.

Sven Almenning has been at the forefront of the craft cocktail movement in Australia for years — first with his consultancy Behind Bars, then with his award-winning stable of bars: Eau de Vie Sydney and Melbourne, The Roosevelt, and Boilermaker House.

For some years now, Hayley Morison has had the tough gig of travelling throughout the country, hosting cocktail competitions and spreading education to bartenders in the best bars Australia-wide.

As the editor of Australian Bartender and organiser of the annual Bartender of the Year competition, Sam Bygrave has the pleasure of sitting at bars around the country and overseas, speaking to the best bartenders and operators in the business.