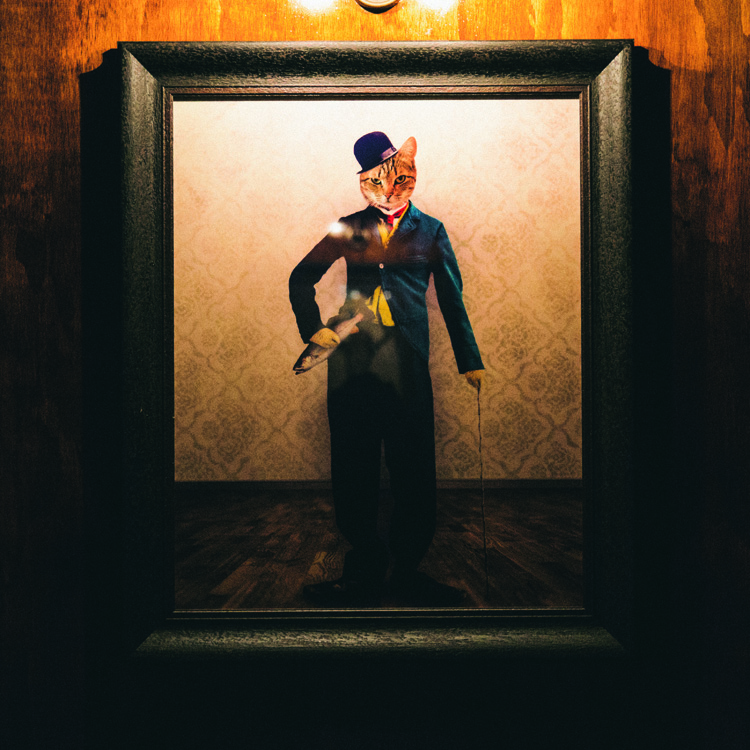 The Brisbane bar scene has been going through something of an ordeal of late. If you hang around the bartender groups on Facebook or look at the news, all the talk is of  the introduction of mandatory ID scanners from 10pm for bars that wish to stay open past midnight. That means that no matter how old you are, you’ll need your ID to party on into the wee hours (unless you’re Denmark’s crown prince and your police escort can vouch for you, that is).

But it’s not all doom and gloom, not if you’re Savile Row’s Martin Lange.

His latest bar has been open five months now, and it’s proving to be just what Brisbane punters need for a night out in Fortitude Valley.

Lange attributes part of the success to the orange door that marks out the bar from the street. 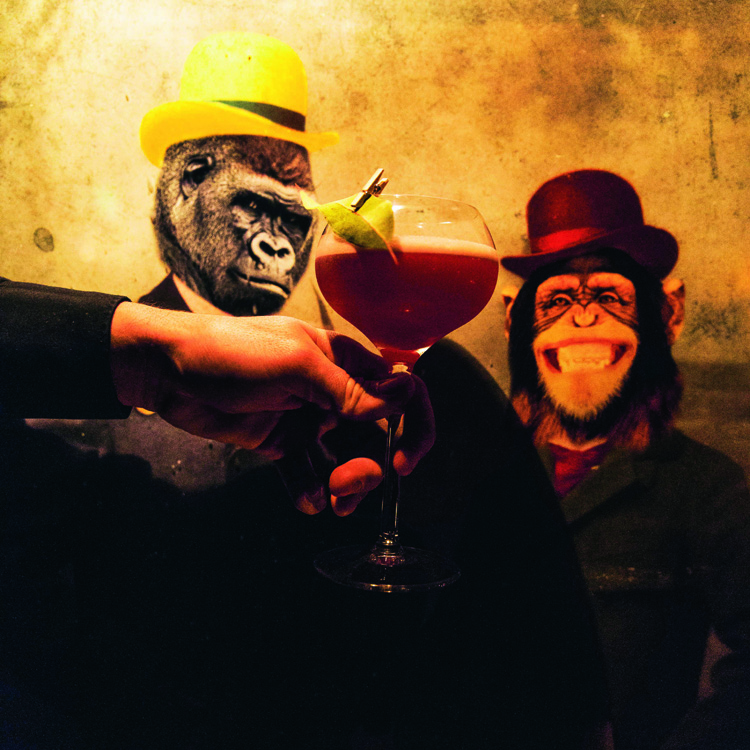 “I think it’s the orange door. We were thinking about what we were going to do with the door, and I thought, let’s just paint it orange. Now people in the Valley at one o’clock in the morning see it and go, oh my god it’s orange — let’s go in!”

But we suspect the success might be more to do with the drinks and the bar crew tending to patrons inside, bringing the no-nonsense good times ethos of Lange’s other bar, Cobbler, to Fortitude Valley.

“We wanted to do something simple in the Valley — do what we did with Cobbler but bring it to the Valley,” he says. 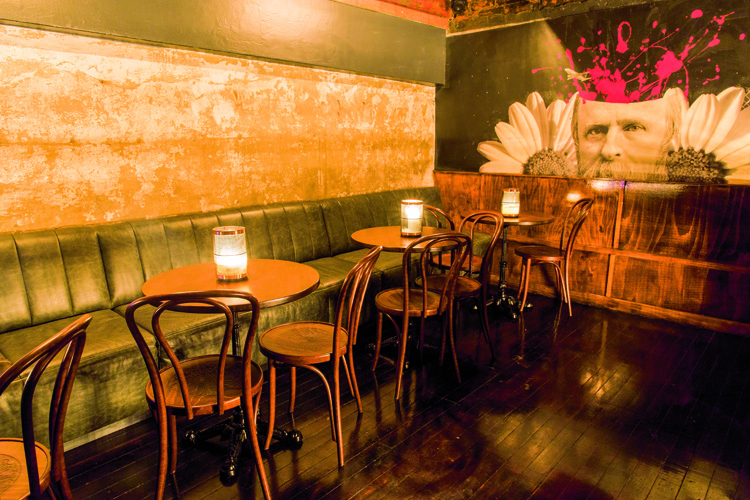 “We were trying to keep it simple and to stay away from theme bars, so even though we do have a very big whisky focus, we have everything from gin to vodka, tequila,  rum, everything. We just wanted to do a bar, where you can get really good spirits, really good cocktails, beers, wines, whatever you want.”

Lange has taken on the operations role day to day at the bar, and you’ll see him hosting on the floor, too. He’s brought over John Highton from Cobbler as venue manager, as well as former Cobbler bartender Dominic Xavier who runs the bar with Carlos Hurworth. 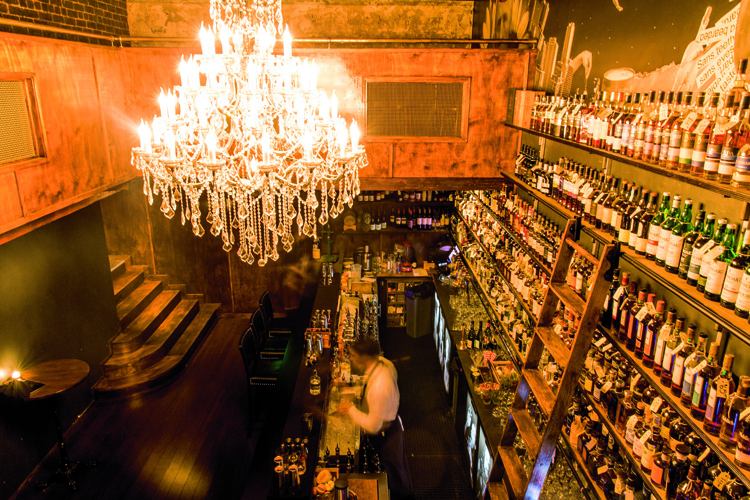 In terms of the cocktails, the list is capped at 20 and not governed by any particular trend or mixology of the moment. And, tired of cocktail menus that list six per page and number in the many dozens, Lange has simplified his menu at Savile Row, with the menu laid out with one cocktail per double page spread.

And apparently, the menu has been quite the hit with his guests as the menus have a habit of heading out the door.

“In three months we’ve had 63 cocktail menus go missing,” says Lange. “We had printed already 100 menus, and each one of them is like $50 each — it’s a fair bit of money to spend in three months. I know that a few of them have been going to industry people as well — I’ve got a friend of mine who went to someone else’s house and they had the menu in the lounge room. And you know what, I’ll take that as a compliment, but at the same time? Come on bro. It’s like, at least just ask for it, and I’ll let you take it— why not?”

The layout of the bar itself is part of the attraction, too, with many focal points of interest and an upstairs level that looks down onto the action happening at the bar below.

It’s upstairs where the guests receive table service, with a bunch of comfortable, dimly lit spots for small groups and couples. Downstairs, you can order at the bar. But across both levels, you’re going to get the kind of informal yet attentive service that Cobbler has made a siganture of their style.

Now, back to those ID scanners. Lange thinks that whilst they’re a hassle, they haven’t been the worst thing for his venue. 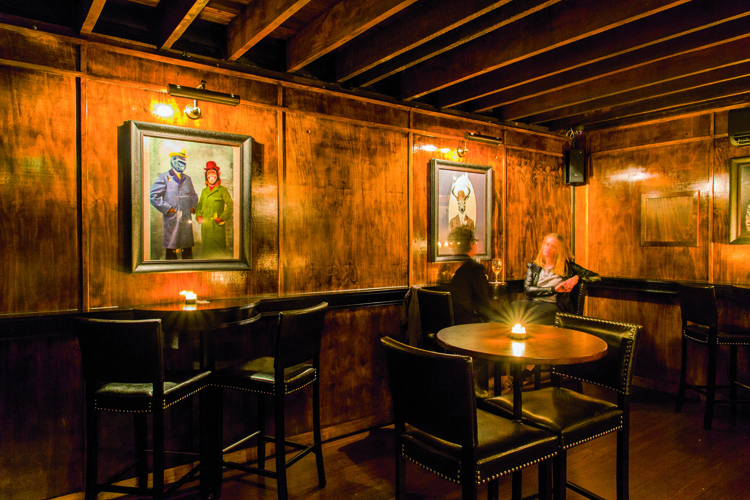 “The only reason why we’re not struggling too much with the ID scanners is because we’re a small bar licence — we only fit 100 people,” he says.

“For the rest of the venues [in Fortitude Valley], where you need to fit 250, 300 people, it’s been a nightmare, it’s not doing them any favours.”

But make no mistake, Fortitude Valley is still attracting people who want to part with their hard-earned.

“In the Valley this week was [music festival and conference] BigSound, and Friday and Saturday there’s at least 50,000 people going through the Valley,” Lange says.

“So Fortitude Valley is still kicking goals, it’s just the ID scanners are slowing everything down. Once they get used to it, then it should be fine.”

But owning a bar in Fortitude Valley hasn’t been without incident.

“The ID scanners have been a blessing in disguise in a way. This Saturday night, these two girls started ripping pages out of the menu, and setting them on fire with a candle.We had them on camera. With the ID scanners now, we can go to those girls and tell them they’re banned for six months, and we can log in what they did wrong.  So even though the scanners are a pain in the arse, and they haven’t been deployed properly, I think it’s actually beneficial because the amount of fucking dickheads that are out there is insane.”

Yet overall, opening Savile Row in the Valley has been a positive experience for Lange, and it’s been well received by the public.

“Everybody has been loving the place, which is fucking sweet,” he says.