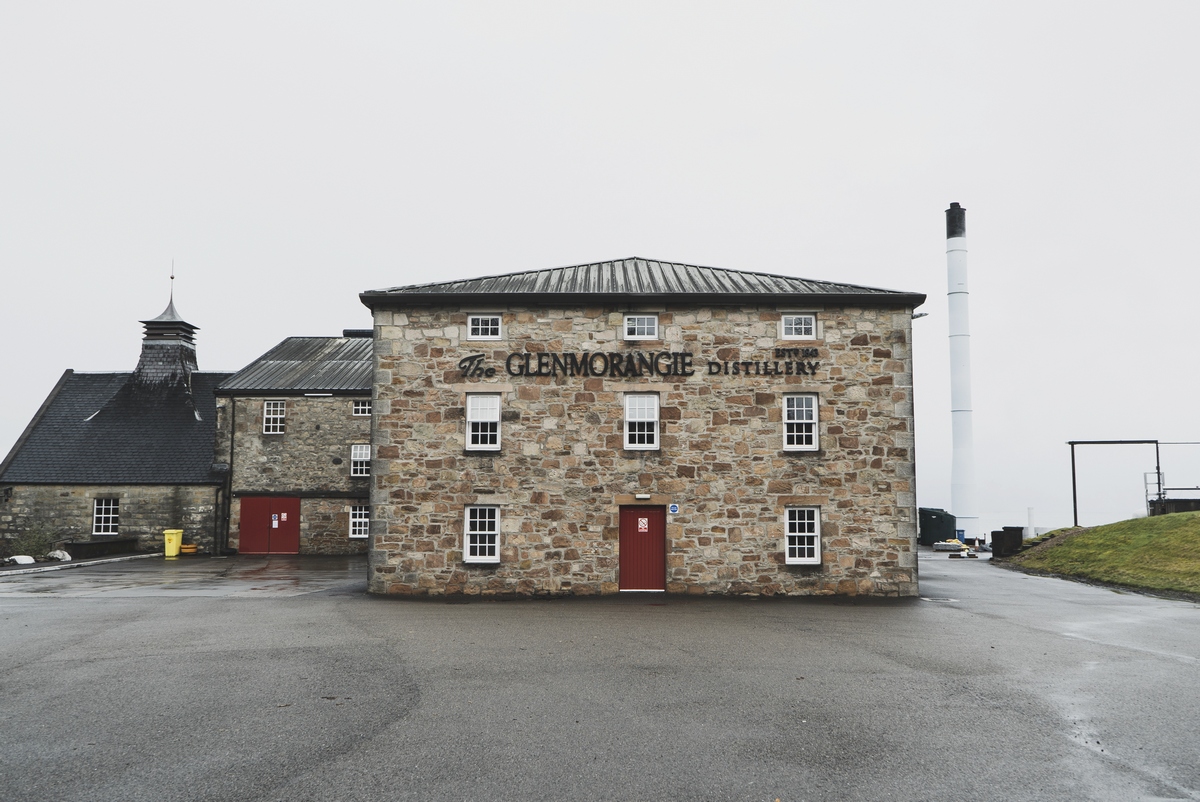 You get a sense of just how north Scotland really is on the way to Glenmorangie; it’s as if as you drive along the ceiling on the world gets a little lower, and the light looks different.

The Glenmorangie Distillery is set near the town of Tain, and it was as far north as we would go on this trip. Its logo is drawn from the Cadboll stone artwork by the Picts, which dates to the 8th century and who inhabited the area; the distillery itself was established in 1843. 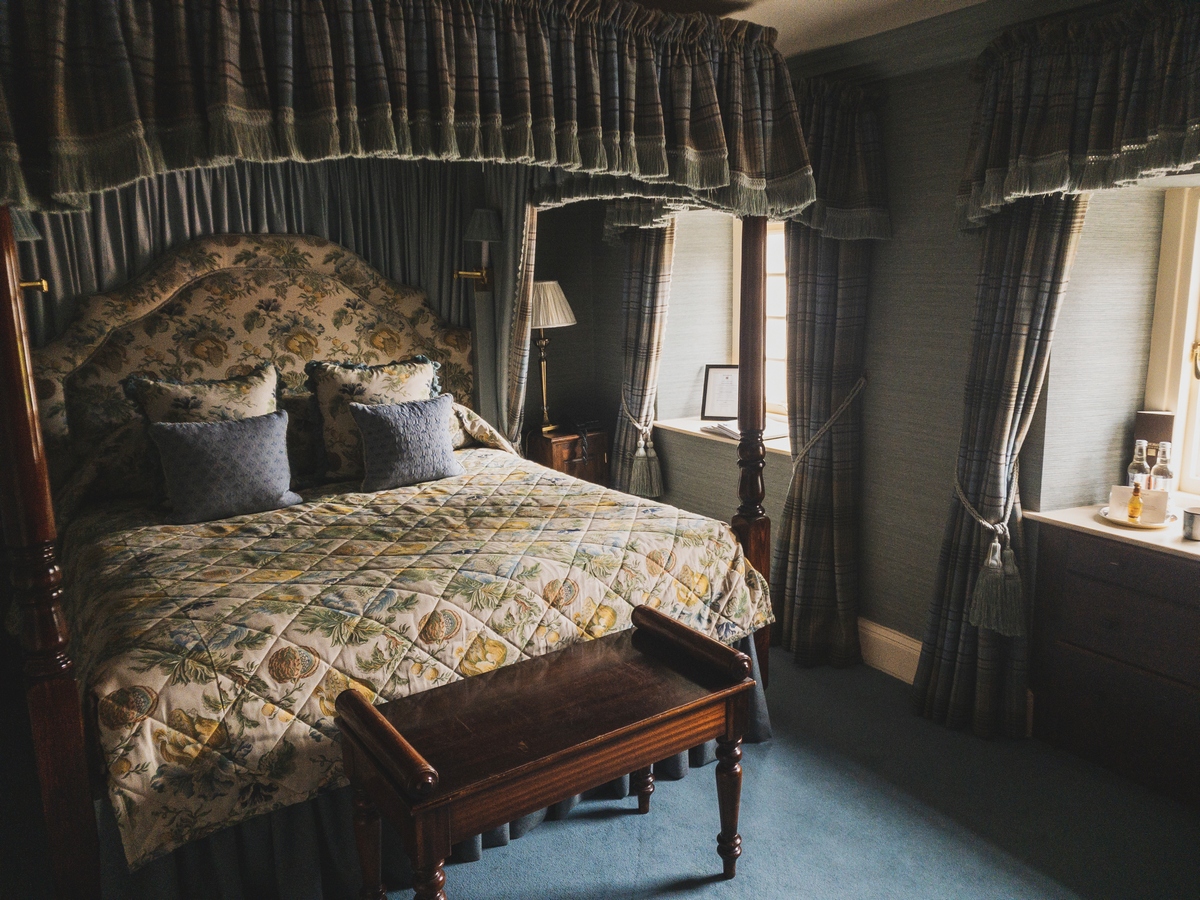 We were also fortunate to get rooms at Glenmorangie House, and if you ever get the opportunity to stay there, take it — it’s a rustic luxury you won’t forget.
Our driver took us the few miles — about 10 to 15 minutes by car — to the distillery, which is known for having the tallest stills in Scotland. This results in a lighter, elegant new make and allows Glenmorangie to make full use of their cask finishing program.
They’ve been experimenting with different wood finishing for decades, and the craft has been pioneered by Dr Bill Lumsden who oversees distilling, whisky creation and their whisky stocks.

The Glenmorangie The Original 10 Years Old is the standard bearer of the distillery, and the core range is differentiated by different takes on wood finishing, be it port cask (as for the Quinta Ruban) or sherry cask (for the Lasanta).
But they also have a range of age statements and limited edition bottlings available, too — our favourite is the Glenmorangie Signet: it has picked up gold medals everywhere, and is a non age statement blend of old whiskies, some of which have used a roasted ‘chocolate’ malt for deeper, richer character.

Introducing Glenmorangie Allta: the 10th Glenmorangie Private Edition is all about the magic of a special yeast

7 ace whisky cocktails, and the fall of age statements