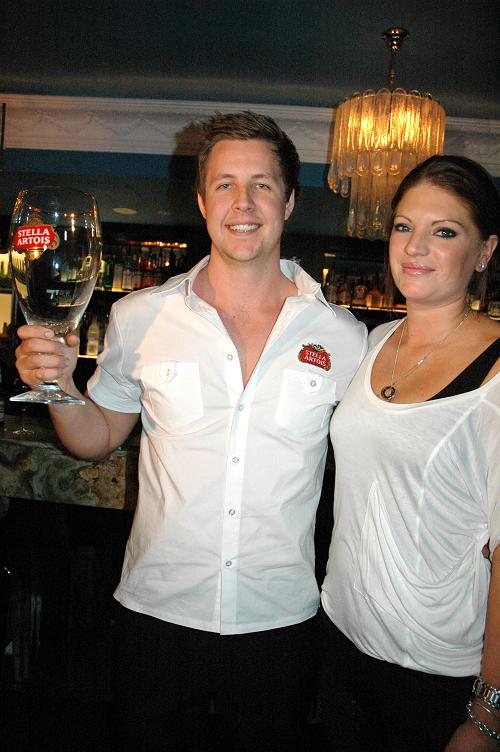 On Wednesday 9 September, Dylan Eisenhut of Hugos Manly was crowned the Australian winner of the 2009 Stella Artois World Draught Masters competition, winning over $33,000 in prizes including the honour of representing Australia in the global final to be held in New York this October.

“I’m absolutely over the moon,” commented Dylan after being presented his award, “To represent Stella Artois and Australia in a global competition is a huge privilege.”

Four finalists, deciced in heats held that day, were asked to compete  in front  of a star studded line-up of guests at Kings Cross’ Kit & Kaboodle. The guest list included host and comedian Josh Lawson, MasterChef Australia star and avid beer fan Chris Badenoch and Channel 7’s James Tobin who took out the celebrity component of the competition and was gifted $1,500 to donate to the Make a Wish Foundation, the charity of his choice. 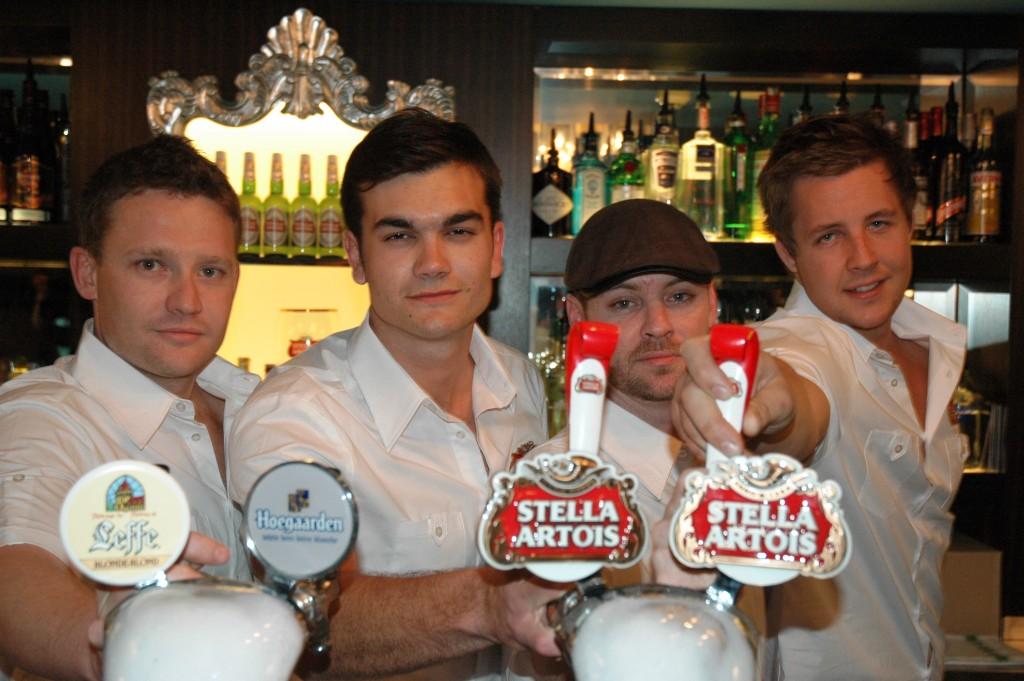 The panel of judges included Badenoch, Sarah Campbell, the Stella Artois brand manager and Simon McGoram, Bartender magazine’s editor and 2002 Stella Artois World Draught Master. In 2009 the judges were asked to place special emphasis on presentation, personality and style with the winner of the global competition becoming Stella Artois global ambassador for a year.