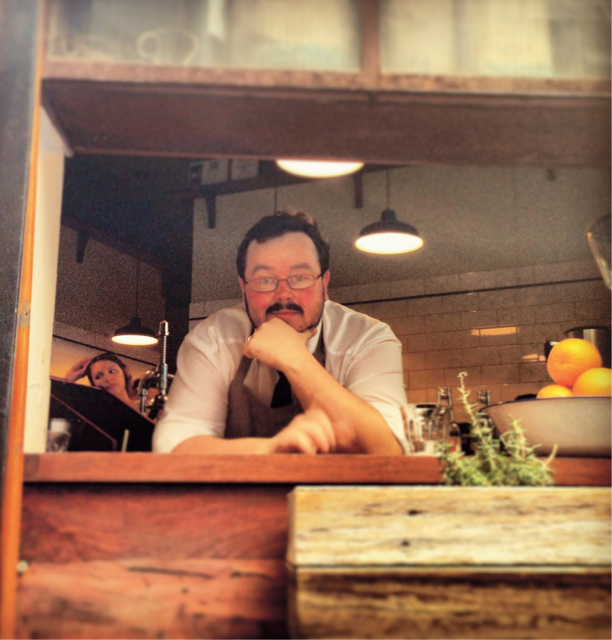 Australian Bartender got to know Mr Lambert, a two-time Bartender of the Year in Ireland and who previously ran the award-winning Merchant Hotel in Belfast, through his vocal and sometimes controversial opinions on Twitter (others would say he just calls it as he sees it). When Matt Bax tapped him to head up the bar at Melbourne’s Bar Americano, he leapt at the chance. Meet the talented Mr Hayden Lambert.

Why do you do what you do? If you weren’t doing this, what would you be doing?

I fell into bartending whilst traveling around Europe, many moons back and I never looked back, I have always loved the social aspect of working a bar. If I wasn’t bartending, I would be working outside building houses. But I have dreamed of being a ballerina.

Tell us a little about where you’ve worked before?

It’s no secret that I have worked in one of the worlds most awarded bars. What is great about The Merchant Hotel was its atmosphere, the staff and of course the surroundings were awesome! We worked extremely hard to gain and establish an international reputation as an outstanding cocktail bar. We had solid menus, great glassware and a ‘can do’ attitude. We were in Belfast not Mayfair which I think also contributed to our success. We were hand cracking ice and doing some pretty cool things before it become trendy, we showed the world that hotel bars could be cool without being too pretentious.

Tell us a little about your role at Bar Americano?

My role is what you would expect of a head bartender. I manage the bar, implement new menus and train staff, but lucky for me, the team is pretty well-schooled and sadly much brighter than me. Oh! And most importantly I’ll be making drinks in one of the most beautiful cocktail bars I’ve ever seen.

It’s hard to be creative in an industry that borrows so heavily from the past. I look at drinks and see how I can put simple twists on them. I used to read a lot (I mean a lot) of cocktail books, but these days I only read children stories to my three year old. I browse food blogs and various cocktails blogs to see how others would approach similar drinks.

What excites you about the Australian bar industry — how is it different from Ireland?

It’s up and coming! There are some great bartenders over here and it seems after a week at Bar Americano I’ve realised how much Aussies love their cocktails. There are a lot more high quality a cocktail bars in Australia compared to Ireland. And the heat really changes the choice of drinks the people of Melbourne order.

What can it use more of? Less of?

You’ve won awards yourself, and the Merchant Hotel has also won awards — how important do you think these are for a bar’s success and for the individual bartender?

There are loads of great bars, which don’t have any awards, so I think there are shades of grey. After winning an award such as Tales, you will always find you have increased sales, but generally this comes through the media awareness of these internationally acclaimed awards.

For me, all my awards mean nothing without PR and media support that has followed it. I used to worry about it in the past, but now I’m not looking for awards, I can focus on improving an already great little bar (Bar Americano) and put energy in creating an amazing experience for our loyal customers.

What mistakes have taught you the most important lessons?

I went through some serious problems a couple of years ago. I didn’t stand up for myself and I let myself get pushed around. I’m quite easy going and hate confrontation (someone has family issues!) I was also trying to be something I’m not. Just be yourself and don’t let this industry push you around as it can be a cruel temptress.

They are the core of your business. Always hire and keep the good ones, remove bad ones quickly, just like a band-aid.

Do you have a pet hate about the industry that you can share, or is there something that really gets under your skin you’d like to have a quick rant about? Time starts… now!

Know it alls! People whom only talk about cocktails. (Snore) We are people not machines. Bartenders who steal- you know who you are! Brands that are only interested in volume…

Bartenders who don’t like you, yet have never met or had a conversation with you.

What advice would you give young bartenders coming through today?

Relax, serve your time and enjoy your work. Find mentors that give you great advice and don’t listen to everyone.  If you want to be famous and adored by the masses become an actor.