Spiced rum has become pretty popular over the last few years. Perhaps it because of the range of different flavours that can be found in any given bottling: from crowd-pleasing cinnamon and vanilla, to darker, more clove-like aromas, there’s sure to be a bottling for everyone. Or perhaps its growing popularity is because those flavours can punch through whatever mixer is employed in aid of getting the rum down the hatch.

The Wild Rover’s Jonothan Carr said that although punters tend to brand call their spiced rums when the approach the bar — that is, they call for Sailor Jerry and dry, or something similar — if the bar isn’t stocking that product then these punters are pretty happy to be turned on to new spiced rum expressions. It might suggest that though brand recognition is pretty good for some, the loyalty isn’t necessarily there. 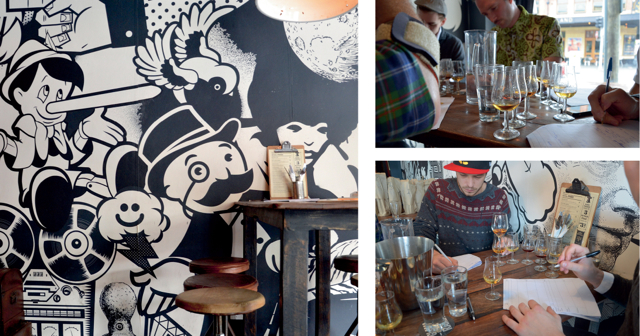 The two standouts for the tasting were the Kraken and Bacardi Oakheart, the latter just edging out the Kraken to take the honour of topping the tasting. There was something about the aroma of fruits that popped from the glass that distinguished it from the others, according to the panel. Sailor Jerry also got an honourable mention, with a number of uses in cocktails suggesting themselves to the panel.

The tasting notes are below — click through on the image to see a larger version. 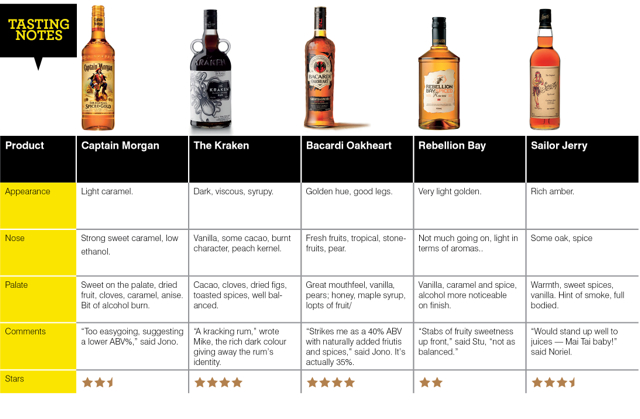