Recipes, Recipes
January 30, 2018
by Australian Bartender
0
Pearl diving is a tough business. For a long time, pearls have been harvested through the dicey work of diving to the ocean floor whilst holding one’s breath. It was worthwhile enough to undergo the gamble.

In Japan, the Ama for some 2000 years did this: women on Japan’s Pacific coast have been free-diving and parsing the seabed for pearls; there’s evidence, too, that Torres Strait Islanders have long been harvesters of these rare jewells, trading pearl shells with Macassan fishermen from the Indonesian island of Sulawesi going back some 500 years or so.

But even the advent of diving suits (which would weigh 80 kilograms and supply you with oxygen) wasn’t enough to cut the scarily high death rate among divers; in Broome around the turn of last century some estimates put the fatality rate at 50 percent, because, you know, sharks and cyclones and stuff.

The practice was also common in the South Pacific, too. And it’s doubtless that the South Pacific islands were in the mind of Don the Beachcomber when he created the Pearl Diver, around 1937.

It’s a refreshing drink this drink, and though the prep can be somewhat arduous — the honey cream takes some effort to produce — it’s not exactly hard work in the same vein of shark dodging at the bottom of the ocean.

We’ve cribbed our spec for this from Tom Bulmer at Sydney tiki popup, Lost Luau, which is running until the end of summer. Bulmer swaps out the lime juice of Don the Beachcomber’s original recipe for lemon instead, as he feels it gives a little something extra too the final mix. 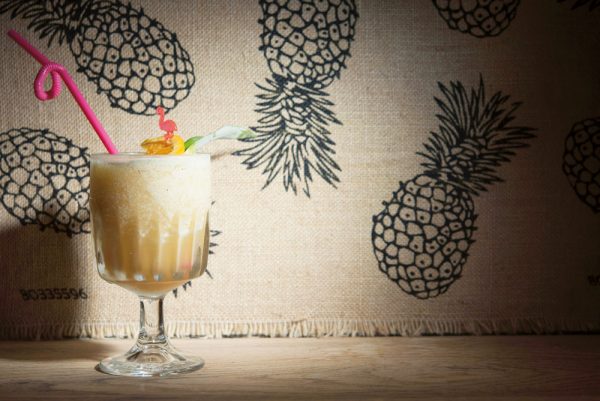 0
Australian Bartender January 30, 2018
No Comments Yet