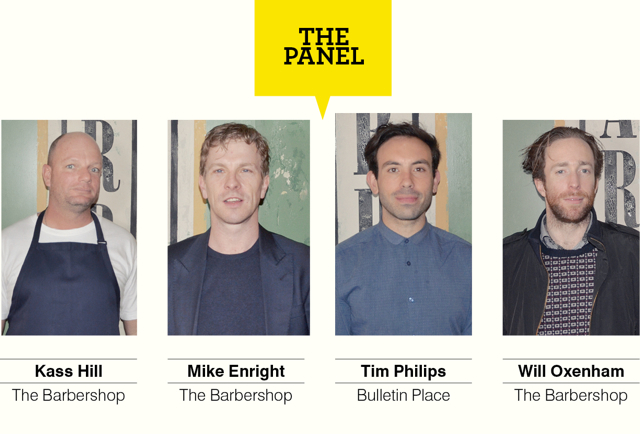 Hosted by The Barber Shop, Sydney

There is no mistaking it: mezcal has been on the lips of bartenders everywhere of late. Not that it’s something you’re going to find many punters are asking for (they’re still getting used to the idea of tequila as something you sip), mezcal is just a step too far for many of them. But for bartenders, this is a final frontier of sorts. It’s a wild west, yippe-ki-yay motherfucker of a drink. We assembled a very rustic lineup, with a couple of mezcals (the Montelobos and the Mezcaloteca) coming direct Mexico.

What was the panel looking for in their mezcal? “Fresh, smokiness,” said Philips. “My eyes were opened up to mezcal a month or two ago, I was in Mexico and I was in Mexico City and I went there with full intentions to bring back a dozen tequilas. I was chatting to some bartenders there about getting some tequilas and they were like, no one drinks tequila any more; everyone drinks mezcal.

“The more I tried, the more I was like, wow. The purity of spirit, the vegetal notes, and obviously that signature smoke as well.”

But it is hard to pin down just what a mezcal should be, given the multitude of ways they’re made.

“There’s a lot of variety as a category,” said Kass, “because its not really governed, like Tequila.”

Blind tasting the mezcals posed a bit of a problem: because it is such a unique category of spirit — elemental and raw and often rough and ready — do notions of balance go out the window? Given the high ABV of many of the drops on taste, this was a concern, but the panel seemed willing to embrace the rustic spirit within.

There is no doubt that the spirits on show here were full of character, to say the least. And that’s true of the category more broadly.

“I think its one of the most in-depth spirits in the world, it’s not up there with Scotch which is my favourite category, but it’s pretty damn close to it,”
said Philips.

“It does what it says on the tin,” he said, “and it hasn’t been corrupted yet like tequila — though they’re trying.” 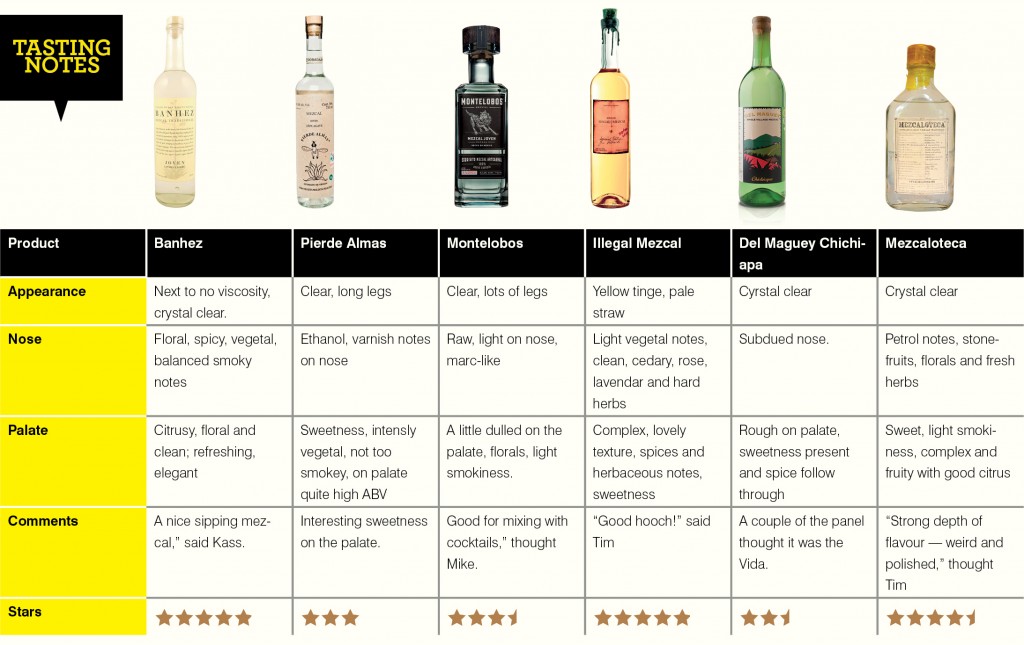 0
Australian Bartender October 18, 2013
No Comments Yet

These are 2019’s best tequila bars in Australia

Take a look at Cantina OK!’s recipe for the Fizz OK!

Cantina OK! is the newest bar from the guys behind Tio’s Cerveceria

Explainer: here’s the mezcal ambassador with some Mezcal 101 for you