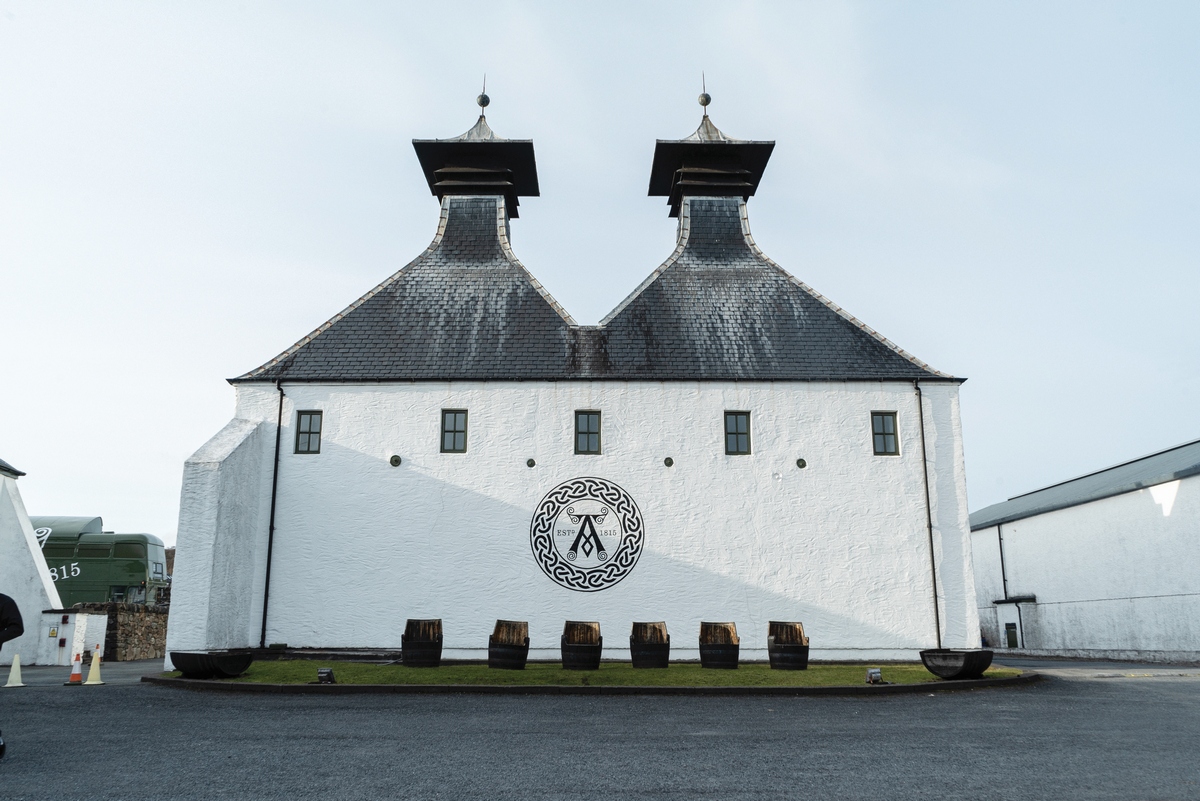 When it comes to in-depth tours, the welcome we received at Ardbeg is up there. Ardbeg celebrated its 200th birthday back in 2015, and the annual release of their Ardbeg Committee whisky — this year’s, Ardbeg Blaaack, is the 20th such release — brings it a lot of attention in the whisky world.

When we visit in early March, some parts of the distillery are behind scaffolding, as they work on plans to double their output — much like at other distilleries on Islay, there’s an ever-growing demand for Ardbeg’s output — and taking their stills from two to four.
We are on Islay, so let’s talk about peat and how Ardbeg’s set up affects their whisky. Much of the malt they use is peated up to around 55 ppm — one of the highest on Islay. But, as our guide tells us, the use of a purifier hanging off the pot still’s lyne arm actually takes out some of that peated character from the final whisky. 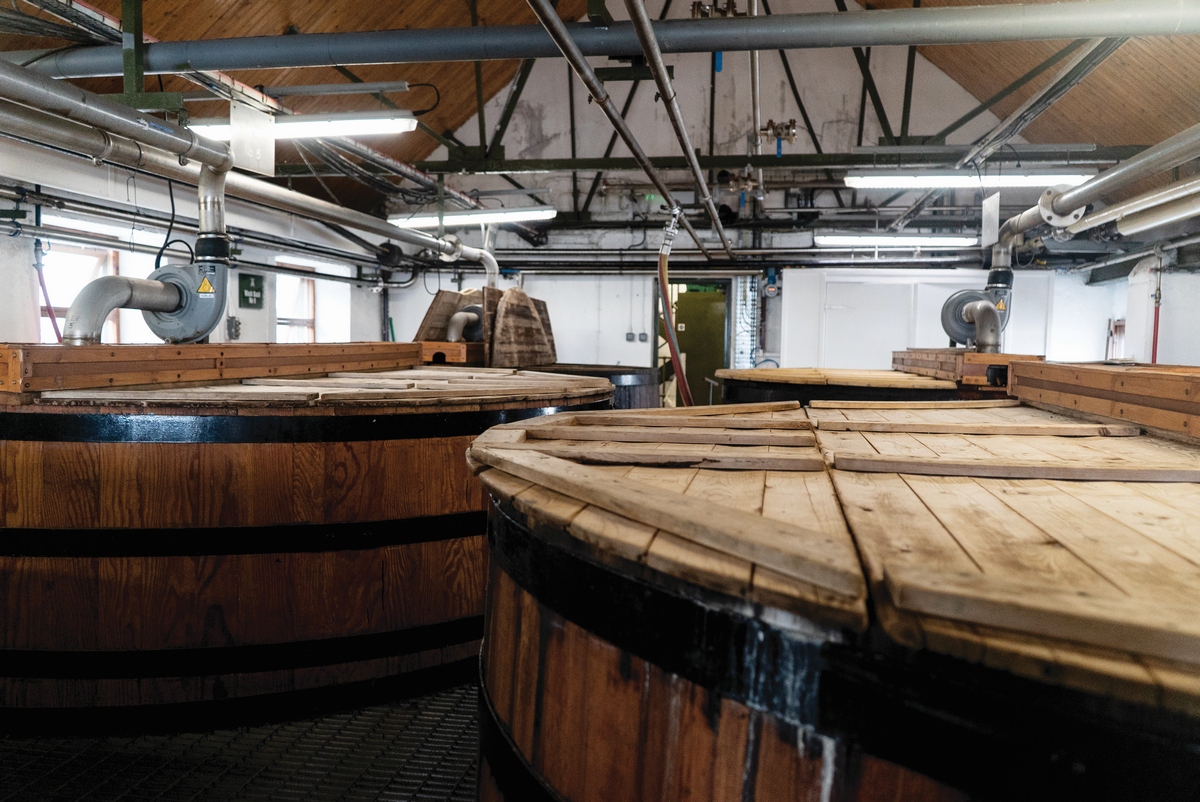 And if you want to know which side of the wooden versus stainless steel fermentation vats debate Ardbeg comes down on, they use eight Douglas fir fermenters — it’s in this room that the character of the whisky begins, our guide says. 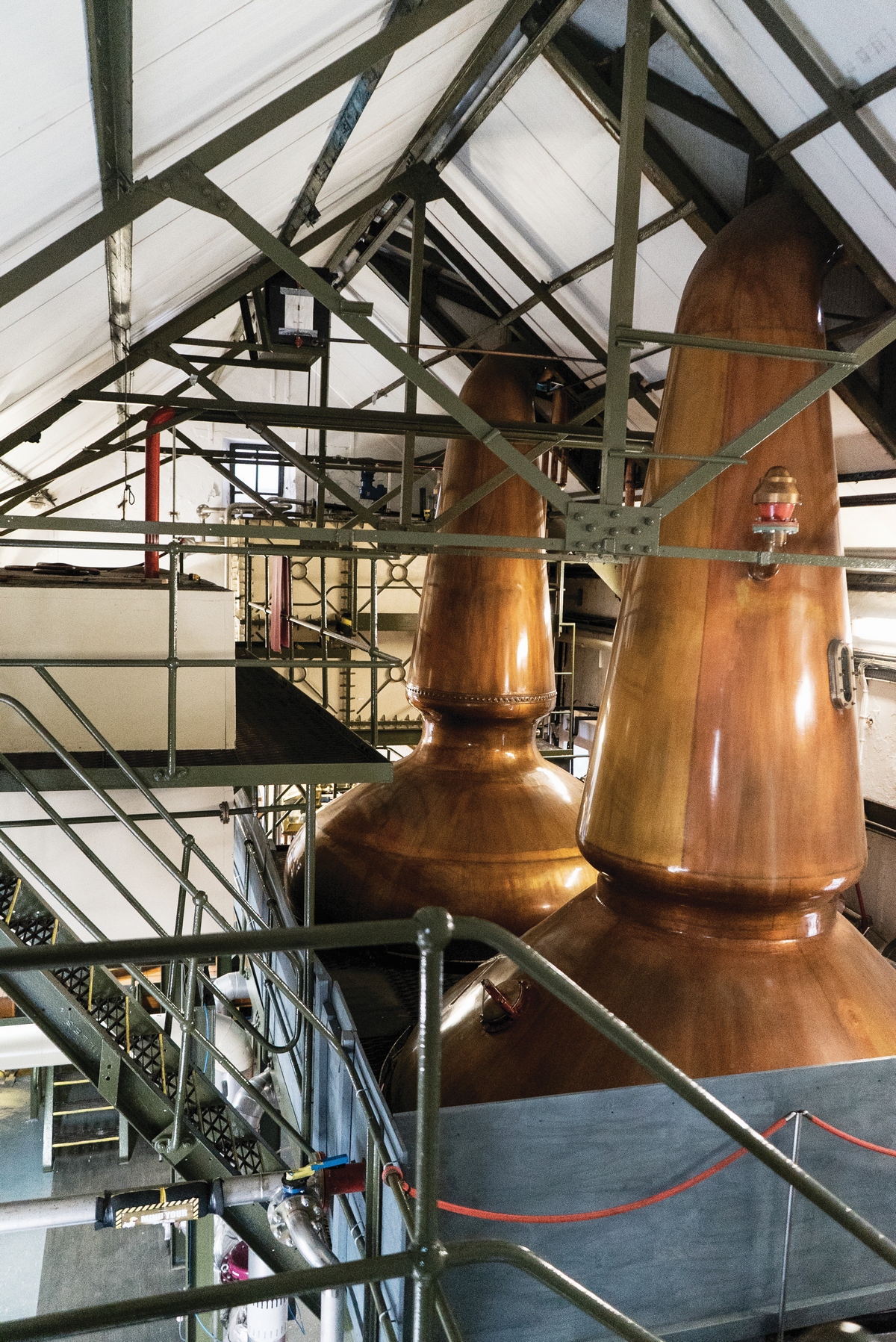 The Whiskies The Ardbeg Ten Years Old is the flagship dram from this distillery, though they have a number of other releases in the core range (the sherried Ardbeg Uigeadail being a long-time favourite of ours). If you want something super rare, however, you’ll need to head to the distillery when they release their annual Committee edition — it’s so sought after that people who live on Islay are restricted to a two bottle purchase (that doesn’t stop them from disguising their appearance and breaking the rules, we’re told).

This is our fourth instalment in our Scotland series. Stay tuned for more over the coming weeks or check out our July issue.