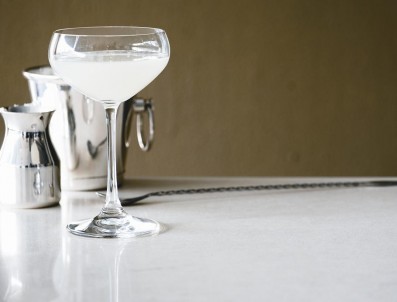 With the Original Bacardi Daiquiri being the Official Cocktail of Sydney BarShow Week we thought it was only fitting that we feature this delicious classic in the months leading up to the show. So without further ado here is the story of the Daíqurí.

Cuba, the largest of the Caribbean islands, is known as a cradle of cocktail culture. Whilst the last of the great cantineros (bartenders) from Cuba’s cocktail golden age (1920s and ’30s) have passed their fabulous rum cocktails live on. It’s ironic, however, given the island’s cocktail heritage, that it was relatively late onto the rum  producing scene. According to rum enthusiast Dave Broom in his book Rum, Cuba quickly made up ground after its slow start.

“By 1778,” begins Broom, “close to 50,000 gallons of aguardietne were being exported, rising to over one million by the turn of the nineteenth century.”

By 1861, Cuba boasted one of the most advanced sugar industries in the world with over 125 distilleries attached to sugar plantations. Things were about to get a whole lot more sophisticated too with the importation of the continuous or column still. In 1862, one Don Facundo Bacardí Massó produced a revolutionary new product with the aid of this new technology in Santiago de Cuba – Bacardi Superior Rum. This spirit was the world’s first premium, aged, white rum. Lighter, softer and sweeter in style than any rum of the day, this was the product that would allow Jennings Stockton Cox to create the original Daiquirí.

“This spirit was the world’s first premium, aged, white rum. Lighter, softer and sweeter in style than any rum of the day, this was the product that would allow Jennings Stockton Cox to create the original Daiquirí.”

In 1898, Cox, a US mining engineer, was managing the copper mines in the town of Daiquirí, Cuba on the outskirts of Santiago de Cuba.  Mining in the tropical climate was hot work, but fortunately Cox came up with a refreshing remedy. Simply by picking a lime from a nearby tree, squeezing the fresh juice into a glass, adding sugar, crushed ice and the local Bacardi Superior Rum a classic was born.

Cox’s refreshing cocktail creation quickly spread throughout Cuba, but in its early years the Bacardi Daiquirí was a rare pleasure enjoyed mainly by the island’s residents. Cox was the main driving force behind its early fame as he would frequently share his cocktail with friends, colleagues and acquaintances, most famously at the Hotel Venus bar in Santiago de Cuba. It was here, on one memorable night, that the name ‘Daiquirí’ – named after the town – was chosen for his creation.

It wasn’t until one historic day in 1910 when Cox invited visiting US Navy Officer Lucius W. Johnson to share a cocktail or two with him that the Bacardi Daiquirí was finally on the road to worldwide fame and classic cocktail status.

Johnson so enjoyed this new creation that he took the recipe for the Daiquirí and plentiful supplies of its key ingredient, Bacardi Superior Rum, on his voyages around the world. He started with a journey back home to the US where Johnson famously introduced the first US bartenders to his new discovery at the Army and Navy Club in Washington, D.C. It was an occasion which is recognised to this day with a plaque in the Daiquirí Lounge of the Club honouring Johnson’s place in cocktail history.

The Daiquirí presented in this feature we’ve been lucky enough to make with the Bacardi Superior Rum Heritage Limited Edition. This very special bottling is blended and designed to replicate the rum that Johnson would have used to first spread the word about Original Bacardi Daiquirí in 1910. Coming in at a higher 89° proof (44.5% a/v) the Heritage Limited Edition produces a beautifully cold and flavoursome Daiquirí – perfect for celebrating 100 years of this classic’s global fame.

Add sugar, freshly squeezed lime juice and your Bacardi Superior Rum to a cocktail shaker. Stir briefly to dissolve sugar, add both crushed and cubed ice then shake with extreme prejudice and a winning smile. Strain into a chilled cocktail glass.

For World Daiquiri Day, our favourite tips on how to make the Daiquiri

Cocktail history getting you down? This Banana Daiquiri recipe is the antidote