We love our gin, and we know you do too. And, frankly, so does the wider drinking community.

The demand for all things juniperous has led to the creation of some very fine temples celebrating gin. Here, we take a look at the destinations around the world that will satiate gin lovers.

It’s not exactly scientific — no list ever is — but we asked some of the biggest gin fans we know for their favourite gin bars. To get on this list, the bar had to appear in two or more of the lists from our panel.

Those on the panel were selected not just because they know and love their gin, but because we know them to ardent travellers in search of a good Martini or two. 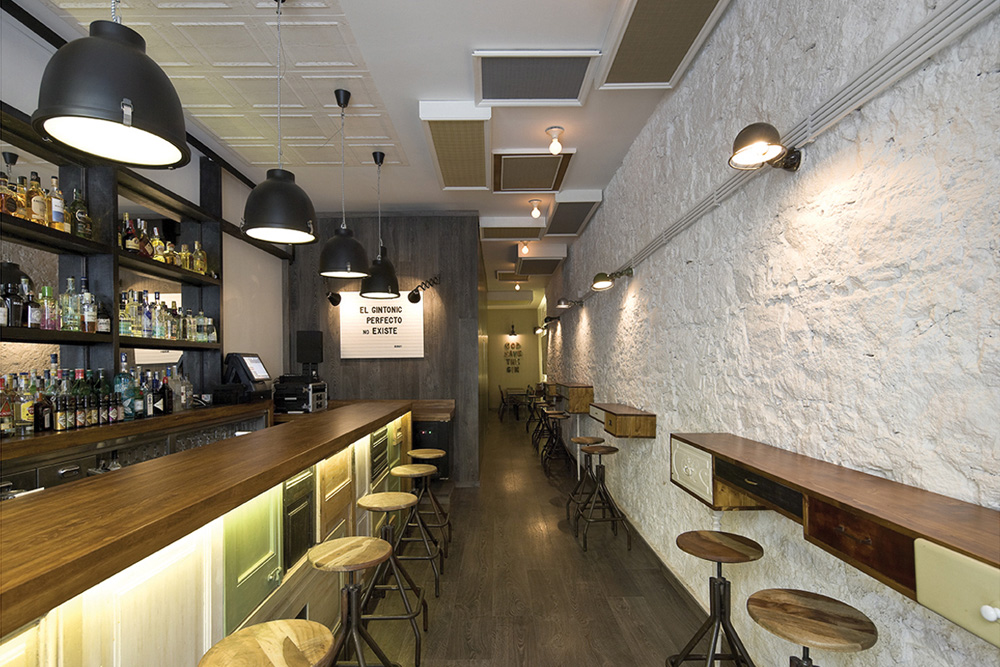 Bobby Gin was a popular choice among the panel. The Barcelona bar even served as the inspiration for the now-defunct Enrique’s School For To Bullfighting in Perth, according to James Connolly. Well traveled raconteur, Philip Duff says that it’s one of his favourites because it is “arguably the most well-stocked gin bar in the most well-stocked gin country in the world, and my mate the owner Alberto [Pizarro] has a sign up saying The Perfect Gin & Tonic Doesn’t Exist!”

Jeremy Spencer thinks that it’s the service that wins for this bar, with gin and tonic matches and owner Alberto’s team kicking goals. “I would move to Spain just for this,” he says.

With a large range of gins paired with their perfect partner tonics, and food to match as well, Bobby Gin is a standout. 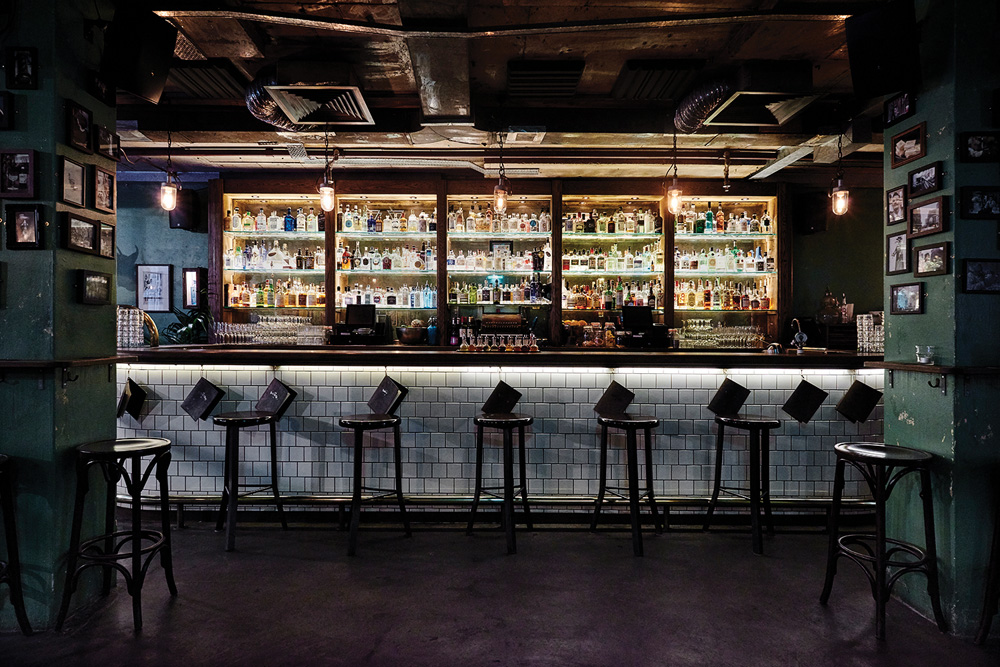 There’s no surprise to see The Barber Shop on this list — they were named Gin Bar of the Year last year — and it’s owner Mike Enright’s passion for gin that has seen the bar become recognised internationally (and they’ve just been named a finalist at this year’s Tales of the Cocktail Spirited Awards).

“The welcome is always warm and the Martinis are always cold. One of the best commercial gin collections in Australia, and the only place I’ve ever been able to enjoy an excellent haircut while sipping on an excellent Martini,” says Tim Stones, Manly Spirits Co.’s distiller and former globetrotting ambassador with Beefeater Gin.

The global ambassador for The Bombay Spirits Company, Raj Nagra, commends the place as having “a great range of gins and bar program,” that isn’t overdone.

Go earlier in the week, early in the evening, if you like your bars on the calmer side with a good dash of banter, but be warned: the bar has a habit of filling up unexpectedly for a genuine gin-loving knees-up when you least expect it.

This Notting Hill bastion of gin has four floors of juniper goodness to indulge in.

Opening last year to much media attention and bartender chatter, it’s the project of notable London bartender Jake Burger (who is also behind Portobello Road Gin), and run by Joe Worthington, a bartender formerly based in Sydney. There’s three levels of bars and some 100-odd gins, and three hotel rooms on the site, the mini bars of which are stocked with gin and gin cocktails.

“Jake has done a great job with the space and they have some great education on site,” says Nagra.

Gin Palace is the Australian gin bar that started it all, back in the 1990’s when no-one actually liked gin.

“An obvious one, but still going solid as it approaches its 20th birthday. A gin selection of quality to match one of the best chicken toasties in town, their Martinis are large and unforgivingly delicious,” says Hendrick’s ambassador Morgan Flanagan. “Open every single day of the year, 4pm untill 3am, except for days when the staff abscond for their annual party, this is a venue filled with customers and hospitality crowd constantly and alongside manager Trish Brew’s fondness for a quick measure of gin, room temperature preferably (or warmer), it’s always a good time (until perhaps the next day). World Gin Day is a party here that very few can match,” he says. 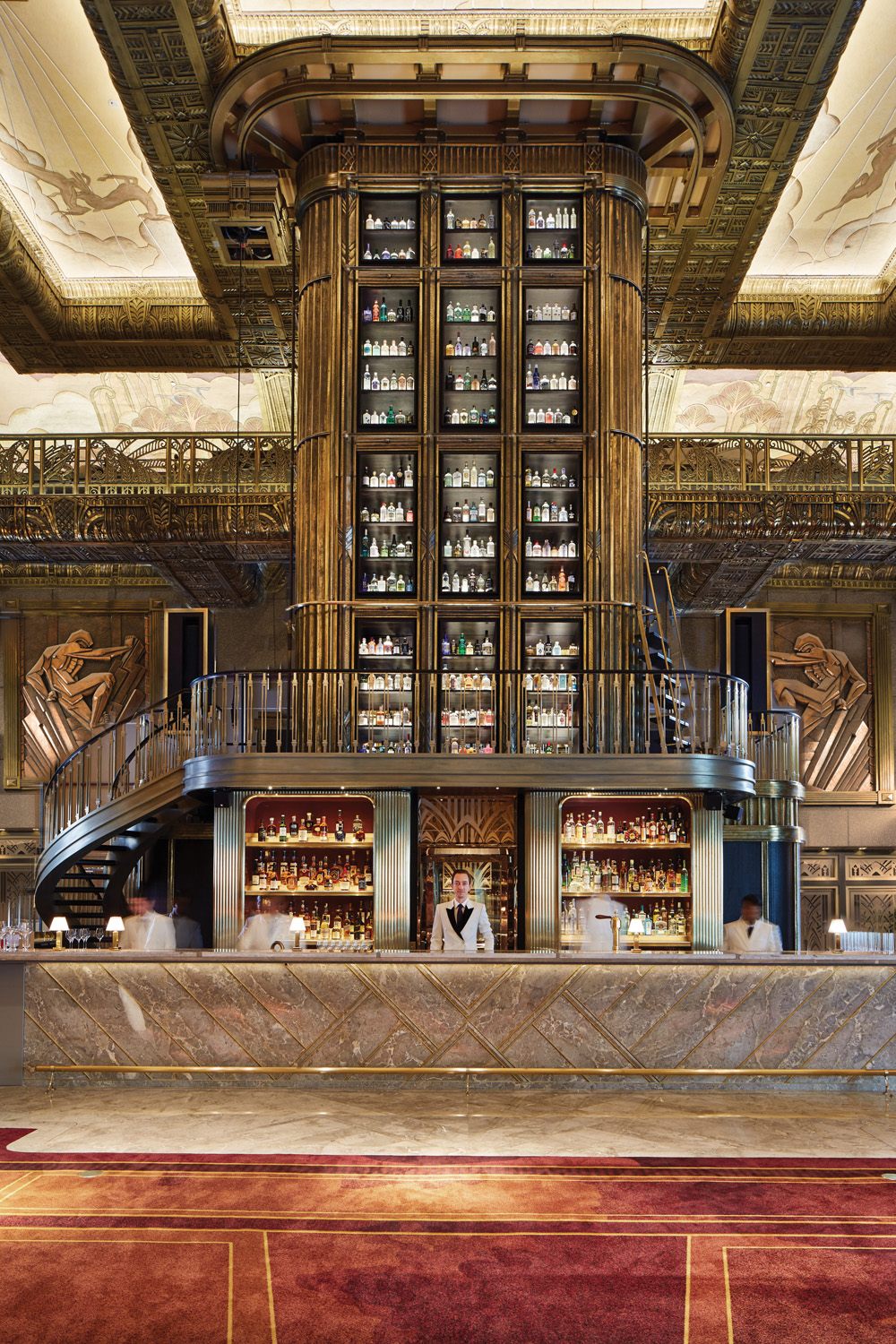 The newest bar on this list, Atlas is possibly the most ambitious bar to open this year.

They’ve brought out some ex-Artesian bartending talent, and invested heavily in scouring the globe for great gin — you’d be hard-pressed to find a more extensive list of quality spirits.

“Theres nothing like it on earth,” says Four Pillars’ bartender at large, Samuel Ng. “Phenomenal venue, with over 1000 gins on display from a selection of 3000, with a very good Aussie representation amongst a vintage selection that goes back to the 1910’s. Their commitment to gin is such that they are getting in contact with third generation juniper farmers for producers like Bombay and will be holding masterclasses from them.”

“Great list and a huge selection of gins!” says Nagra of this San Francisco temple to gin and the Victorian era.
It does have a great selection of gin, but it also goes big on the decor – think of a Victorian-era tube station gussied up with a good glug of gin.

“It offers a glimpse of all eras of gin, from Mother’s ruin to neo-modern-steampunk,” says Duff.

Moya’s Juniper Lounge, Sydney: “An eccentric but honest bar that we wish could be our lounge room,” says Flanagan.

Dry Martini Bar, Barcelona: “For obvious reasons including tabs on their running Martini count,” says Nagra. “I was in there just a couple of weeks ago, and they still make a great Martini!”