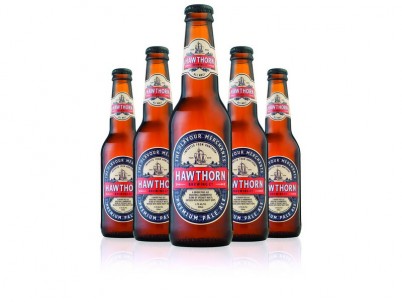 ‘The Flavour Merchants’ – aka the Hawthorn Brewing Company – are proud to announce the release their first beer, a flavoursome pale ale, that has been already been met with success, in the few short months that it has been available in Victoria. The Hawthorn Brewing Company boast that the tasty brew is now available 40 pubs, bars and bottle shops, including top notch venues like Richmond’s Der Raum.

Hawthorn Brewing Company is the dream of three friends from Melbourne: Peter Willis, Hamish Reed and Darren Milo. The trio acknowledge that: “We’ve come a long way since we began home brewing for ourselves and our mates at BBQ’s more than 10 years ago.”

The company was established in 2008 with the aim of bringing great tasting recipes to the thirsty masses. This particular formulation took 11 trials (and apparently just as much taste testing) to finalise. Produced at the Mildura Brewery the group have tried to avoid their beer being yet another bottle conditioned American pale ale, so their recipe is an unusual mix of New and Old World hops. The result is a pale ale that presents a rich and complex malt character, derived from a bold blend of five different types of lightly kilned grain balanced by the by the inclusion of five complementary varieties of hops sourced from New Zealand, Southern England and the US Pacific Northwest.

Plans are afoot for a second and third brew to be released this year.

0
Australian Bartender March 5, 2010
No Comments Yet