Rum, Ron, Rhum — it’s the spirit that goes by many names, depending on where it’s found. Because it is found throughout the world — really, anywhere that has produced sugar has some sort of rum industry happening — what constitutes a rum can differ according to the local regulations. For instance, plenty of the rum produced in the Caribbean and consumed in the US is white, unaged rum, because US labelling laws don’t stipulate a minimum maturation period for rum. 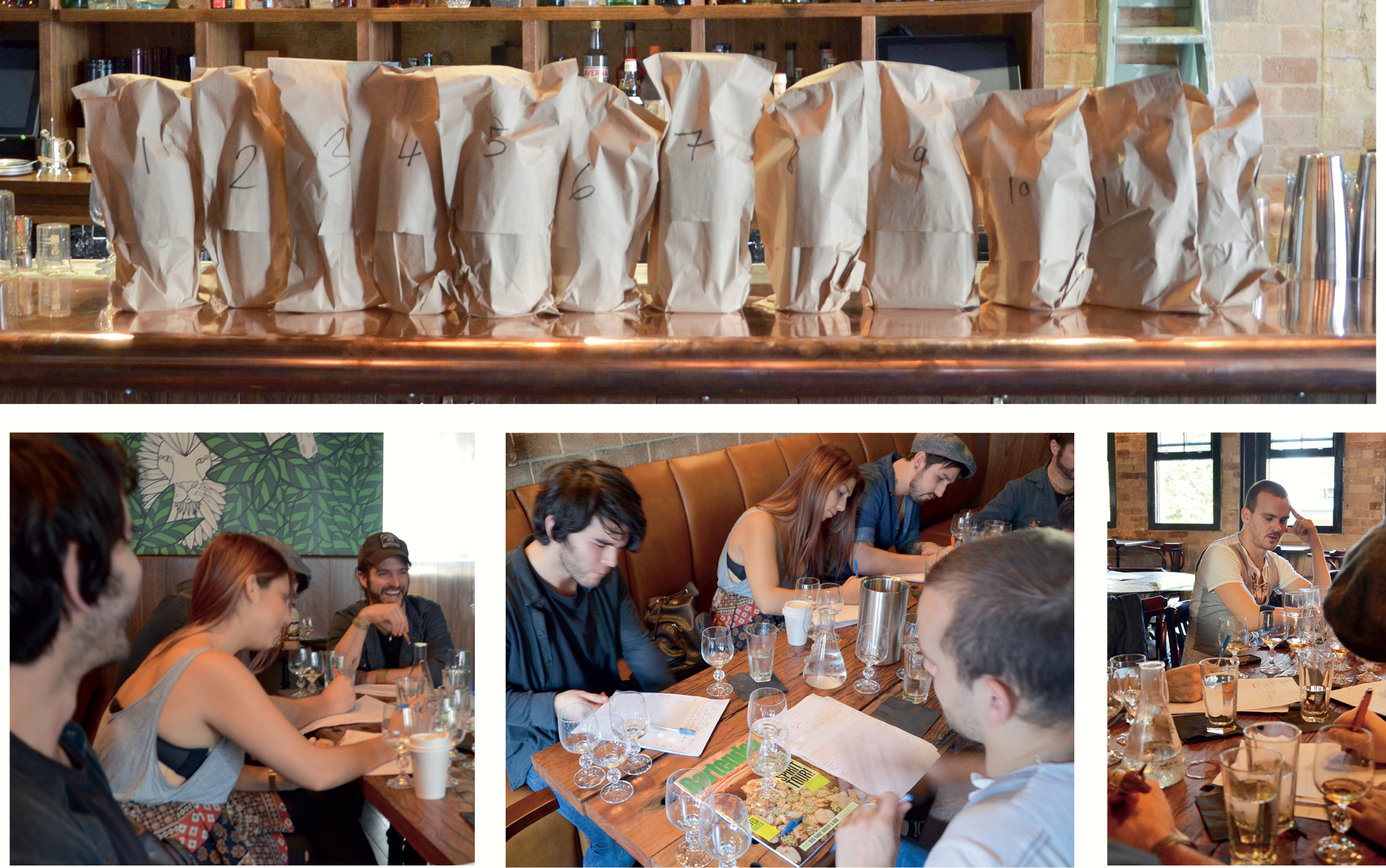 In Australia, however, for something to be called rum — whether it is a white or dark rum — it must be aged for a minimum of two years in oak barrels.As a result, all the rums in this tasting have had some contact with oak, with some showing more colour than others. The Havana Anejo 3 Anos, for instance, has a light golden tinge to it when held to the light. The range of styles was also apparent on the palate — some of the rums, like the Bacardi, come across as the crisp light style of white rum, whereas the Mt Gay Silver had fruitier aromas and flavours on the palate. The panel found the quality of the rums to be broadly similar, but the clear favourite of the tasting was the Angostura Reserva White Rum. They found that all the rums would have their uses in cocktails — thinking of using the Havana Anejo 3 Anos in an Old Cuban was a spot-on choice from Dean — rums like the Mt Gay Silver could just as easily be enjoyed as a neat drink.

Click on the image below for a larger view: 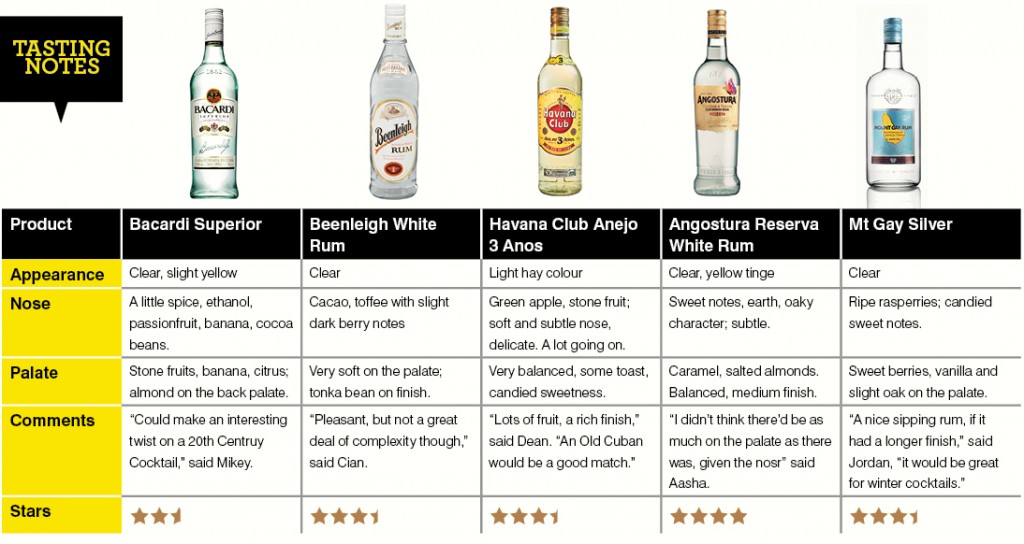 0
Australian Bartender June 7, 2013
No Comments Yet