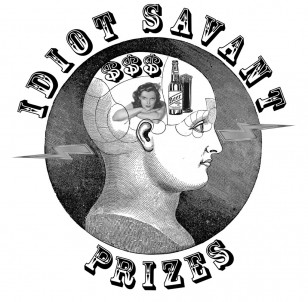 So there’s a few weeks until Bar Week is here — and that means there’s just a few weeks until The Idiot Savant Prizes. These awards are taking place during Bar Week and recognise the characters, jokers and raconteurs who don’t just make up the numbers but bring us the colour & music needed to fill our bustling drinking halls with life — so check out the finalists for each award below!

The event takes place from 7pm on Sunday the 22nd of September. To register your interest in attending email: idiot.savant.prizes@gmail.com. And you can check out more great Bar Week events at barweek.com.au.

Boring cocktail dribble, politics & religion or your feelings on tube socks with suits. If you don’t have jokes, stay in dispense!

Juices are fresh and full, fridges are stocked and beers are label out. The floor is clean and little fucker is looking over your shoulder to learn more while furiously polishing glasses or it’s for that lazy fuck whom is to slow to make drinks.

Worst grip of the English Language

Can’t spell, uses words out of context, generally makes no sense even when sober, somewhere in the world people can understand them but it’s not here.

The Jared Plummer Medal for most likeable Brand hag.

That person who even though they are trying to sell you something you don’t need, you’re still stoked to see them waltz though the door.

Better half of the Year.

Some idiot answered Summer for this question in the nominations.

It’s for the best girlfriend. People tolerate only you so they can be friends with her!

Curled moustache, tribal tattoo from wrist to neck, mullet and fringe combo? You know this would happen eventually right!

Merlin Jerebine for What Would Jerry Thomas Do

Chris Hysted for the holy trifecta

Alen Nikolovski for the knee tickler

The Shit Kicker award aka the Iron NUTS prize!

Takes the most shit on shift but still turns up the next day.

Either you constantly post shit that no one cares about or you are simply on there too fucking often. Go make some drinks, no one is paying you to post ‘shit brand ambassadors say’!

Call it sexist if you like but a great set of cans goes a long way when alcohol is involved. It should also be noted that we have a fella in there this year for some wonderful assets of his own.

This person walks into your bar and you collectively hear all of the staff go, fuck!

This person has made a sport of getting crazy and taking you all down with them!

Sometimes, some people get it right.

Put it in your mouth!

And every fucking Sailor Jerry event ever.

They fall over, hit on bar stools, offend anyone in ear shoot and generally need to be tied up to stop them from waking up with booze shame. We love them but hopefully no one will ever win this award 2 years in row.

The Life of the Party.

Hospitality flows in their veins and fun oozes from their pores. This is the person you want to be stuck on a desert island with.

And the big one

For the person who kicked ass all year. Someone who has spearheaded making our industry a better place for all and would not look out of place standing shoulder to shoulder with the great man whose name sake this trophy belongs to.

0
Australian Bartender September 5, 2013
No Comments Yet