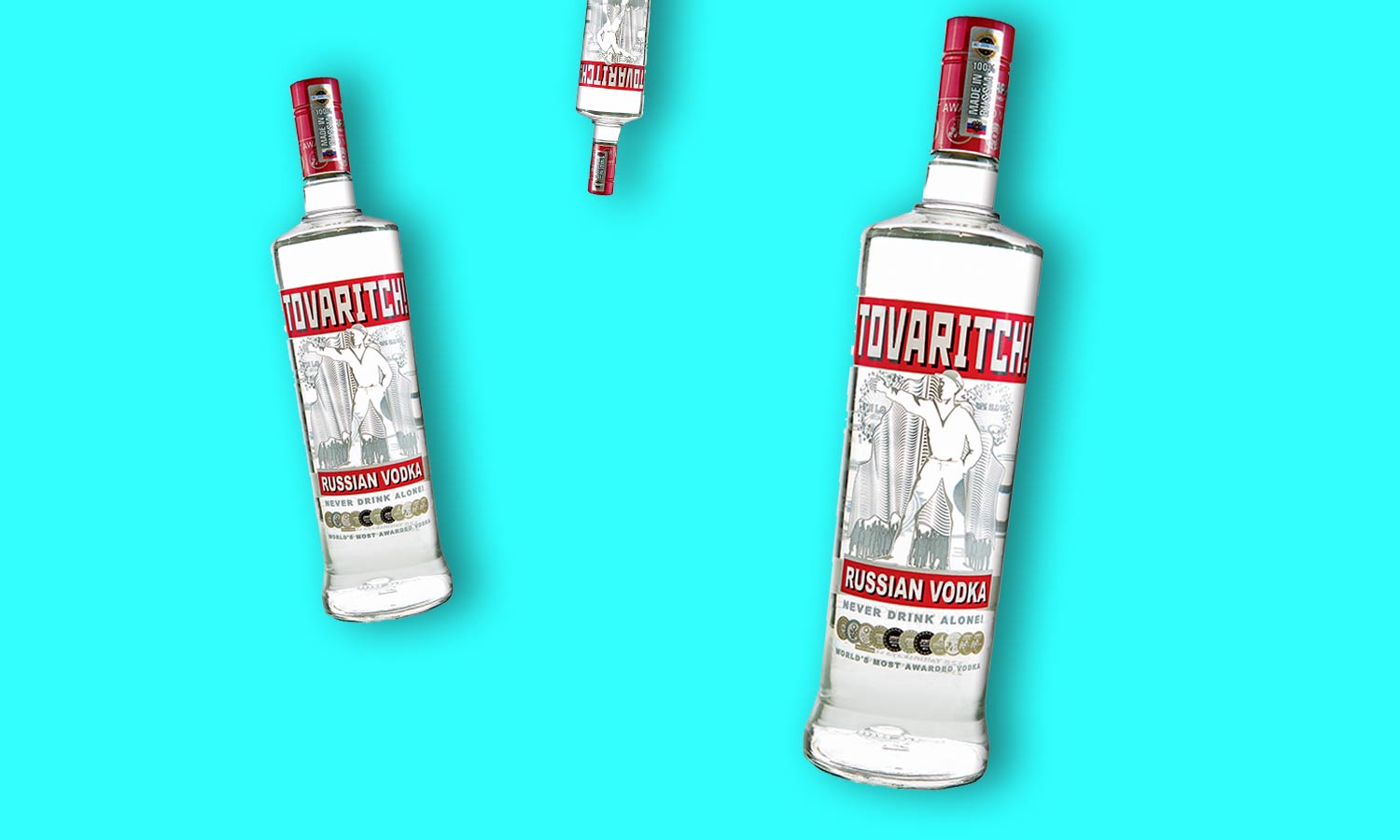 Kollaras & Co exclusive brand Tovaritch! Vodka has been awarded its 100th prestigious medal at the Beverage Testing Institute in Chicago, marking the brand’s continued success in blind-tasting competitions, and holding its position as the World’s most awarded Russian Vodka.

Tovaritch has also picked up five ‘Consistence in Excellence’ awards from The Spirits Business’ annual awards.

An authentic Russian vodka, Tovaritch! proudly boasts a smooth, clean taste thanks to its legendary recipe, being five times distilled and filtered 20 times, with online reviewers praising the brand with statements like “The smoothest, best tasting vodka I have ever tried!” and “BUY IT NOW!”

Kollaras & Co Managing Director, John Kollaras, commented: “The award is a fantastic acknowledgement of the brand’s superb quality and reinforces the high quality of product we expect in the Kollaras portfolio.”

Tovaritch! Vodka is gluten free and is certified organic. Widely lauded for its green philosophy and quality control standards, Tovaritch! Vodka’s ingredients consist of the highest quality locally sourced grain, with spring wheat and rye produced from the rich soil of the Volga region.

This pure philosophy extends through to the distillery, with water used in the vodka’s production drawn from pristine underground wells before undergoing reverse osmosis to remove foreign substances, while retaining essential minerals.

CEO of Tovaritch!, Eugene Litta Modignani says, “For any single vodka to reap 100 awards, it’s an impressive feat. There are other vodkas in the market that may have as many or more awards, but they are spread out over their many varieties. With Tovaritch it’s the one and only variety and it’s the winner.”

The medium-bodied dry vodka is available in 700ml and 1Litre bottles.

Kollaras gets into the cider market with brand new Stassen cider