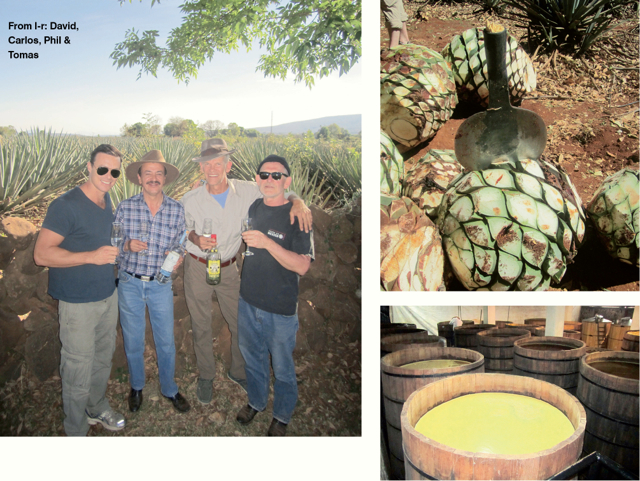 You don’t turn down an invitation to tour Mexico’s distileries with Tomas Estes and Phil Bayly. David Spanton got the rundown on some of the best distilleries in Tequila and in Oaxaca in our May issue; check out what he found at La Altena distillery below.

Located 7,000 feet above sea level in the highlands of Arandas, Jalisco, La Altena (lady from the highlands) distillery is a must visit on an agave tour. The distillery is owned by 3rd generation Tequilero and master distiller Mr. Carlos Camarena whose family have been distilling here since 1937. The brands they produce today include their locally very popular 100% agave tequila Tapatio along with the new breed of artisan brands Ocho (in partnership with Tomas Estes and Co), Excellia and recently helping to produce Julio Bermejo’s new L&J brand until he fully completes his new distillery. On our visit Tomas and Carlos hosted us and showcased the wonderful Ocho brand.