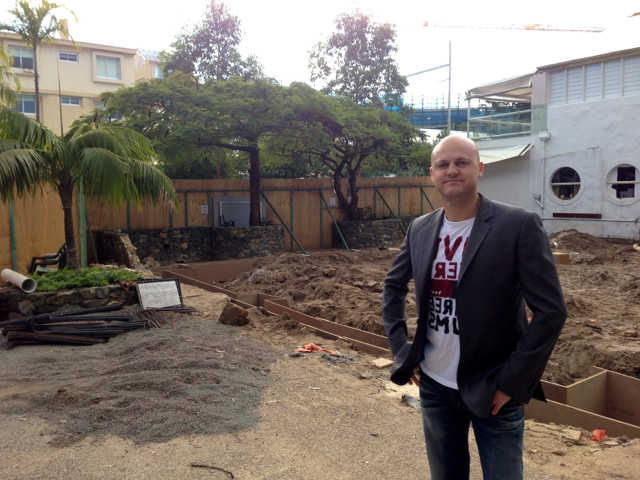 Ben Walsh has taken on a 510 square metre patch of dirt on Noosa’s main drag, Hastings Street. Miss Moneypenny’s is aiming to bring “something that is very different to what’s on offer in Noosa,” said Walsh.
It’s Walsh’s first project as a solo operator, and he is going to be very involved in the drinks side of things.
“It’s a holiday destination so I want to keep the drinks fun — modern takes on fun 80’s drinks, tropical cruise ship drinks done really well,” he said.
He wants people to be able to  feel like they can come in, “still in their thongs straight off the beach,” he said.
A head chef rom a two hat Sydney resto will also join the team at the 170-odd seater.
Walsh hopes to launch November 1.