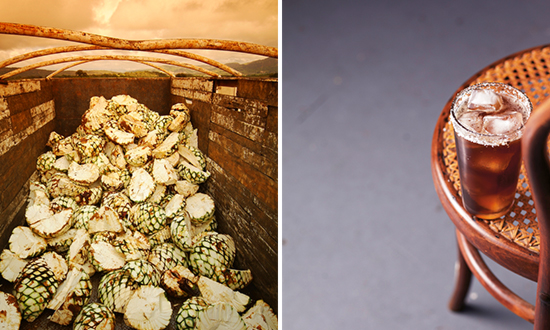 Tequila, mezcal, bacanora — the spirits all share two things in common: they’re all from Mexico, and they’re all agave based spirits.

Like grapes for wine, where an agave is grown will influence the kind of spirit it ends up as. Tequila from the lowlands valley (like Herradura and Tequila Fortaleza) is often a little spicier and earthier; those from Los Altos (like Olmeca Altos) tend to be more delicate and floral.

Mezcal is produced in a number of Mexican states, chief among them Oaxaca, but also in Durango, Guerrero, Oaxaca, San Luis Potosi, Zacatecas, Guanajuato and Tamaulipas. Espadin is the variety of agave most often used, but there are 30 different varieties allowed to be used under the mezcal denomination.

Little known Bacanora: In certain municipalities in Sonora, the agave Yaquiano (also known as the agave Pacifica) is used to create a mezcal by the name of Bacanora (after one of the principal towns of production). The agave grows in the mountains, and was granted denomination of origin status.

Fifth, the wash is distilled. Pot stills are used for mezcal and tequila but some distilleries use column stills.

What is tequila? It’s a distilled beverage made under the control of the Mexican CRT (Tequila Regulatory Council), made from at least 51 per cent blue agave plant sugars, and an ABV between 35 and 55 per cent.

100% Agave: This is tequila, but is different from above in that it is required to be made from 100 per cent blue agave sugars, with an ABV between 35 and 55 per cent.

Blanco: white unaged spirit bottled after distillation or aged for a maximum of eight weeks.

Reposado: “Rested” tequila — aged for a minimum of two months and less than one year in oak barrels.

Anejo: “Aged” tequila — aged for more than one year and less than three years in barrels no larger than 600 litres.

Extra Anejo: aged for more than three years (with no maximum age) in oak barrels no bigger than 600 litres.

What is Pechuga mezcal?

Some mezcals will have various fruits and nuts thrown in to the distillation, and in the case of pechuga, poultry breast – sometimes chicken, sometimes turkey – is suspended in the still, contributing a meaty flavour.

Forget the shot of tequila with lemon and salt. Go for a shot of tequila (or better yet, with a a little sangrita chaser) but try refreshing drinks like the Paloma and the Batanga.

Three top tequilas for your bar 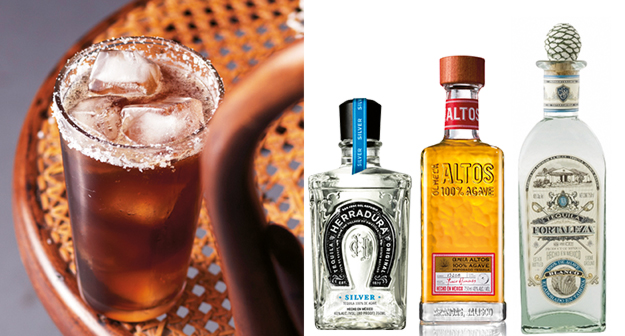 Aromas of agave with herbal, woody notes. Agave, wood and slightly citric flavour on the palate with a smooth, clean and warming finish.
Brown Forman

Aromas of sweet,, cooked agave and citrus, vanilla and oak. Honeyed citrus on the palate with hints of spice and vailla and a long finish.
Pernod Ricard

Notes of elderflower and earthy agave on the nose; white pepper, saltiness and a rounded, dry and complex palate.
Vanguard Luxury Brands

0
Australian Bartender February 11, 2014
No Comments Yet