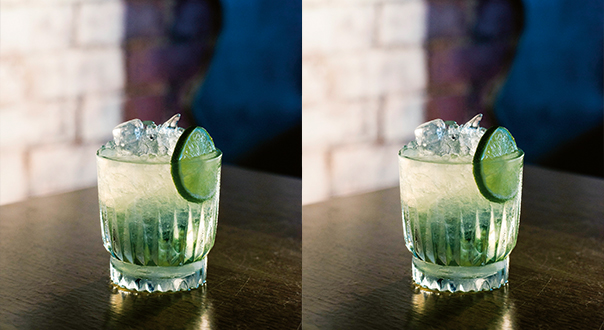 Muddle the lime, quartered, with sugar. Add cachaca and shake the heck of out of it with crushed ice.

Now, The World Cup. Singlehandedly the most prestigious football, sorry, soccer trophy in, well, the world I guess, is happening this summer. And what better place to host it than the social hub and a place of such economic gulf in wealth, poor health and cultural diversity than Brazil… The home of Joga Bonito, or to those of us who don’t speak Portuguese; The Beautiful Game, and the home of to one the worlds most popular classic cocktails: The Caipirinha – need I say more?

The way I see it is, Mexico gave us the Margarita, Cuba gave us the Mojito (amongst other things), America gave us the Long Island, France gave us the Sidecar and Russia gave us… vodka. And Brazil, well Brazil gave us the Caipirinha – pronounced ‘kai-per-een-yah’, made from the delectable Cachaca. Now if you ask me (which you probably wouldn’t), I would imagine that the Brazilian sugarcane plantation farmers were simply looking for a more palatable way to drink this remarkable liqueur Cachaca that they so professionally helped produce. Or, in other words/news, Cachaca – meaning ‘the little countryside’ – just ain’t that tasty all on it’s lonesome, although slightly aged Cachaca over frozen water (ice) can be a teasing treat. And I’m sorry if that disappoints anybody but I speak only the opinion of a man who has drank his fair share.

Like rum, Cachaca is made from sugar cane but because of the distillation process in which it retains a lot more impurities, it has a more pungent aroma and distinct tatse. It is not for the faint hearted. The ‘kai-purr-een-yuh’ however, could not be easier to throw together, go grab yourself a lime, Cachaca and some granulated sugar. Oh please, put that sugar syrup down, let’s get some traditional chewiness all up in there.

A few muddled lime wedges, a teaspoon of said sugar stirred with ice and the liqueur itself and you have yourself one of the simplest, yet most popular classic cocktails in all of the land. It’s quick and easy method is so typically indicative of Brazil and its way of life.

It’s hardly any surprise that this beautiful country chow down 200million litres of this seductive cocktail (that’s over a litre for every man, woman child and goat in Brazil) each year! But hey, if you are getting involved in the soccer spirit this summer, treat yourself to one or two, I’m sure Tim Cahill and co will indulge should the Roos be successful (long shot I know). Apparently though, it’s a sneakily strong drink and 3 or 4 may just have you wobbling all over the place. Then again, if this does happen to you, just pretend you’re practicing some seasonal salsa moves… 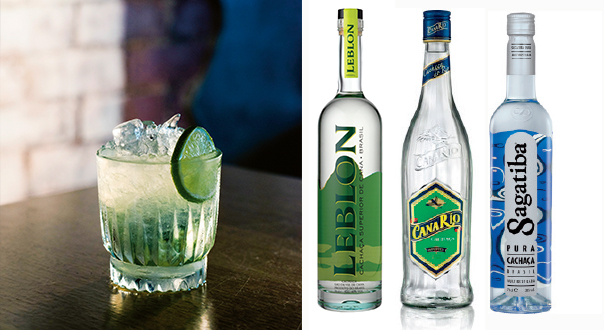 Cana Rio. These guys have been making cachaca since 1827. Cana Rio is twice distilled in copper pot stills, and they are committed to environmentally sustainable production. Suntory