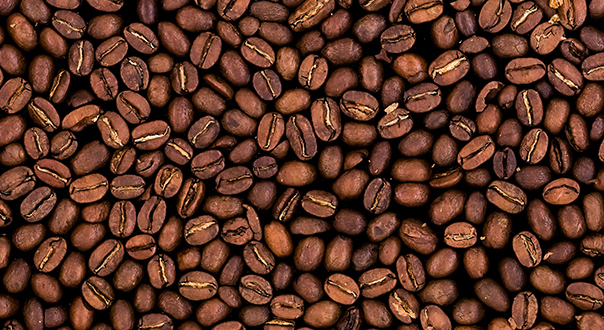 Coffee and alcohol — where would be without this equation? Uppers, downers — the wake-me-up ying to alcohol’s inebriating yang. And with a raft of new release coffee liqueurs, vodkas and bottled cold drip coffee products now hitting back bars around the country, we thought we’d dive into this caffeinated world and get a little bit geeky.

You’ll find that baristas — even though they can walk in daylight, moving amongst the office workers and others living the nine to five life — share a lot in common with bartenders.

“It’s like finding different spirits, you’re forever finding new coffees, from different farms and they’re all slightly different,” said Reuben Marden, who was recently named Sydney’s best barista (he also happens to be the guy we get our daily fix from). He’s the owner of Sample Coffee in Sydney’s Surry Hills, and has been in the coffee game for some 15 years.

His story is like that of many bartenders who have gone on to open their own bar: he worked at Single Origin and then Mecca, where he made the choice between going to university and doubling down on the coffee world. “I thought, I really kind of enjoy this — I’m just going to go for it,” he said.

Cold drip coffee makes an appearance in both Mr Black’s Cold Drip Coffee Liqueur, and brands like Little Drippa who provide a ready to go bottled (and alcohol free) version of the coffee. But you might be wondering what cold drip coffee is, anyway. Well, it came to prominence through what’s been dubbed as coffee’s third wave.

The third wave came after espresso coffee became the norm in cafes around the country — and the world.

“Third wave was really the specialty movement where it was more the baristas were pushing it,” said Marden. “The coffee quality was a lot higher, and people were learning more techniques to make it better. More research had been done, and there were new espresso machines that were full of technology, with temperature stability. I’d say we’re still in the third wave.”

It’s a trend akin to the craft spirits explosion in bartending. They got pretty geeky there, but Marden feels that the customer is coming back into focus — much like it is in bars around Australia.

“We tried to complicate it as much as possible,” he said, “and now it’s about simplifying it and trying to figure out the customers. Maybe the fourth wave will be about service. Simple, well-made beverages — fast.”

And like the cocktail revival brought with it a fetish for the fanciest golden-era equipment, so too did coffee geeks get the bug for coffee gear.

“I guess the third wave was filter coffee, pourovers, suphons, and things like that,” said Mardan. “Everyone wanted to have the coolest gear.

“Now it’s like: customers want their coffee fast. Some are willing to pay more for coffee in the right situations, and some don’t want that.” What’s important, he said, is working out what the customer wants, giving it to them, and leaving the geeky lecturing aside.

That’s not to say these different styles of coffee have disappeared. In fact, Mardan said he was seeing more of an uptake of black coffee.

“Espresso is still the most popular, and I‘d say it always will be in Australia,” he said. “We’ve definitely seen a shift in the last five years to more black coffee. The ratios of how much milk you use to how much coffee you use a day is definitely changing — which is pretty promising.”

Pourover: Pourover coffee is a method in which a slow, thin stream of water is poured over ground coffee inside a filter in a cone. When brewed right — and it can take a few minutes per cup — the resulting coffee has a bright flavour, better aromatics and brings out the sweeter characters of the coffee.

“My preferred is pourover,” said Mardan. A well made pourover is really good, but often I’m too lazy to make it on the weekend, and I just make aeropress.

Aeropress: “Aeropress is really good,” said Mardan, “maybe not quite the same flavour as filter — it’s a little less in body and viscosity. It’s still a really clean and beautiful cup. It depends on how you roast the coffee, too.”

It takes about 15 grams of coffee to 200ml of water, using a filter grind. The ground is immersed in the hot water in the tube of the Aeropress, for around a minute and half (although recipes differ). The tube is then upturned at the air pushed through it to push the coffee through the filter paper.

Batch brew: This is effectively filter coffee — but not that turgid stuff you get on the plane. Filter coffee is huge in the US, and this third wave brought lighter roasts and fruitier tasting coffees, ideal for something like the filter.

“Here we do batch brew, but we started with pourover,” said Mardan. “Batch brew is basically a controlled machine. We use a filter brewer, it’s got a cone shaped filter in it, they tend to be a lot larger — we can do up to 3.8L in that.”

“Batch brew, finely-tuned and working how you want it — it tastes really good.”

Cold drip coffee is not cold brew coffee: “Cold drip is through a Japanese style device that drips water through the coffee at a slow rate — a drip a second or something — and you can brew it for three to up to 24 hours,” said Mardan.

“There’s cold brew, which is full immersion in a bucket that has two filters in it, a cloth filter and a paper filter. And you brew it for however long you want — we brew ours for eight hours.

“It’s full immersion, so all that coffee sits below the water so it’s totally soaking, and not just having a drip passing through it. The cold brew seems to have a longer shelf life.

“It is a little more complex, a little softer, and with truer flavours to the coffee.

“Cold drip might have a slightly boozy flavour to it — I don’t know why, but it’s to do with the extraction.”

It’s just one factor of many variables, but the way you roast your beans contributes a large amount to the final cup’s taste. “Our house espresso blend is the darkest roast we do,” said Mardan. “Our single origin will be a little lighter than that, where we try to take a little of the acidity off, as compared to our filter roasts. Once you start to dlute into a large cup of watered coffee, the acid becomes quite soft.

“The idea is you want to get the chemical reactions to get the natural fruit sweetness out of it,” said Mardan of the roasting process, “and then as it gets darker it starts to caramelise.

“We try to stay away from the caramelised sweetness because it can be quite generic — caramels and chocolates — and everyone’s coffee starts to taste the same. There’s no point buying amazing single origin coffee if you’re going to roast it so it tastes like every other coffee,” he said.