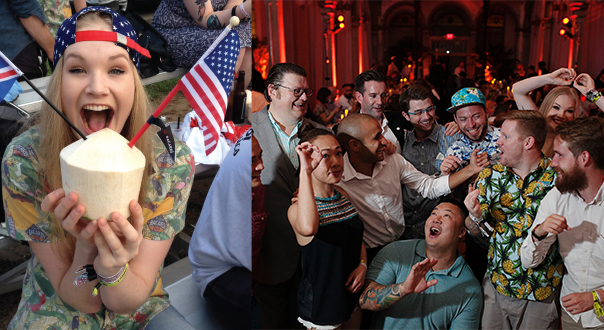 Story by Alissa Gabriel
Alissa is the reigning Australian Bacardi Legacy champion. She went to Tales as part of her prize.

Tales of the Cocktail is somewhat like a long distance relay race. It requires stamina, determination and a team cheering you to the finish line – or in this case, The Alibi until 5am. The key to winning at Tales is to take it in your stride, because at the end of the day you only get out what you put in. Taking all the advice I was given by TOTC veterans, I leapt in head first ready to immerse myself in cocktail culture and take as much experience as I could out of my first international trip.

After three days on the most intensive bar crawl of NYC and seeing some of the finest bars the US has to offer, I arrived in New Orleans in an already exhausted state. I dropped my bags at the hotel – located right on Bourbon Street – and headed straight out for drinks with the Bacardi Legacy crew, who have become like family to me after the Bacardi Global Finals in Sydney earlier this year.

Two days of cramming in six seminars, three parties and a tasting room or two, I was running purely on Berocca and the remnants of the previous night’s fried delicacies. I decided then and there that if I didn’t slow down and take it all in, I would miss the whole experience. I was then able to take the time to appreciate the beauty and culture that is New Orleans. Falling asleep each night to the gentle hum of Bourbon Street’s jazz was a satisfying reminder that I had fulfilled the goal I set myself one year ago: to be at Tales of the Cocktail.

The Bacardi Family dinner was a memory I will never forget. Eight Global Legacy contestants, along with myself, were reunited in New Orleans and formally welcomed into the Gran Familia. We dined in a beautiful old church, and following several shots of OCHO, headed back to Bourbon Street to continue the festivities. 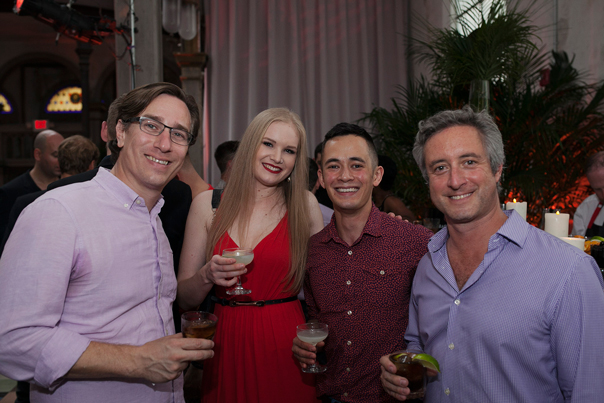 The highlight for me unfolded in the most unlikely of places: a classroom. At the Nomadic Barkeep – Travel, Learn, Repeat!!! Seminar hosted by Nick Van Tiel, Ali Dedianko, Jim Meehan, Jacob Briars, Zdenek Kastanek and George Nemec, they recounted their experiences of working in different fields in this industry and how to improve on your everyday outlook on career and life.

My other favourite seminar was Dave Wondrich and Jeff Berry’s ‘Drinking WWII’, a hilarious two hours of historical banter and five cocktails.

The Bacardi Softball Classics saw the US & UK team go head to head for the trophy – U.S triumphed. Sipping on rum-filled fresh coconuts, miniature Daiquiris and Hatuey beer kept everyone in good spirits as the teams paraded around in their sporting attire. Then we were off again to the Bacardi Portfolio party, a giant warehouse with pop-up bars decked out in different themes and styles, with a parking lot of food trucks and music blaring outside.

I finished the week off with a bang at the Spirited Awards. Aussies rallied around the Black Pearl team to support them in their nominations, and when the Best International High Volume Bar was announced, the boys were bombarded with hugs and celebrations. It was truly an honour to see so many Australians thriving on a global level.

After the most exciting and exhausting week of my life, I was sitting at the airport with yet more Aussies and watched as slowly, the world’s dark-under-eye-circled night walkers managed to find themselves in yet another bar, farewelling new friends before dispersing to our different corners of the world.

These new friendships I made at TOTC are ones I will truly cherish. Sharing such an eye-opening experience with a bunch
of strangers that have more in common than most, is the greatest bonding you could ever imagine. I only hope that my travels in the future take me around the world so I can reunite with these amazingly talented bartenders from all walks
of life.