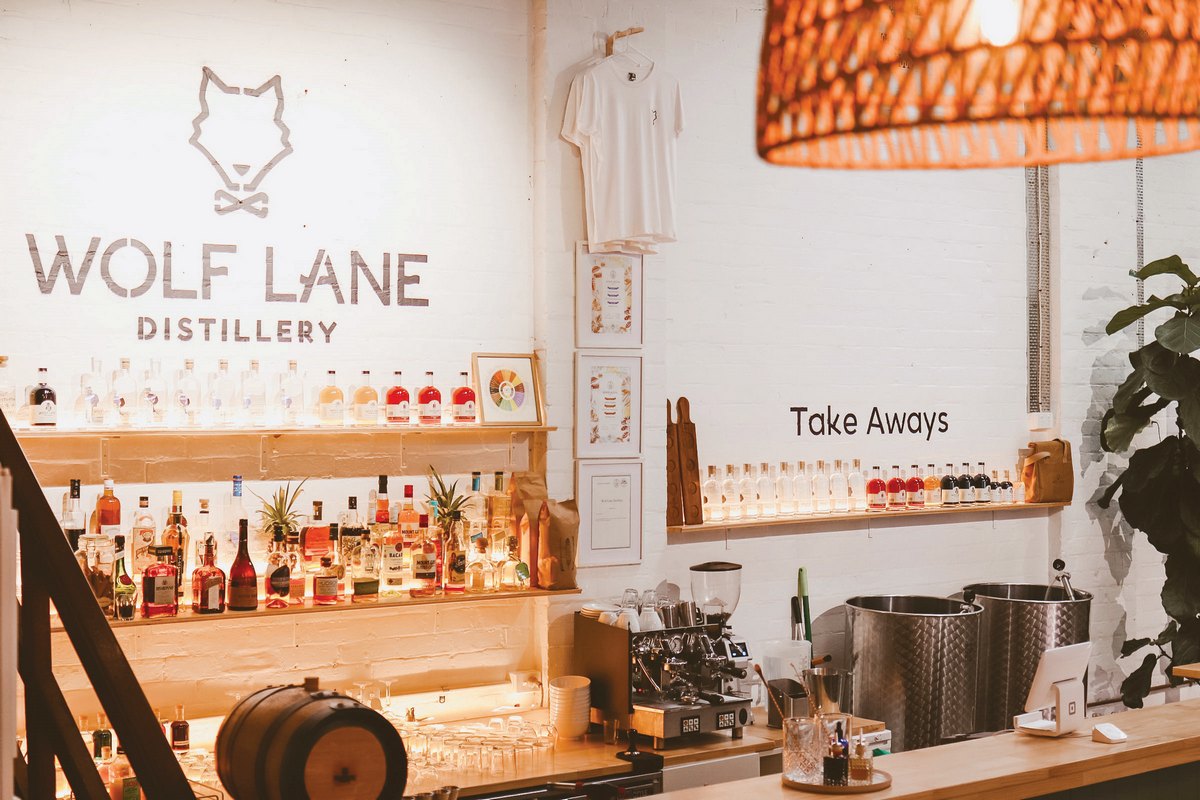 Australian craft spirits are something to be celebrated. Not a decade ago, it was slim pickings – even boundary-pushing bars were restricted in their choices, not to mention the local bottle-o. Now, thanks to relaxed production laws and a shift in the Australian people’s attitude towards supporting local, we now have one of the largest and most diverse arrays of spirits in the world.

Wolf Lane Distillery in Cairns is a recent addition to this ever-growing list of producers, helping redefine Aussie spirits. Wolf Lane Distillery is the sister venue to Three Wolves, Cairns’ first whisky and cocktail bar, run by three mates (Darren, Sam, and Grant). In 2016, after deciding a sea change was in order, the three packed their bags and moved from Sydney to Cairns, forming The Hospo Group. Their goal was to expand the drinking options available to the locals, and after seeing the response to Three Wolves, opened a rum and tiki bar, Flamingos Tiki Bar, around the corner.

‘When a space became available right next door to Three Wolves, it became the perfect place to launch Wolf Lane,’ says Sam Kennis, director of the distillery. ‘Within all our bars, we have had a strong focus on gin and have always loved playing around with flavour combinations and styles of gin.’ And with that, Wolf Lane Distillery was born.

Housed in an old horse stable built in 1905, the space is large enough to house all their equipment while also being able to incorporate a working bar. The distillery has a range of local spirits and a cocktail list that comprises of mostly gin based cocktails (made with Wolf Lane Distilleries gin of course). They also run daily tours and tastings and the occasional gin dinner and masterclass.

Their ethos is to support local farmers and growers that opt for sustainable and organic farming, and this is reflected in their products. ‘[Supporting local] allows us to create spirits that are truly unique and pay homage to tropical far north Queensland. We live in a tropical paradise, so we wanted to create a range of gins that reflect where we live and use some of the amazing tropical fruits and botanicals that are here right here at our front door.’

Wolf Lane’s unique spirit range includes a davidson plum gin (as a native and locally grown alternative to sloe gin), a coffee liqueur that uses an extract made from 100% Australian single origin coffee from local roaster and grower Jaques Coffee Plantation in the tablelands, and their signature tropical gin, that vapour infuses fresh tropical fruits including ruby grapefruits, mango and finger lime – all of which are sourced within an hour’s drive of the distillery. They’ve also developed a variety of bottled cocktails, that are made in house, including a Davidson Plum Negroni and Smoked Old Fashioned.

What does the future hold for Wolf Lane Distillery and the team? ‘Make your own gin classes are in the works,’ says Sam, ‘Along with another bar currently in council approval stage’. With international travel off the cards for the foreseeable future, Wolf Lane is just another reason to explore the vast beauty that is far north Queensland.