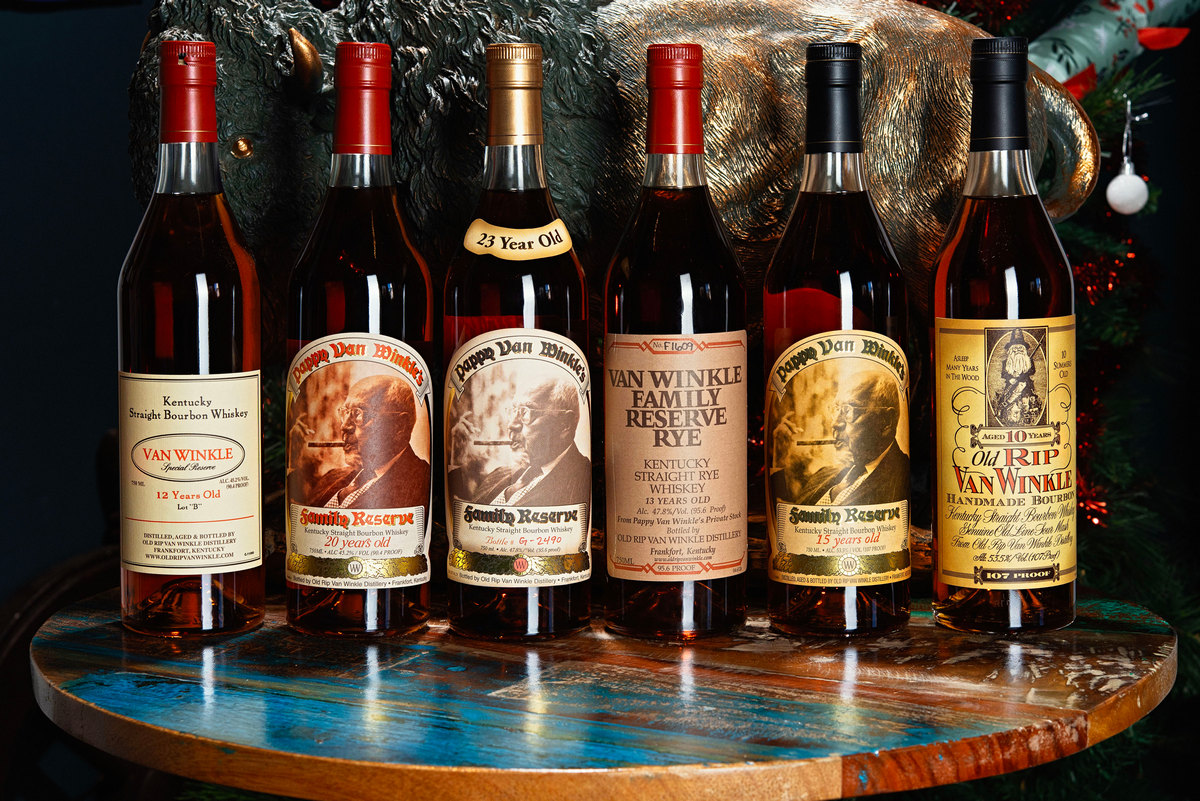 “At a profit if we can, at a loss if we must, but always fine bourbon.” And now rye too…

It’s the good news story that we all need right now. After more than six years hiatus, Van Winkle Family Reserve Rye 13 year old is back baby! Australians have only ever dreamed about this liquid; few have got to experience its taste. Rare as rocking horse shit does not even begin to cut it. But that is soon to change, with stocks hitting the seas for Australia. We will have it in your hands for mid-Feb early March.

So, what is all the fuss about? Why are these whiskies so sought after? And why should I drink Weller 12 Year Old when I cannot find any Pappy?

Well, Old Rip Van Winkle and Pappy Van Winkle whiskies are still made in tiny quantities. Demand for these whiskies is nothing like it was 10, 12, 15 20 or 23 years ago when it was put into barrel. As such, quantities have not caught up with demand.

Just 7,000 cases are produced for the world annually. That is just 2ml per person if Australia got the entire allocation! The task of allocating this rare whiskey to the world is no easy feat.

Evidently, such is the angel’s share, for every three gallons of Pappy 23 Year Old bottled, 53 Gallons must be made. The gallons made versus gallons lost ratio is something that many producers would struggle to accept. Not to mention the patience of waiting 23 years just to bottle this. But we think these whiskies are worth that wait. 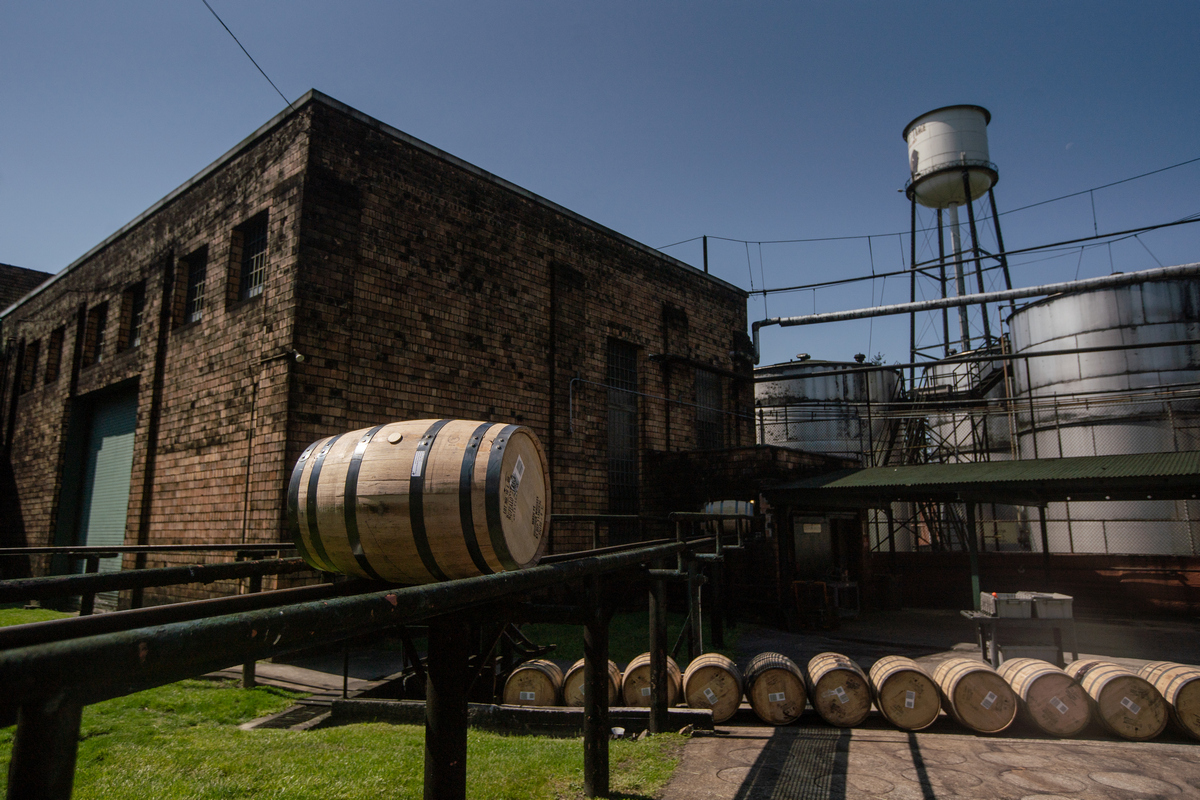 History of Pappy Van Winkle
The story of how Pappy Van Winkle came to be begins in 1893. A young Julian P. “Pappy” Van Winkle, Sr was working as a travelling salesman for W L Weller and Sons, selling liquor.

After a few different ventures in the liquor industry, at the ripe age of 61, Pappy and his friend Mr A PH Stitzel, opened the Stitzel-Weller Distillery where they made W L Weller, Old Fitzgerald, Rebel Yell and Cabin Still.

Pappy had a strong influence in the running of the distillery and day-to-day operations right up until he passed away aged 91. His son Julian Jr. then took over the operations and running of the business. During this period, selling bourbon was a tough challenge. Vodka was becoming more popular across the US and demand for bourbon continued to decline. By 1972, Julian was forced by his stockholders to sell the distillery and rights to all the brands produced there to Norton Simon.

After selling the distillery, Julian managed to retain one brand, however. An old label, Old Rip Van Winkle, used by the company pre-Prohibition and not retained after, was brought back to life. He revived this brand, using old stocks from the Stitzel-Weller Distillery (later sourcing from other distilleries also) to produce his whiskey.

Fast forward a decade and Julian Jr.’s son, Julian III, took over in 1981 when Julian Jr. passed away. By now you might be sensing a theme with the name…

During the 1970s and 80s, no one really gave much of a care for bourbon. It often sat gathering dust on store shelves and was rarely poured in bars. This was before the likes of Blanton’s Single Barrel and many other distilleries producing more premium bourbons surged the entire bourbon category back into the hearts of the public. During this period, Pappy, among many others, was bottling his whiskey in novelty ceramic bottles and figurines such as coal miners and dogs just to help them sell.

It was not until 1996 when a Chicago based rep decided to enter the Pappy Van Winkle 20 year old at the Beverage Testing Institute that it surged in popularity after scoring 99 points!

These days the family are now in their fourth generation, with son Preston joining the business in 2001 and looking to keep it in the family for many generations to come.
A partnership in 2002 with Buffalo Trace was made, and since then, all the whiskey production for the Van Winkle’s takes place at Buffalo Trace Distillery under the strict eye of the Van Winkles.

This partnership makes good sense too, as the team at Buffalo Trace, the ‘World’s Most Awarded Distillery’, also make Weller Bourbon, where it all started for the Pappy family. The 12 Year Old Weller, also a wheated bourbon, is often referred to as Baby Pappy, with its younger sibling, Weller Special Reserve, landing on Australia shores earlier this year also.

Regardless of where the whiskey is made, or which family generation is in charge, the family motto remains the same as when Pappy first started the business. “At a profit if we can, at a loss if we must, but always fine bourbon.”

Turning Heads in the On Premise
Whilst many bars proudly covet the Pappy range that sits on their back bar, selling and promoting these whiskies can go beyond being mixed into an Old Fashioned. Some bars have taken a slightly different approach.

One bar in Lexington decided to run a Pappy Thanksgiving, selling their entire range at cost, allowing more people access to these rare whiskies and have an opportunity to taste. What started as an idea after a few drinks has now become an annual tradition at the bar.

Meanwhile in Louisville, one bar owner decided to take things one step further.
Going ‘full frat party’, the team at Meta Bar decided to make up a batch of Pappy 15 Year Old Old Fashioneds, and added some gelatin to make what must have been the fanciest of all Jell-o shots!

A ring of potentially eight different people were involved in the great heist, which included stolen barrels of Wild Turkey and Eagle Rare, cases of Pappy 20 and a lot of steroids also being sold on the side. The group were eventually found and charged in 2015, with five of the eight pleading guilty.

These guys were not the smartest tools in the shed, with barrels found in one suspect’s garden under a tarp, and countless incriminating text messages sent between the group.

For more information about these brands, get in touch with your SouthTrade rep.