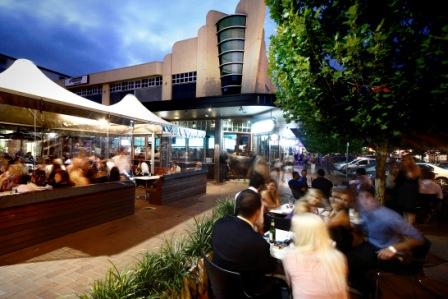 Sub-Urban opened last December to a packed beer garden and sunny skies in the large art-deco inspired corner building that was previously a Belluci’s Restaurant. A perfect fit for the fashionable suburb of Dickson in Canberra, Sub-Urban is the best of an Aussie pub, the sophistication of a wine bar and the functionality of iconic Italian Restaurant ‘Belluci’s’ inside. The team of owners who operate under the banner of Belluci’s Hospitality Group – Socrates Kochinos, Pawl Cubbin, Anton Shaw, Bela Kover and new partner Frank Condi – are all seasoned hospitality folk whose credits include Academy Nightclub, Edgars Inn, two Belluci restaurants and verve among others. Andrew Parr from SJB brought the Art Deco theme to life with black and white checkerboard flooring, stainless steel trimmings, vintage detailed cornices and aqua light panels. The bar – headed up by manager Simon Hammond and his sidekick Daniel O’Brien – offers a comprehensive list of cocktails, 24 beers on tap plus an additional bottled selection, over 50 wines and a broad selection of spirits. 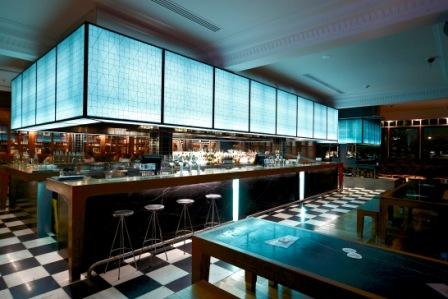 0
Australian Bartender June 9, 2009
No Comments Yet

Behind the Bar… Happy Snaps from April ’09