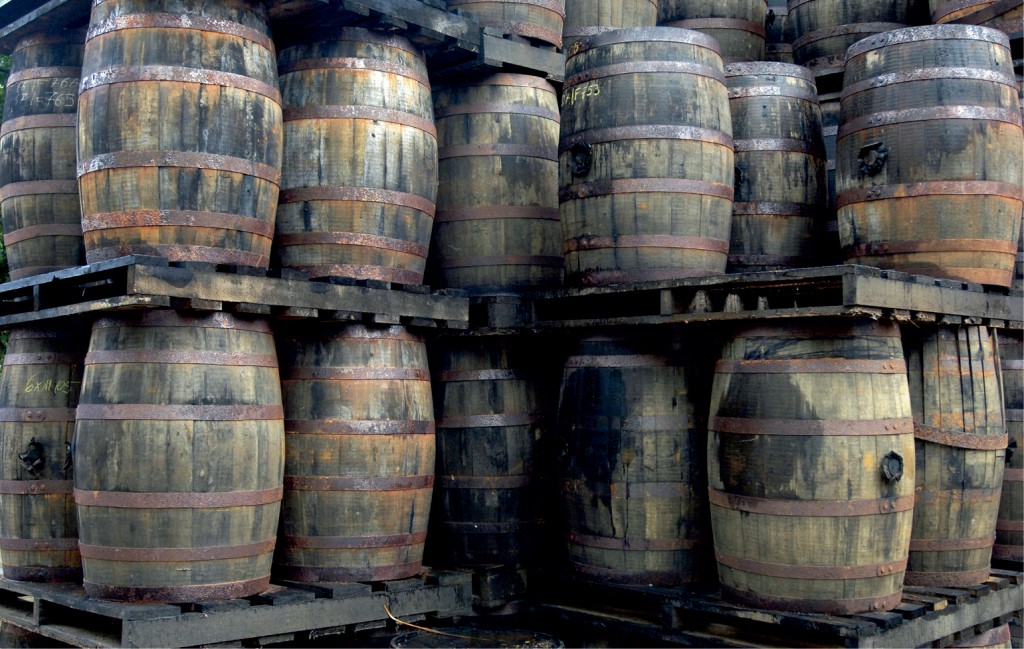 The world of rum is a diverse one. And, thanks to there being no unifying authority, the types of products that are called rum vary widely in their flavour profiles. There are, loosely speaking, a few different styles of rum that drinkers can identify. They’re based on old geographical and cultural roots and it is remarkable how these styles have come down the ages.

One final word of caution, however. Given that rum is made all over the world, the geographical indications aren’t always helpful — there’s no reason a Cuban style rum can’t be made in Australia, Austria or Azerbaijan. What they are good for is giving clues as to where the rum may be from or its maker.

The Cuban style of rum is associated with one of the world’s largest selling spirits: the now Puerto Rican-based Bacardi. The style is understood to be a lighter, crisp style of rum informed in part by the use of column distillation. Cuba’s Havana Club is one rum associated with the style. This is not to say that all Cuban rums are made in the Cuban style; Havana Club’s aged expressions, such as the rich Havana Club Selección de Maestros are designed to more full flavoured rums with deep aromatic characters.

Truth be told, Agricole rhums come in many forms and guises but perhaps the chief identifier of these rums are the grassy, vegetal notes that are present. This is down to the fact that rhum agricole is made from sugar cane juice, rather than molasses (the byproduct of the sugar making process). Distilled in a single-column still to between 65% and 70% ABV so that the flavoursome congeners and esters remain. 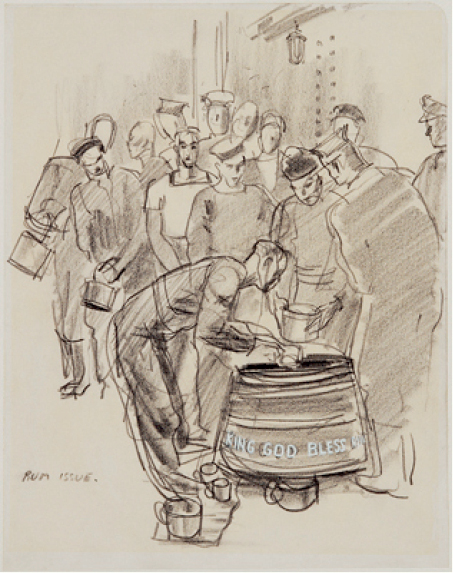 The image of rum is closely connected with the romance of seafaring in and around the Caribbean, and perhaps no more closely than in the idea of Her Maj’s navy sailor. They used to get their tot of rum each day until 1970, and the Royal Navy was one of the biggest consumers of navy rum. The rums were rich, powerful rums with a lot of pot still character and a blend of rums from Guyana, Jamaica, Trinidad and Barbados. That seafaring connection can still be seen today with Mount Gay from Barbados being particularly popular with sailing types. And of course, there was the strength: bottled at 50% abv and above, so that should some rum spill over gunpowder the powder would still light.

There are a range of spiced rums out in the market; some are flavoured with actual spices whereas others are flavoured with essences. Most are pretty tasty with a mixer and often an easy gateway rum (thanks to the inclusion of the people’s favourite spice, vanilla)  for people going from lighter rums into heavier, more flavoursome rums.

Though there are commercially available flavoured rums, in many Caribbean countries rum is flavoured with fruits and sold in street stalls.

Jamaican rum is possibly one of the boldest styles of rum and, according to Dave Broom, was traditionally held in the highest regard along with Barbados rum. The hallmark of the Jamaican style is a big, aromatic rum with an ester count up of up to 500 (rhum agricole, for instance, has around 350 esters). This means that the rums show fruity characters thanks to the esters. The style is derived in part from the slow fermentation and the use of dunder in the distillation. Dunder is the spent lees from previous fermentations that has been collected and allowed to mature outside in open air dunder vats, which are rich in esters.

Of course, wherever sugar production goes so too does rum and Australia is no exception. Though there is no one style considered to be Australian rum, Bundaberg’s rich and aromaticly distinctive character might be said to be the best known overseas. 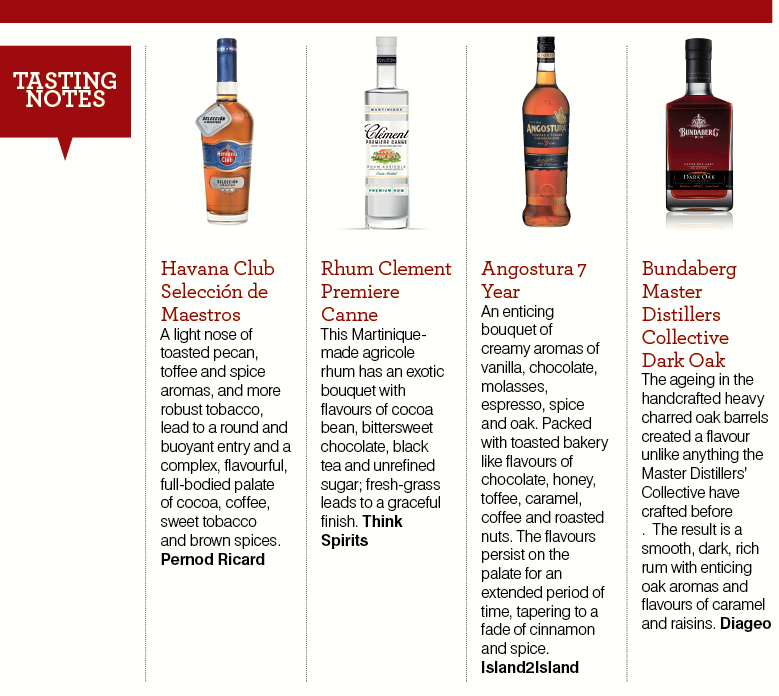