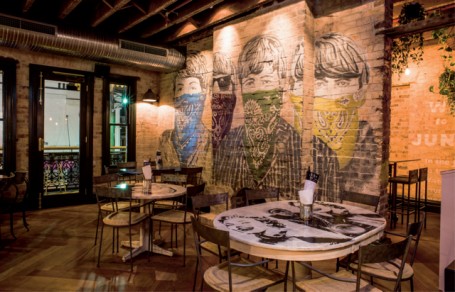 When the Newtown Hotel swung its doors open, after a major nine month renovation by new owners the Keystone Group, Newtown was just hitting its stride again as an entertaining, delicious destination. “The Newtown area is brimming with creativity and it is under going a really huge period of growth at the moment,” said group director, Paul Schulte. “It is one of the only areas in Sydney that has a long standing bohemian history and it is extremely rich in cultural diversity.”

The renovation of the hotel included the restoration of a large 80 square metre balcony that used to line the building, but was taken down over 100 years ago. The hotel has a long history, opening for the first time 130 years ago as a place called The Club. It was known for some 70 years of its life as The Rugby Club, before being christened the Newtown Hotel in 1967.

The refit has seen the bar fitted out with big chesterfield couches, large double doors leading to a large central bar and booth seating. It’s walls are decorated with music posters and a large Michael Jackson hand (we believe it’s a replica) adorning the walls.

It’s not easy setting up in a tight-knit community like Newtown, however, and the team has had to face some challenges along the way.

“There was a lot of hype about us bringing the pub back to its former glory and we certainly felt the pressure,” said Schulte.

“The Newtown locals know what they like and we fully respected this and created something that they can be proud of,” Schulte said. But from the start, this community emphasis was important.

“We truly believe that what makes us different is that we tailor our venues toward the local community,” he said. “For example, The Newtown Hotel makes reference to Newtown’s musical and colourful history with music paraphernalia and colourful murals and we’ve engaged a local community manager,” Schulte said. 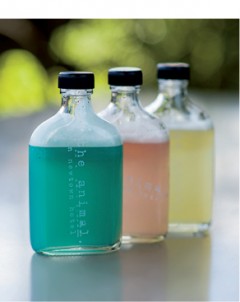 Shake all ingredients and fine strain into a glass hip flask.

“The cocktails are inspired by rock ‘n’ roll party animals, Moon the Loon, The Beatles etc,” said Williams, “and also Newtown itself. The most popular cocktail is named for some of the area’s old punk rockers Frenzal Rhomb and their song Mr Charisma (Ketel One Citroen, kumquat marmalade, pomegranate, lemon).” But getting the staff on board with some of the more unfamiliar spirits they offer (to complement the Animal’s emphasis on mediterranean flavours) took a little work —but they got there in the end.

“After a bit of palate training and research we have got the staff behind the Greek spirits,” said Williams. “Tsipouro is like the Greek version of grappa or marc, a pomace brandy. It is very aromatic, slightly sweet but with a spirituous kick. Metaxa is a unique product too which surprises in a classic cocktail. We have bumped up the selection of dark spirits too with some extra whiskey and tequila. The Animal is about eating drinking and partying, so a round of shots at the end of a hearty meal is key.” 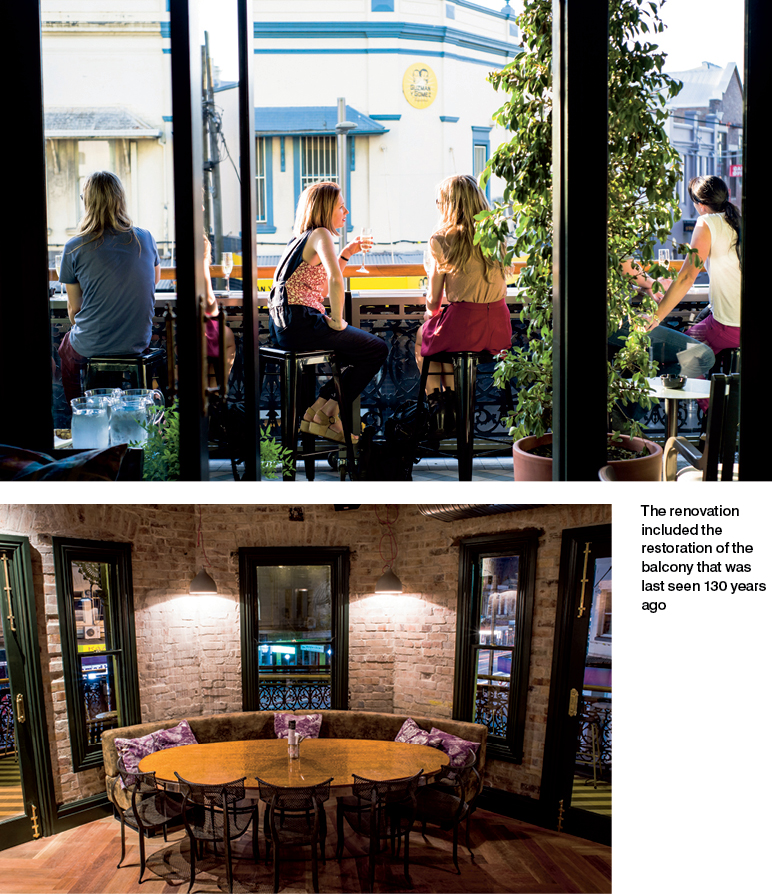 “The prioduce we are using is all local,” said exec chef, George Diamond. “Our lamb is biodynamic, which is better than organic; our honey is harvested from our beehive, our olives from Crookwell,” he said. It’s cooking from the heart, inspired by his dad’s cooking when he was young — using only the best ingredients. “We are striving to support the small farmers producing amazing products that taste better,” he said.