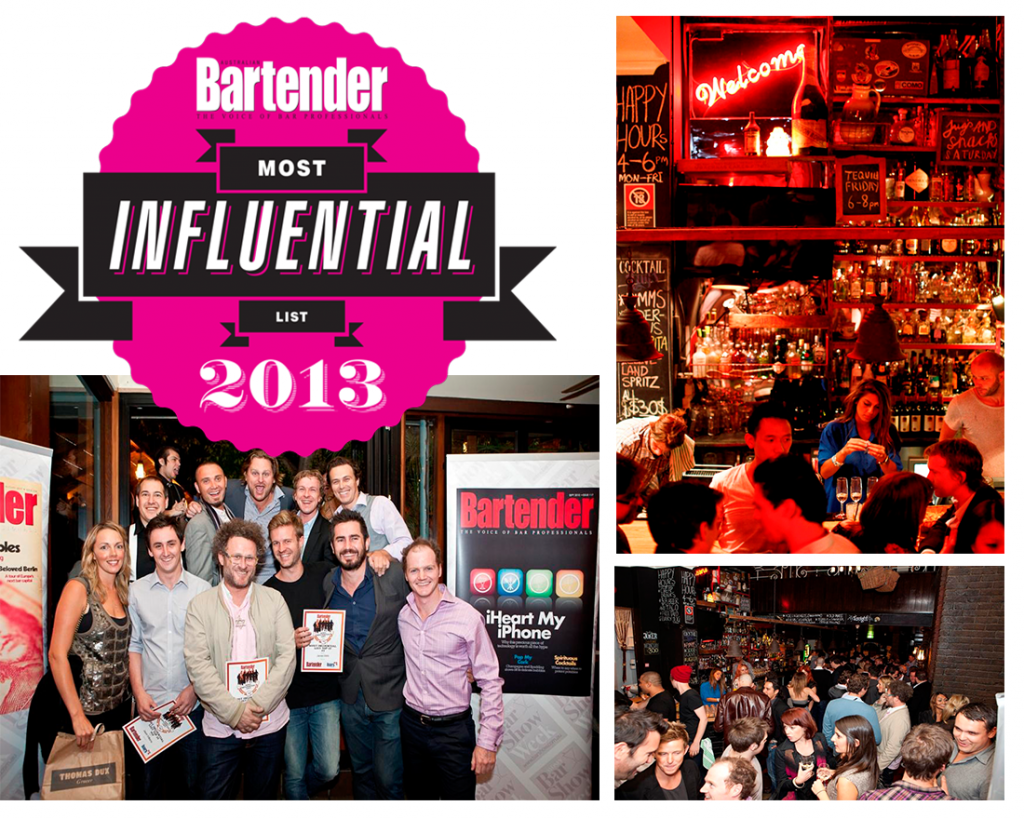 Here it is people, it’s time for Round 2 of the Australian Bartender Most Influential List — here comes the Top 50!

Round 3: The Top 10 will be announced during Sydney Bar Week at the Most Influential List party at Sweetheart’s Rooftop, September 23 2013

All of our Top 100 are invited to attend but RSVPs are a must. It promises to be one of the great parties during Sydney Bar Week, so to RSVP email at afrost@tksg.com.au.

To attend the Most Influential List party make sure you RSVP by emailing afrost@tksg.com.au.