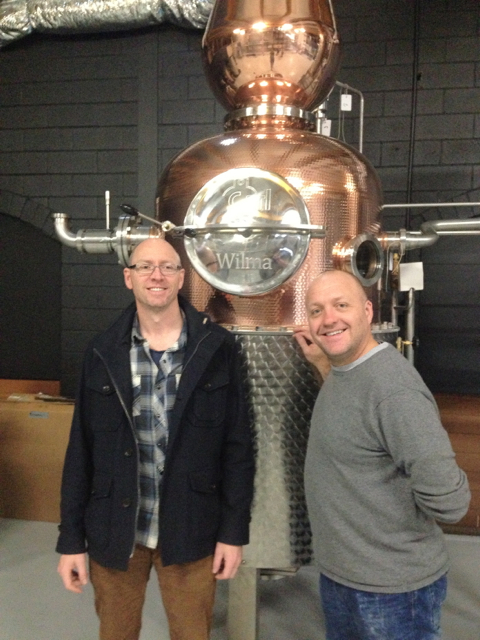 Cam Mackenzie and Stu Gregor with their still, Wilma

If you want to be one of the first in the country to have a bottle of the new Australian made gin from Stu Gregor, Matt Jones and Cameron Mackenzie — Four Pillars Gin — now is your chance.

Click here to visit  the Four Pillars campaign on Pozible

Gregor, a good friend of Australian Bartender and the host with the most at this year’s Bar Awards, have got a campaign up on the crowdfunding site Pozible and you can get in on the ground floor with them and get your own bottle of the limited edition Four Pillars Rare Dry Gin from the very first batch. Each bottle will be individually numbered and hand signed, and for only $70 it will also get you membership of the Four Pillars Batch No_1 Club.

And if you want to get behind the guys making great, small batch Aussie gin they’ve got a number of other reward levels you can support them with. They’ve already smashed their target in just over a day on Pozible so get in quick to get your bottle!

0
Australian Bartender November 7, 2013
No Comments Yet

A geek’s insight into the art of distilling gin