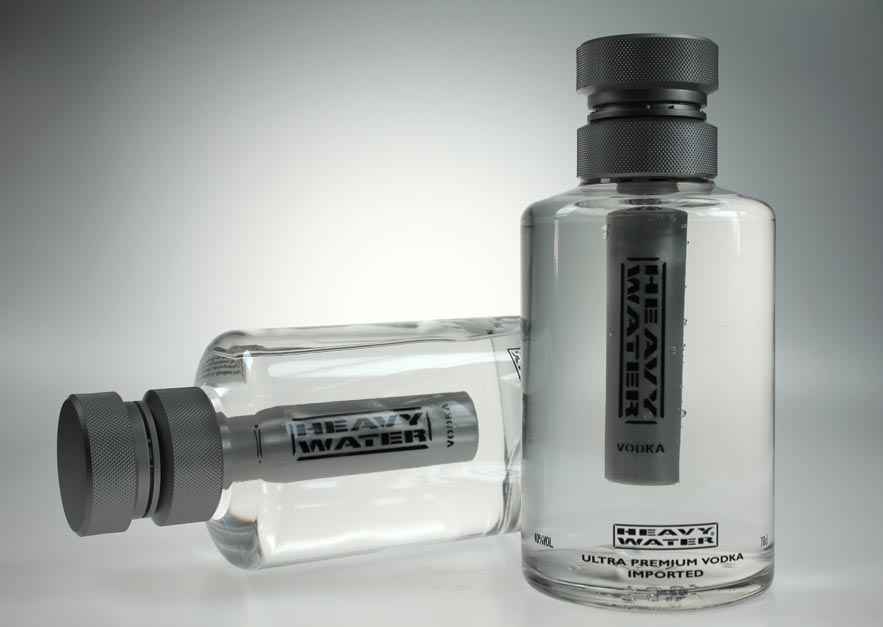 New to the country is this good lookin’ Scandinavian vodka: Heavy Water. It is named for a group of Norwegian saboteurs operating during the latter part of world war two, who helped to nix the nascent Nazi atomic bomb project by destroying a heavy water plant in Telemark, Norway.

But the quality lies in how the spirit is produced. It’s picked up a number of gold medals at different spirits competitions — the San Francisco World Spirits Competition among them — and earned a superb/highly recommended by the influential F. Paul Pacult Spirits journal. It’s distilled using Scandinavian winter wheat, which has a higher level of starch due to being harvested six months later than regular wheat — and all of which makes for a better tasting vodka. It is distilled four times — a result of testing and blind tasting by the brand to find the ideal number of distillations. They found that one or two were too few, and ten too many, finally settling on the golden number of four.

And it comes with its very own aerator inside the bottle. This means that each pour from the bottled is aerated — as it would be if you swirled it about for a few minutes or more — and each sip that hits the glass features lifted aromas. Its got some herbaceous, spicy characters on the nose that follow through to the palate with hints of fennel, pepper and toasty flavours along with a hint of orange — and a killer long finish.

For more information visit quantumspirits.com.au or get in touch via  Twitter (@HeavyWaterOZ) or check it out on Facebook.