Vodka — it’s been declared dead so many times, yet it isn’t going away. This tasting was, in many respects, one of the most difficult blind tastings we’ve arranged so far. That’s because vodka doesn’t ever become a cacophony of different aromas and flavours — it doesn’t offer up bright fruit aromas that are easy to pin down and characterise; vodka is always more nuanced than that. One thing that we do know about vodka is that it’s a category into which there is significant marketing dollars ploughed into each year, so we thought it would be interesting to see where things stood. All the vodkas in the tasting played well (they each received three stars or more), but the Absolut Elyx edged out the others. This might be down to the panel’s clear preference for spirits with more character — the great downfall (if you can call it that) of the Russian Standard Platinum was that it is a particularly pure tasting vodka. And this lead to some discussion about what vodka should be about. 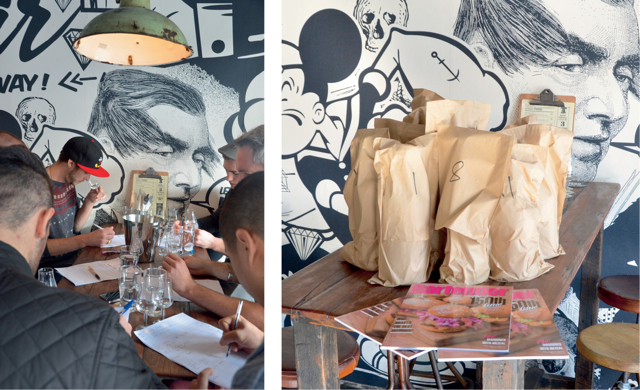 The Wild Rover’s Jonothan Carr, for instance, said he preferred a vodka that had more flavour to it, a touch of copper — something that was perhaps a little less refined and pure.And on the other hand, as Mojo’s Noriel Calub pointed out, there are those who view vodka as a spirit that should by definition be clear, colourless, flavourless, neutral spirit. What is clear is that vodka isn’t dead.

Click through the image below to see a larger version 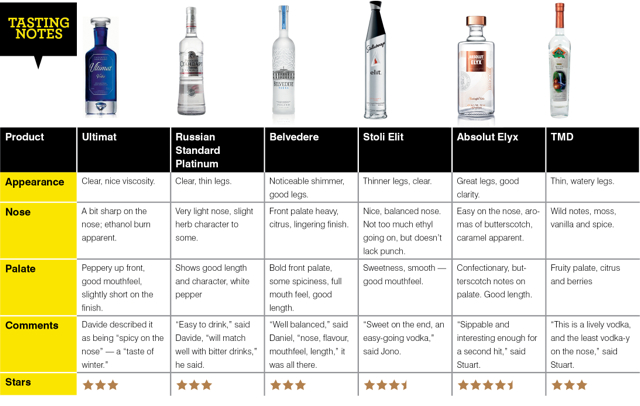